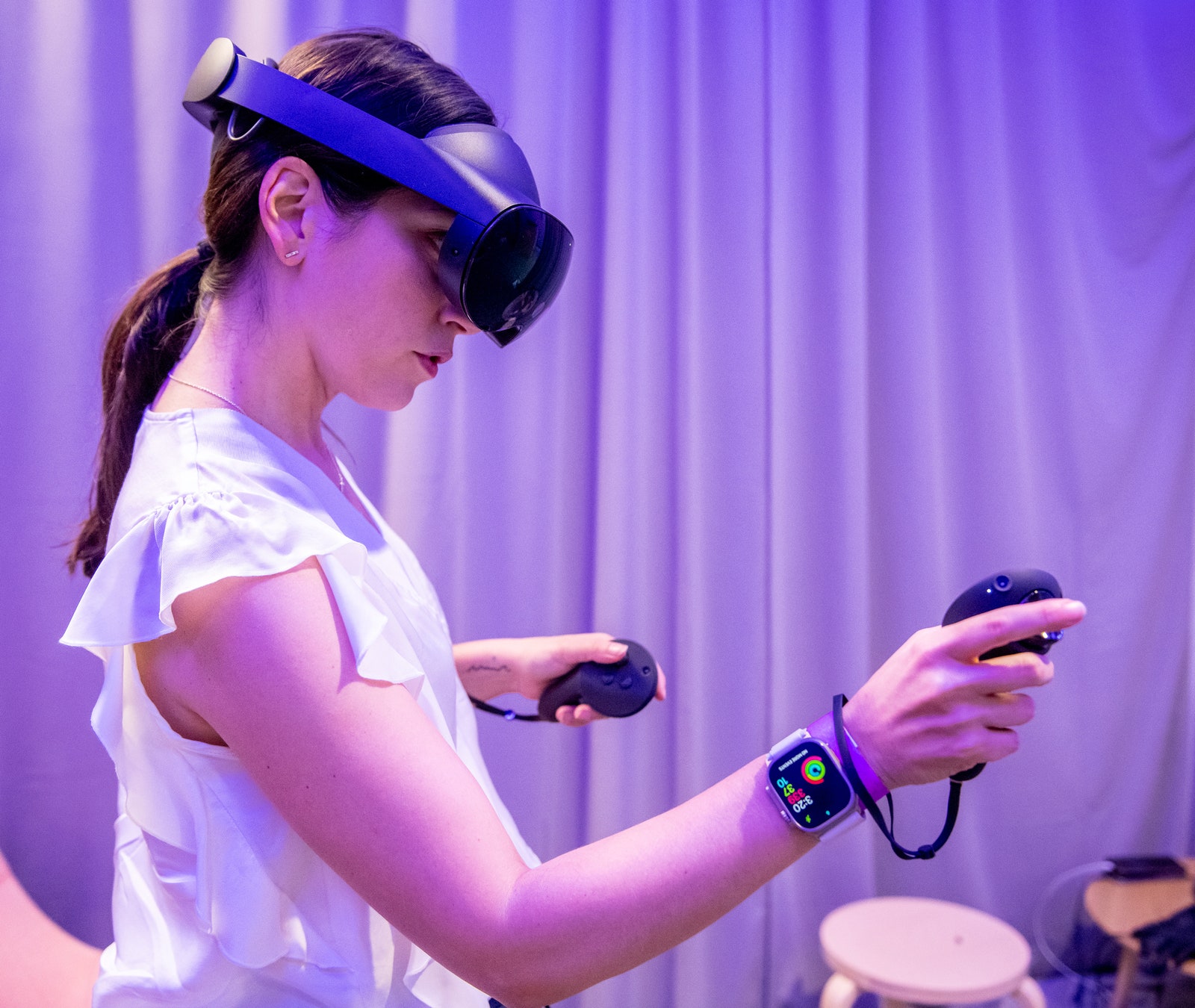 The New York Times columnist,  Farhad Manjoo, takes a look at the state of Mark Zuckerberg’s Metaverse and is not impressed. To the contrary, he characterizes it as a “cartoony wasteland” that has nothing to show for the billions of dollars that has been invested.  Entitled, “My Sad, Lonely Expensive Adventures in Zuckerberg’s V.R.”, he concludes:

“I’m not ruling out socializing in V.R.; it’s possible that someday, someone will crack the code for having a good time in virtual worlds. But Meta’s big spending isn’t getting us there. This is a company with too much money and too little original or innovative thought. It’s burning billions on a party that nobody wants to attend.”

His entire column is below

Where is all the money going?

Meta, the corporation formerly known as Facebook, has been investing staggering sums in what it calls “the metaverse,” the virtual-reality wonderland that Mark Zuckerberg argues represents the future of human connection.

But to me the most interesting questions about the metaverse are less sociological than financial. When I don the company’s latest V.R. headset, the $1,500 Meta Quest Pro, and parachute into Horizon Worlds, Meta’s virtual theme park, it isn’t the future of human communication that I’m left wondering about. Instead it’s the state of Meta’s accounting department.

Zuckerberg’s Xanadu is a cartoony wasteland; everywhere you look, billboards promise big fun — there are concerts, game rooms, open mics, dance halls, bowling alleys, escape rooms and much more. But nearly all of it is a tease. Most of these places have been left for dead; you’ll be lucky to find many venues populated with more than a single other avatar. Every corner of Meta’s metaverse reeks of creepy abandonment, like the post-apocalyptic United States of the Fallout games. And as you wander about the forsaken place you can’t help picturing all those billions being set on fire: Zuckerberg spent all that dough … on this? How? Why? What is he thinking? Is he being blackmailed?

The amounts are stupefying. In an earnings release last month the company said Reality Labs, its metaverse business, had burned through nearly $4 billion in the latest financial quarter. The division spent more than $10 billion so far this year, on pace to exceed the $12 billion it spent on the metaverse last year. In just a few years, Meta’s V.R. investments have exceeded what the United States spent on the Manhattan Project (adjusted for inflation).

Sure, lots of tech companies pour boatloads into new initiatives. Netflix has invested tens of billions of dollars in movies and TV shows. Tesla is spending mightily to build out its car and battery manufacturing operations. And every year Amazon spends billions and billions on data centers and fulfillment warehouses.

But what sets Meta’s spending apart is how amazingly little it has to show for the money. At least Netflix’s billions got us “Stranger Things” and “Squid Game”; Tesla’s money is revolutionizing the car industry, and Amazon’s endless investments let me get same-day shipping on toothpaste and toilet paper. Meta’s V.R. spending, on the other hand, seems barely more fruitful than shoveling cash into a furnace. Reality Labs’ $12 billion in costs resulted in just $2.3 billion in revenue last year; so far this year revenue is just barely higher, while costs are up by more than a quarter.

Meta’s big spending might make sense if it were using the money to subsidize the cost of its V.R. headsets — lowering its prices enough to make the devices a mainstream hit. But as I said, the company’s latest V.R. device sells for an eye-bleeding $1,500.

That headset, the Meta Quest Pro, is quite nice. It’s more comfortable to wear than older and cheaper versions, and its display and motion-tracking system work much more smoothly, eliminating the slight sense of motion sickness and eye strain I’ve felt with previous V.R. devices.

Still, it’s far beyond the price range of most consumers. Meta says the device is aimed at professionals who want to make V.R. a big part of their remote offices, but even that seems a stretch. It’s still a big, bulky thing sitting on your head — I struggled to stay in any V.R. session for longer than an hour or so before my head started to ache. I doubt there will be many office workers turning to this headset as their primary work device.

And Meta’s cheaper headset is hardly cheap. At $399, the Meta Quest 2 is as costly as many high-end video game consoles — and far less useful. Where an Xbox Series S or PlayStation 5 teems with games and a huge community of users to play against, much of Meta’s Quest ecosystem feels like a work in progress. There are many apps and games available in Meta’s V.R. store, and a few are pretty fun — most, though, seem like beta products, asking you for $10 or $20 for games that offer barely an hour of enjoyment.

And then there’s Horizon Worlds, the social corner of Meta’s metaverse. Horizon Worlds is meant to be the V.R. equivalent of the Facebook app — it’s a place to hang out, to chat with friends and strangers, to play games, to explore the digital future of human relationships. It seems to be Zuckerberg’s favorite part of V.R.; he frequently posts images of his adventures through Horizon Worlds, often describing it as the future of digital socialization. But on a call with investors last month he did concede that Horizon Worlds “obviously has a long way to go before it’s going to be what we aspire for it to be.”

I’ll say. Citing internal company documents, The Wall Street Journal reported last month that Meta has been forced to reduce its growth expectations for Horizon Worlds — the company once aimed for hitting 500,000 monthly active users by the end of the year, but it’s currently at fewer than 200,000.

“An empty world is a sad world,” noted a company document cited by the Journal. That rang true to me. My time in Horizon Worlds often felt more gloomy than fun. Here is the main social app on the most important new device made by the internet’s most successful social-networking company — and it’s a buggy, empty, low-fi mess, where avatars don’t even have legs (yet); where most of the “worlds” I visited were deserted and the most populous places I found had just dozens of people; and where conversations frequently go little deeper than “hey” and “how you doin’?”

I’m not ruling out socializing in V.R.; it’s possible that someday, someone will crack the code for having a good time in virtual worlds. But Meta’s big spending isn’t getting us there. This is a company with too much money and too little original or innovative thought. It’s burning billions on a party that nobody wants to attend.