The NY Times editorial pages today take another look at the recent ruling by Judge Denny Chin that struck down Google’s deal to digitize “all” of the world’s books.   This ruling was commented upon last week in this blog and referred specifically to a column by Gail Collins calling for a “public” digital library to replace the Google or privately-held library.  Today’s piece supports Gail Collins  and also pushes the position that a private entity should not control such a significant portion of our cultural heritage:

“Judge Chin argued that the agreement would grant Google a virtual legal monopoly over the online book search. That is too high a price to pay.”

I agree fully with this point of view.  Maybe it is because I do not like monopolies of any sort but also that our books are an incredibly important part and testament of who we are as a people and should not be controlled by a for-profit entity.

President Barack Obama in an address yesterday, declared that students in our public schools take too many standardized tests.  He had kernel after kernel as to why an over-reliance on standardized testing is not in the best interests of our children and their educations including:

.teaching to the tests is prevalent in too many schools.

.passing tests do not necessarily prepare students for the world.

.tests are used to punish students not help them.

.tests are used to punish schools and declare them failures.

His message is long overdue and I sincerely hope he can make the necessary revisions to the next version of the Elementary and Secondary Education Act to develop a sane assessment system for public education.

Last week I commented on this blog the coverage of New York Magazine’s featured article on Michelle Rhee’s plan to develop an “interest group” named StudentsFirst modeled on the National Rifle Association.  The “interests” of her group will essentially be the school reform platform she pushed while superintendent of the Washington, D.C. public schools including performance pay for teachers, expanding charter schools, and ending teacher tenure.  In  yesterday’s USA Today, the cover article reported on its investigation of high erasure rates found in 103 of Washington, D.C. public schools during Rhee’s tenure as superintendent.   The investigation calls into question whether the gains in tests scores during Rhee’s watch were more the result of cheating by teachers and/or principals in order to appear  as if schools had improved.  Much of the data supplied for this investigation was provided by CTB/McGraw-Hill, Washington, D.C.’s testing company.  The story paints a horrible picture of parents being completely misled by school authorities as to the academic progress of their children.

Paul Krugman, has a piece in today’s NY Times on the “American thought police”  and describes the harassment of  William Cronon, a historian who teaches at the University of Wisconsin, for weighing in on his blog about  his state’s political turmoil.  Cronon also published an opinion piece in The NY Times, suggesting that Wisconsin’s Republican governor has turned his back on the state’s long tradition of “neighborliness, decency and mutual respect.”      The “American thought police’ retaliated by  demanding copies of all e-mails sent to or from Mr. Cronon’s university e-mail account containing any of a wide range of terms, including the word “Republican” and the names of a number of Republican politicians.   The column goes on to explain that this type of harassment is becoming more frequent and directed especially at academics.  Krugman’s conclusion is:

“What’s at stake here, in other words, is whether we’re going to have an open national discourse in which scholars feel free to go wherever the evidence takes them, and to contribute to public understanding. Republicans, in Wisconsin and elsewhere, are trying to shut that kind of discourse down. It’s up to the rest of us to see that they don’t succeed.” 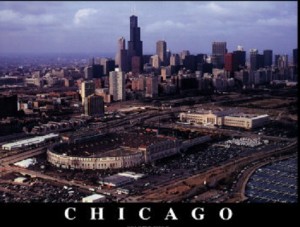 I am traveling this week to the Sloan Consortium’s Blended Learning Conference in Chicago.  This is the eight year of this conference which started in 2003 with about 35 attendees.  It will likely draw somewhere between 300-400 people this year.  For much of education, both Pre-K and colleges/universities, blended learning will be the future instructional application of choice for most teachers.  A number of our colleagues in CUNY will be making presentations related to the CUNYwide Blended Learning Initiative.

Also in today’s NY Times is an article heralding the soon to be explosion of HTML5 applications.  The core aim of HTML5 is to improve the HTML language with support for the latest multimedia while keeping it easily readable by humans and consistently understood by computers and devices.  We should start seeing a good deal more high-quality video content on our web browsers.  Mozilla and Internet Explorer have recently been upgraded to handle HTML5.

Bob Herbert  wrote his last column today for the NY Times.  Mr. Herbert has been a voice for people especially the poor, minorities, and workers for eighteen years.  In his last column instead of a walk down memory lane, his theme is “Losing Our Way” in which  he comments on the fact that America always seems to be able to find resources to involve itself militarily anyplace in the world but cannot find the resources to build our nation’s people infrastructure.  He comments specifically on our current involvement in Libya as a time “when  the most powerful country ever to inhabit the earth finds it so easy to plunge into the horror of warfare but almost impossible to find adequate work for its people or to properly educate its young’.

“The current maldistribution of wealth is … scandalous. In 2009, the richest 5 percent claimed 63.5 percent of the nation’s wealth. The overwhelming majority, the bottom 80 percent, collectively held just 12.8 percent…A stark example of the fundamental unfairness that is now so widespread was in The New York Times on Friday under the headline: “G.E.’s Strategies Let It Avoid Taxes Altogether.” Despite profits of $14.2 billion — $5.1 billion from its operations in the United States — General Electric did not have to pay any U.S. taxes last year….G.E. is the nation’s largest corporation. Its chief executive, Jeffrey Immelt, is the leader of President Obama’s Council on Jobs and Competitiveness. You can understand how ordinary workers might look at this cozy corporate-government arrangement and conclude that it is not fully committed to the best interests of working people.”

His sign-off is that the corporations and the very wealthy will continue to do well. The employment crisis never gets addressed. The wars never end. And nation-building never gets a foothold here at home.

Best of luck Bob in your new endeavors and thank you for your commentary and insights.

I don’t know how many of you were following the recent decision by federal judge Denny Chin, who  rejected the settlement between Google and a group of authors and publishers who had sued the company for copyright infringement. Gail Collins in her NY Times column, reviews Judge Chin’s ruling and concludes that it is a victory for the public good by preventing Google  from monopolizing access to over 15 million books and in a sense to our common cultural heritage.  I originally was of the opinion that Google was performing a public good by digitizing so much content.  One of my own books was part of Google’s library and I was happy that it was freely available. Regardless with Judge Chin’s decision, Google’s digital library project will have to be rethought.  Gail Collins suggests that the federal government take up the idea as have several other countries and develop a digital “public” library that would make books freely available. And maybe Google could be enlisted to assist in this endeavor. 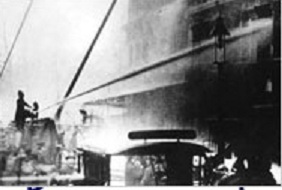 March 25th is the 100th Anniversary of the Triangle Shirtwaist Factory fire in New York City.  It was the deadliest industrial disaster in the history of the city and caused the deaths of 146 garment workers, who either died from the fire or jumped to their deaths. Most of the victims were recent immigrant Jewish and Italian women in their teens and early twenties.   Many of the workers could not escape the burning building because the managers had locked the doors to the stairwells and exits. People jumped from the eighth, ninth, and tenth floors. The fire led to legislation requiring improved factory safety standards and helped spur the growth of the International Ladies’ Garment Workers’ Union, which fought for better working conditions for sweatshop workers.

While safety conditions surely improved after the fire, the nature of the piece work with young women being driven to sew as many articles (shirts, blouses, pants, etc.) continued for decades.  My mother, Philomena, and my aunt, Zina, told stories when I was a child of what it was like to work in these conditions, not stopping for anything to sew as many pieces as possible in order to make a decent wage.

There will be a number of services commemorating the 100th Anniversary.  At the CUNY Graduate Center, there is an all-day program with speakers retelling the story of the fire and its victims.  The NY Times has a website dedicated to the event.

New York Magazine’s featured article this week is a look at Michelle Rhee’s plan to develop an “interest group” named StudentsFirst modeled on the National Rifle Association.  She hopes to raise $1 billion from mostly well-heeled donors – $50 million from twenty individual donors = $1 billion.  The “interests” of her group will essentially be the school reform platform she pushed while superintendent of the Washington, D.C. public schools including performance pay for teachers, expanding charter schools, and ending teacher tenure.  The article goes on to establish that Ms. Rhee has the ear of a number of influential policymakers and financiers and predicts that her organization will be something that will have a voice in shaping in education policy at the national level.

Inside Higher Education and the online version of the NY Times in the past couple of days have featured a discussion on the best course of study for college students.   But the choices are not always clear according to Bill Gates and Steve Jobs.

In a talk to the nation’s governors earlier this month, Mr. Gates emphasized work-related learning, arguing that education investment should be aimed at academic disciplines and departments that are “well-correlated to areas that actually produce jobs.”

Steve Jobs, at an event unveiling new Apple products, said: “It’s in Apple’s DNA that technology alone is not enough — it’s technology married with liberal arts, married with the humanities, that yields us the result that makes our heart sing and nowhere is that more true than in these post-PC devices.”

I tend to go with Jobs as in Steve.