Last week, New York City approved the development of new tests in its public schools.  Up to sixteen new tests may be created .   Elementary school students would most likely take at least one or two additional tests every year, beginning in the third grade. High school students could take up to eight additional tests a year, and middle school students would also have extra tests. These would be in addition to the state English, math and Regents exams that students already take.  The difference of these tests is that they will be used to determine the effectiveness of teachers not necessarily the performance of students.  It is incredible that a school system that has based almost its entire school reform efforts over the past ten or so years on testing feels it has to do more testing.  I am sure that as these tests are administered, we will hear more from the teachers, parents and others.   On one side (central office administrators and politicians) will be the accountability advocates and on the other (principals, teachers, and parents) will be the plea to stop the testing insanity.  What the students think will not matter.

Their Sacrifices Are Permanent!

Nicholas Kristof’s  column today in the NY Times comments on the progress China and India are making to modernize and reform their societies.  Kristoph has traveled extensively in both countries and sums ups that while “China’s autocrats are extraordinarily competent, in a way that India’s democrats are not”, he is impressed with the progress made in recent years in India more so than China.  His comparisons include:

He concludes that while India still lags far behind China, his “hunch is that the world’s largest democracy increasingly will become a source not of embarrassment but of pride”. 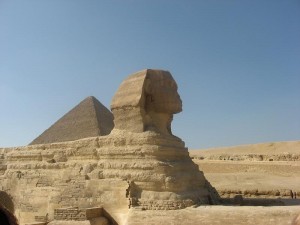 While most of the recent news coming out of Egypt is about demonstrations, a recent BBC documentary focused on how satellite infrared imaging is being used by archeologists to discover ancient pyramids and entire cities.  Below are two brief videos that give a sense of the technique and the new findings that are occurring even as Egypt redefines its political system.   Dr. Sara Parcak from the University of Alabama is quoted in these videos and explains the importance of this technology. 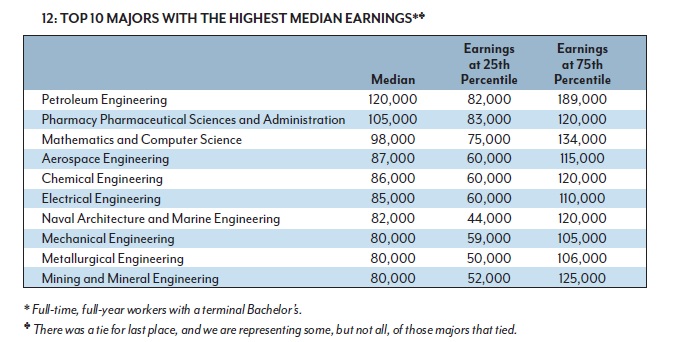 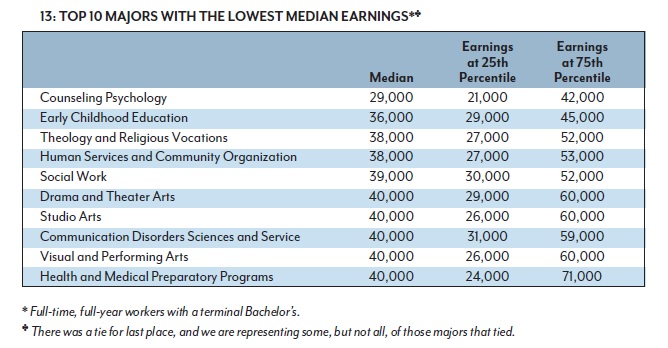 A new report entitled, What’s It Worth:  The Economic Value of College Majors,  released by Georgetown University’s Center on Education and the Workforce,  examines characteristics of college majors related to employment and earning power.   It contains dozens of tables illustrating popular majors by gender, race, and occupations.    To quote from the Executive Summary:

“while we found that any degree is better than no degree, we also found that there are significant differences. For example, the median earnings for full-time, full-year workers with Bachelor’s degrees (but no graduate diplomas) vary dramatically — from $29,000 for Counseling Psychology majors to$120,000 for Petroleum Engineering majors.”

It is worth a look. 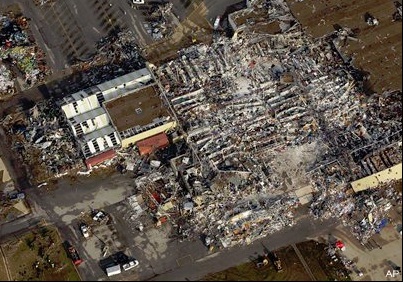 The NY Times has an interactive aerial photograph website showing Joplin, Missouri before and after the tornado hit the city.  It is quite telling in illustrating nature’s destructive power.  The death toll is 125 and rising.

New York Magazine has two pieces in its current online edition on Fox News.  Both are must reads for those interested in how Fox News operates as the media mouthpiece for the Republican Party.  One article by Jason Zengerle looks at David Brock’s attempt to expose Fox News for the cable news voice of conservative America.   The second article by Gabriel Sherman on Roger Ailes, Chairman of Fox News, is far more provocative and examines his success, his contacts, and his ambitions for Fox News.   She has the quote of the day and attributes Roger Ailes as saying:

“He thinks things are going in a bad direction,” another Republican close to Ailes told me. “Roger is worried about the future of the country. He thinks the election of Obama is a disaster. He thinks Palin is an idiot. He thinks she’s stupid. He helped boost her up. People like Sarah Palin haven’t elevated the conservative movement.

There may be the slightest glimmer of hope for Fox News afterall.

“Last week my wife and I told our 13-year-old daughter she could join Facebook. Within a few hours she had accumulated 171 friends, and I felt a little as if I had passed my child a pipe of crystal meth.”

He goes on to question the benefits of quick, instantaneous access to others and information.  Citing  a number of social critics, scholars, and writers,  he concludes:

“There is a growing library of credible digital Cassandras who have explored what new media are doing to our brains (Nicholas Carr, Jaron Lanier, Gary Small and Gigi Vorgan, William Powers, et al.). My own anxiety is less about the cerebrum than about the soul, and is best summed up not by a neuroscientist but by a novelist. In Meg Wolitzer’s charming new tale, “The Uncoupling,” there is a wistful passage about the high-school cohort my daughter is about to join.”

Wolitzer describes them this way: “The generation that had information, but no context. Butter, but no bread. Craving, but no longing.”

The NY Times has an article on the Gates Foundation and its focus on overhauling the country’s education policies.   One of its objectives is to advocate for alternatives to union orthodoxies on issues like the seniority system and the use of student test scores to evaluate teachers.   To accomplish its ends:

“ Mr. Gates is creating entirely new advocacy groups. The foundation is also paying Harvard-trained data specialists to work inside school districts, not only to crunch numbers but also to change practices. It is bankrolling many of the Washington analysts who interpret education issues for journalists and giving grants to some media organizations.

The foundation spent $373 million on education in 2009, the latest year for which its tax returns are available, and devoted $78 million to advocacy — quadruple the amount spent on advocacy in 2005. Over the next five or six years…the foundation expects to pour $3.5 billion more into education, up to 15 percent of it on advocacy. “

If readers are interested in this subject, I would recommend Diane Ravitch’s book,  The Death and Life of the Great American School System, specifically Chapter Ten, entitled the Billionaires Boys Club.   It details among other things how Bill Gates (through the Bill and Melinda Gates Foundation), Eli Broad (through the Broad Foundation), and the Walton (Wal-Mart) families (through the Walton Family Fund) dictate educational policy via “philanthrophy.”  Ms. Ravitch gave a speech on this topic at the NEA in 2010.

Another good piece entitled How Billionaire Donors Harm Public Education, by Valerie Strauss appeared in The Washington Post in October 2010.

In sum, the  “Great American Educational-Industrial Complex” is alive, rich and getting stronger.

There has been so much going on during the past couple of days that it is difficult to select what will be of most interest.

First, Amazon.com, announced on Thursday that as of April 1st e-book sales for its Kindle, have outnumbered hard-cover and print books.  For every 100 print (hard cover or paperback) book sold, Amazon sells 105  Kindle books.  The fact is that reading in general and hence the buying of books is up.  E-book sales in March were $69 million, an increase of 146 percent from the year before, the Association of American Publishers said Thursday. Sales of adult hardcover books grew 6 percent while paperback sales decreased nearly 8 percent.   Keep-on reading!

Second, the NY Times is reporting that responding to a lawsuit seeking to prevent New York City from closing 22 poorly performing schools, Mayor Michael Bloomberg made a comment on Friday about parents of children in those schools that immediately prompted outrage.

“Unfortunately there are some parents who just come from — they never had a formal education, and they don’t understand the value of education” Mr. Bloomberg said during his weekly radio appearance.

The schools in question are filled with poor, minority and immigrant students, including many who are homeless.   Zakiyah Ansari, a parent organizer with the Alliance for Quality Education, an umbrella organization that is also part of the suit, said she was insulted.

“How dare he say we don’t know what we’re talking about!” said Ms. Ansari, whose organization represents more than 200 parent, teacher and student groups. “How dare he assume that because we’re poor or black or Latino or homeless or all of the above, that we’re uneducated, that we don’t know what’s best for our kids!”  I think a Bloomberg Mea Culpa is in order.