My time in New Orleans continues at the EDUCAUSE Learning Initiative (ELI) Annual Meeting. Yesterday was the second day of the meeting and  here is a recap of the sessions I attended.  The general session had Jules Polenetsky (CEO, Future of Privacy Forum) give a most important presentation about privacy issues in this era of big data.  He identified a number of examples of where infringements brought on by online services, smart home devices such as Alexa, and wearable technology were emerging.  I thought it a good presentation that raised a number of important issues for educators to consider.

I then attended a session by the Online Learning Consortium’s Jill Buban and Nori Barajas-Murphy. They brought the audience up to date on the OLC Research Center for Digital Learning and Leadership.  They specifically demonstrated the Practical Evaluation of Digital Learning (PEDL) toolkit that they are developing.

Chuck Dziuban led an excellent session entitled, A Collaborative Research Agenda for Evaluating the Impact of Adaptive Learning, that reported on  a cooperative adaptive learning research project going on the University of Central Florida, Colorado Technical University and the research unit of the platform provider Realizeit.  He and his colleagues (Patsy Moskal, Constance Johnston and Colm Howell were most knowledgeable and provided a very balanced view of the adaptive learning development (“it is not a silver bullet”) at their institutions.

Today I will lead a panel discussion on Higher Education’s Digital Future… Stop by at 8:30 in the Acadia Grand Ballroom.

I am here in New Orleans at the EDUCAUSE Learning Initiative (ELI) Annual Meeting.  Yesterday was the first day of the meeting and I attended several sessions.  The main speaker of the day was Bernard Bull who delivered the Bob Heterick Memorial Lecture.  The focus of his presentation was his research on entrepreneurship and education.  He sees higher education as having a good deal to benefit from building a closer relationship with small entrepreneurial companies that develop instructional technology.  He gave a number of examples during his talk but also admitted there was caution/resistance in our colleges and universities.

I also attended an excellent session featuring Lou Pugliese (Arizona State University) and Timothy Renick (Georgia State). They reported on a study of six institutions examining the impact of digital learning on institutional priorities (e.g., enrollment growth, student outcomes, and financial returns).  They had excellent insights and commented that in mounting new digital learning initiatives do not expect major leaps in outcomes initially and accept small percentage improvements and hope that they will increase over time.

I had dinner at night with colleagues Patsy Moskal, Peter Shea, and Chuck Dziuban.

A good first day at this meeting.

New York Times columnist, Maureen Dowd, roasted Donald Trump as a “crass embarrassment” to our country in her column today.  She does it by examining the relationship of Donald Trump and his wife, Melania.  In Dowd’s view, Melania is coming across as someone with quiet dignity who is living through a nightmare of a marriage where every transgression is in the public eye.  Here is an example:

“…while the kid from Queens was abroad trying to impress the soul-sucking global elites he got elected railing against, pathetically bragging that he had “a crowd like they’ve never had before in Davos,” Melania made a solo visit to the Holocaust Museum here for Holocaust Remembrance Day. This looked like a subtle reproach to Trump for his unspeakable defense of the “very fine people” among the neo-Nazis in Charlottesville, Va., and an allusion to the president’s statement last year on remembrance day, which somehow neglected to remember Jews or anti-Semitism.

Afterward, the always elusive first lady became even more elusive, slipping out of Washington, much to the surprise of the press. Suddenly, as Stormy Daniels began her media tour on “Inside Edition” and booked an appearance on “Jimmy Kimmel,” Melania was making a stealthy landing in Florida on an Air Force plane.

Maureen saved a couple of barbs for Hillary Clinton and the Democrats:

“…it was the Democrats’ preference for lecturing and entitlement over winning and wooing. They passed over people who had better messages and more authentic personae who might have beaten Trump, like Bernie Sanders and Joe Biden, and gave the nomination to Hillary Clinton, a flawed feminist icon who was stunted in her ability to criticize her rival for his retrogressive treatment of women since she had enabled her husband in his retrogressive treatment of women.

The Times reported Friday that Hillary protected a senior adviser on faith in her 2008 campaign who was accused of repeatedly sexually harassing a young female aide. Hillary ignored the advice of her campaign manager, Patti Solis Doyle, to fire the man, Burns Strider, and simply docked him several weeks of pay and made him undergo counseling. The subordinate who complained was given a new job.

As The Times’s Susan Chira wrote, the episode was “a poignant reminder that placing women in positions of leadership does not ensure they will always act to protect other women.”

Dowd’s piece is worth a read.

I leave today for New Orleans to attend the EDUCAUSE Learning Initiative (ELI) Annual Meeting.  Achieving Student Success through New Models of Learning is the theme of this year’s meeting. ELI will feature hands-on workshops, interactive presentations, poster sessions, and preconference seminars, along with other ELI session formats. Like every year, there will be numerous opportunities to network and discuss current trends and issues within higher education teaching and learning.

All of the details about the program are available at the Conference website.

I have a session on Wednesday morning with colleagues Chuck Dziuban, Patsy Moskal, Mary Niemiec, and Karen Swan on Higher Education’s Digital Future Is Closer Than We Think!  Below is the abstract.

If you are attending, please feel free to stop by.  We would love to see you!

Higher Education’s Digital Future Is Closer Than We Think! – Sponsored by CloudEnablers

Wednesday, January 31 | 8:30am – 9:15am CT | Grand Ballroom – Acadia, Third Floor
Session Type: Featured Session
Delivery Format: Featured Session
A panel of leading educators will speculate on higher education’s digital future. The discussants will consider both the near future (2020s) and more distant future (2030s and beyond). Critical issues examined will include the changing role of college faculty, the ascendency of instructional design and off-the-shelf courses, the role of online education in promoting changes in institutional missions, strategies, and student social class separation. We will specifically examine predictions described in the book Online Education Policy and Practice: The Past, Present, and Future of the Digital University, authored by Anthony G. Picciano, who will co-lead the panel. 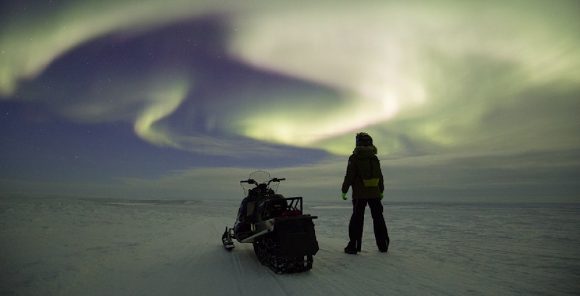 While we here in the continental United States enjoy a January thaw, there are people who live in the far North and who, after the winter solstice, don’t see the sun for weeks.  The New York Times asked readers who know arctic winters well to share their stories and photos of life in the polar darkness. Nearly 700 readers responded from areas all around the Arctic Circle. 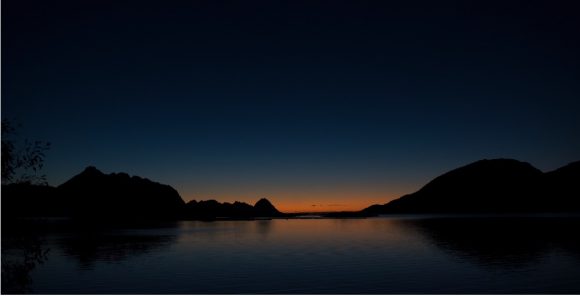 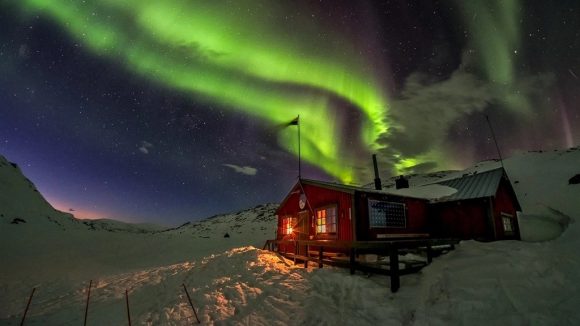 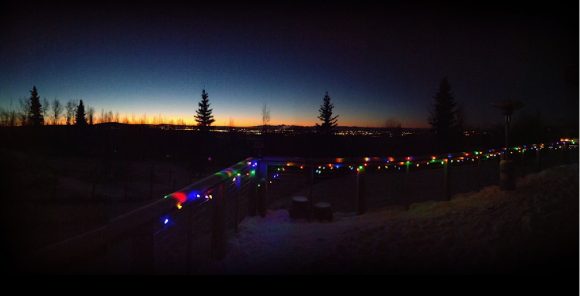 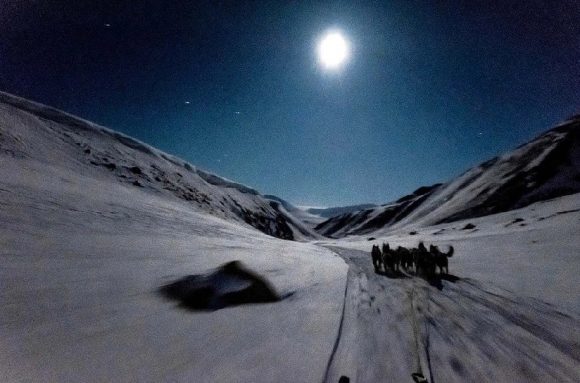 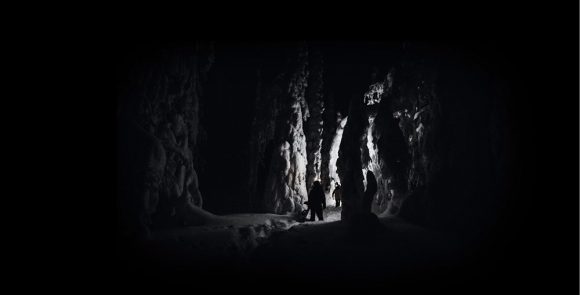 President Donald Trump last June ordered Special Counsel Robert Mueller fired but backed down after the White House counsel threatened to resign rather than follow his directive.  According to the New York Times:

“Mueller, who is investigating allegations of Russian meddling in the 2016 U.S. election, learned of the incident in recent months as his investigators interviewed current and former senior White House officials in an inquiry into whether the president obstructed justice…

Amid media reports that Mueller was looking into a possible obstruction case, Trump argued that the former FBI director had conflicts of interest that disqualified him from overseeing the probe…

After receiving the president’s order to fire Mr. Mueller, the White House counsel, Donald F. McGahn II, refused to ask the Justice Department to dismiss the special counsel, saying he would quit instead.

“The FCC’s dangerous ruling goes against the core values of our democracy, and New York will do everything in our power to protect net neutrality and the free exchange of ideas,” Governor Cuomo said. “With this executive order, we reaffirm our commitment to freedom and democracy and help ensure that the internet remains free and open to all.”

I think we are going to see many more states follow Montana and New York on this.

President Trump said yesterday that he was “willing and eager” to be interviewed by Robert S. Mueller III, the special counsel investigating Russia’s interference in the 2016 presidential campaign, insisting that he has done nothing wrong.

“I’m looking forward to it, actually,” Mr. Trump said of talking to Mr. Mueller, answering months of speculation over whether he was willing to submit to questions from the special counsel, who is also believed to be looking into whether the Trump campaign aided Moscow’s effort and whether the president sought to thwart the inquiry itself.

Trump’s White House lawyer, Ty Cobb, told the Times the president’s comments were made off-the-cuff and tried to downplay the gravity of the statements.

“He’s ready to meet with them, but he’ll be guided by the advice of his personal counsel,” Cobb told the outlet.

I spent all day yesterday and will being doing the same today attending meetings with colleagues from the United States Department of Education’s Institute of Education Sciences (IES) and ABT Associates for the Using Instructional Technology to Support Postsecondary Learning project for the  What Works Clearinghouse (WWC) series of publications.

We are reviewing findings from approximately 30 randomized controlled studies on the following topics:

Very interesting discussions and I am learning a lot.

The ratings agency, Standard & Poor, has issued its annual credit report on the financial state of higher education for the coming year.  It essentially suggests a bleak outlook for many colleges particularly smaller, non-public schools with limited endowments. As reported in The Chronicle of Higher Education:

“Higher education will face many of the same challenges in 2018 that it has in previous years, but additional state and federal pressures suggest a bleak outlook for the sector this year, according to the ratings agency Standard and Poor’s.

“S&P Global Ratings believes institutions with limited flexibility, whether that be in programming, financial operations, enrollment, resources, or student draw, could face credit pressure in the upcoming year,” analysts for the ratings agency wrote in a report issued on Tuesday.

Among the risks to the sector, S&P cited the recently passed federal tax overhaul and the uncertainty surrounding its material effect on institutions. “Whatever the magnitude,” the analysts expect it to be “negative in direction.” The new law enacts a 1.4-percent excise tax on some private colleges with large endowments, and though the scope of the tax is limited, the agency believes it opens the door for an expanded endowment tax — either in percentage or scope — in the future.

Further, students and parents seek decreases in the cost of attendance, while expecting better services and amenities; and as the “disparity between student expectations and willingness to pay” continues to grow, the analysts wrote, it will further strain midlevel institutions. In the long term, institutions must also be wary of reputation risk in an increasingly politicized public climate.

However, the agency says, opportunities exist for the sector if it can shed its reputation for being slow to change and continue to adopt “nontraditional or new strategies and partnerships,” like the Purdue-Kaplan and Boston University-Wheelock College mergers. And as the profile of who is going to college continues to change, so might many institutions’ recruiting and enrollment strategies to seek what was formerly considered the “nontraditional student.”

The reference in the last paragraph to high-profile mergers like “Purdue-Kaplan and Boston University-Wheelock College” may indeed become more common in the years ahead.