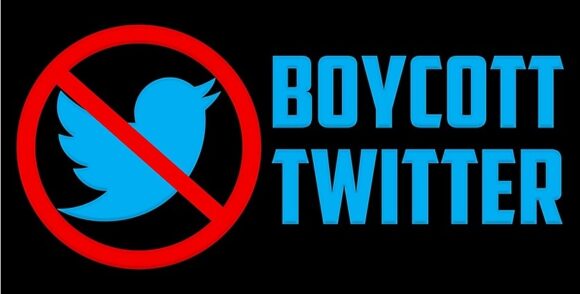 Major civil rights organizations including the NAACP and the Anti-Defamation League are calling on advertisers to boycott Twitter.  In a statement released yesterday, NAACP President and CEO Derrick Johnson wrote that “until [actions] are taken to make Twitter a safe space, corporations cannot in good conscience put their money behind Twitter.” Johnson affirmed that “Twitter must earn its advertisers by creating a platform that safeguards our democracy and rids itself of any account that spews hate and misinformation.”

While organizations claimed they were having productive discussions with Tesla billionaire Elon Musk in the aftermath of his takeover of the social media platform, progress took a Sisyphean roll back down the hill yesterday. The Anti-Defamation League called for advertisers to boycott Twitter, as well, releasing a statement in conjunction with several organizations indicating that despite stating concerns regarding the proliferation of antisemitism and hate on Twitter, Musk “has taken actions that make us fear that the worst is yet to come.”

The NAACP and ADL are part of #StopToxicTwitter, a coalition of more than 60 civil society groups, which also includes Color of Change, Voto Latino, Free Press, LULAC, GlAAD, the National Hispanic Media Center, and Sleeping Giants. Members of the group met with Musk on Nov. 2 to discuss concerns over “potential changes being discussed for Twitter,” as well as an “uptick in extremist activity, racism, antisemitism, homophobia, disinformation and more.”

“Until Musk can invest in and prioritize teams that can robustly enforce Twitter’s existing community standards,” the coalition wrote in a statement, “the platform is not safe for users nor advertisers.”

The statement came hours after Musk blamed “activists” for Twitter’s plummeting advertiser revenue, accusing them of wanting to “destroy free speech in America.”

According to internal documents reviewed by The New York Times, Musk plans to launch a revamped version of Twitter Blue on Monday, which at $8 per month will allow users to pay for a verification badge; the documents suggest the program will not require any form of identity confirmation.

In a statement released on Twitter, Free Press, a media advocacy group, echoed concerns that Musk’s gutting of Twitter’s staff would essentially render it “impossible for the company to uphold critical brand safeguards and content-moderation standards.”

The concern is compounded by the fact that the changes Musk is implementing are taking place days before the United States holds its midterm elections. Various candidates are running on platforms infused with election fraud conspiracies, and there are concerns that the radical transformation of Twitter could amplify misinformation surrounding breaking news events.

I agree with the position these civil rights groups are taking.  Elon Musk is ignoring Twitter’s social responsibility.