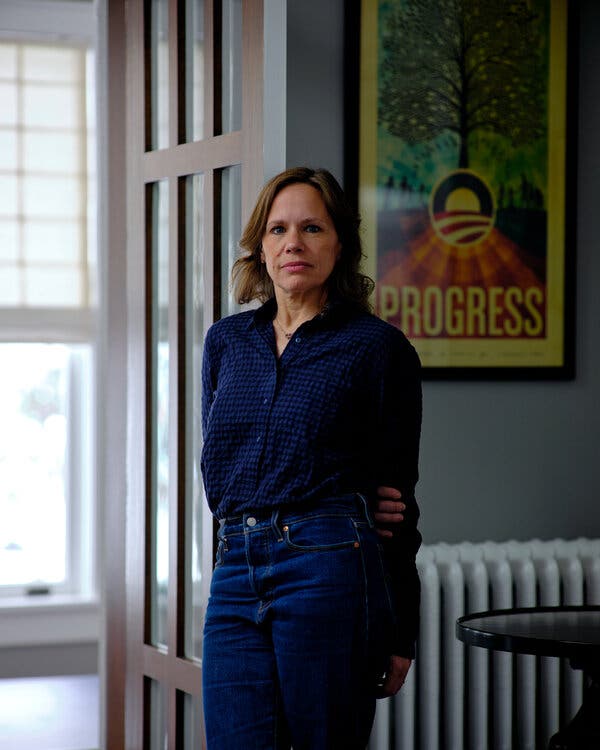 Before 2020, Jennifer Sey, a top executive at Levi Strauss & Company and a leading candidate to be the company’s next leader, barely used social media. Two years later, Ms. Sey was out of a job, in part, in her telling, because of her activity on Twitter.

Ms. Sey’s unusual exit last month from Levi’s after more than 20 years generated a flurry of headlines, with her claiming in a widely circulated essay that her advocacy for school reopenings during the pandemic made her a pariah at work and ultimately led to her ouster. As reported by The New York Times.

But the road to her departure was complicated. It touched on issues like whether corporations can control the personal speech of their employees, particularly in a period of isolation, and the politics tied to speaking on certain platforms, like Fox News opinion shows.

The vast majority of Ms. Sey’s tweets were about schools, but some of them criticized guidance from the Centers for Disease Control and Prevention and Dr. Anthony S. Fauci, whom she accused of fear mongering. (“So when is Fauci going to stop doing the morning shows on Sunday, terrorizing the already fearful?” she tweeted in April 2021.)

She also expressed skepticism about the effectiveness of masking, mostly for young children. (“Currently there is not enough evidence for or against the use of masks (medical or other) for healthy individuals in the wider community,” she posted in May 2020.)

Ms. Sey’s outspokenness drew criticism both inside and outside the company, including threats of boycotts. The tweets came when Levi’s was using public health guidance to manage protocols across hundreds of stores and in distribution centers. But Ms. Sey said she was speaking as a concerned mother, not a corporate executive. She also noted that Levi’s — which has been vocal about hot-button issues like gun control — had not previously complained when she posted on social media in support of Democratic politicians like Senator Elizabeth Warren or more liberal causes.

Levi’s disputes Ms. Sey’s account of events, including her claims that she was punished because her views veered from “left-leaning orthodoxy” and that she walked away from a $1 million severance package in order to be able speak freely about the company. Levi’s said Ms. Sey had quit rather than negotiate an exit package, which would have contained a nondisclosure agreement. It “would not contain a prohibition on the executive speaking out about matters of public interest such as school closures or on engaging in any legally protected speech,” Kelly McGinnis, the senior vice president of corporate affairs at Levi’s, said in a statement.

Ms. McGinnis said that Levi’s supported Ms. Sey’s advocacy on schools, but that she “went far beyond calling for schools to reopen, and frequently used her platform to criticize public health guidelines and denounce elected officials and government scientists.”

She added that Ms. Sey “did this at a time in 2020 and 2021 when hospitalizations and deaths from Covid were spiking, when the company had its own employees hospitalized, and in some cases dying, and companies like Levi’s were using guidance from public health officials to implement policies to keep our employees and consumers safe.”

The company’s social media policy says that employees are free to discuss their views but that it expects employees to protect the company’s “reputation and image.”

This is an interesting case and one that I think is not over!