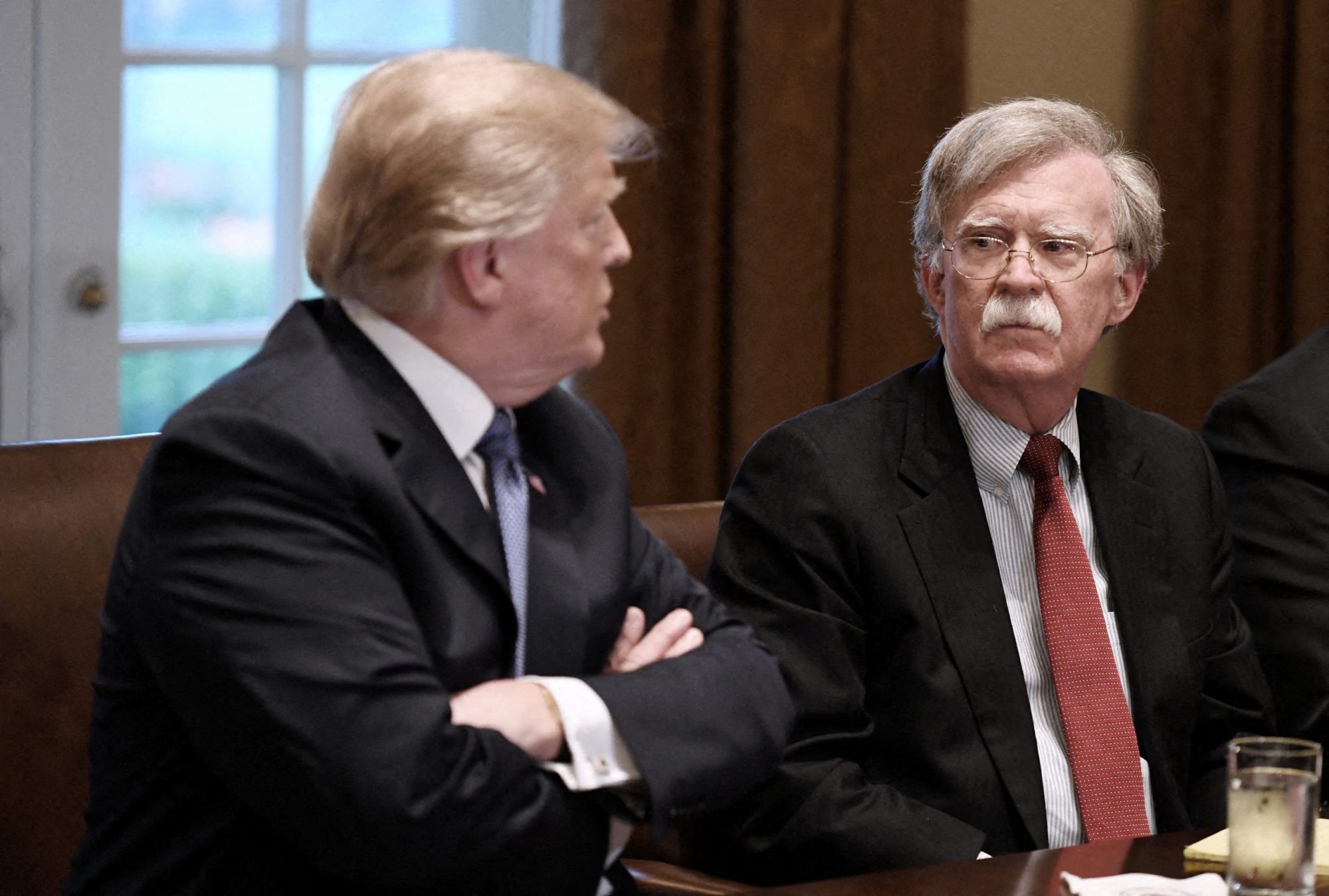 Former president Donald Trump would not be “capable” of holding Ukraine peace talks in Moscow to stop the Ukraine invasion, according to John Bolton, the ex-president’s own former national security adviser.

“He’s not capable of it,” John Bolton told The Palm Beach Post in a story Saturday when asked about Trump’s ability to successfully conduct a “peace-negotiating trip” to Moscow.

“This would require thinking through a policy and considering the pluses and minuses, the risks and costs involved. That’s just not what he does,” Bolton added.

Bolton, who infamously derided Rudy Giuliani’s dirt-digging efforts in Ukraine as “a drug deal,” instead said Trump would have gifted Russia Ukraine had he been re-elected.

He said Trump’s withholding of the $250 million in military aid put the assistance in far more jeopardy than was understood.

“The urgency of the particular $250 million was that it was appropriated money that under the federal government’s bizarre budget procedures would have expired on Sept. 30, 2019,” Bolton recalled.

Bolton spoke to the newspaper as it examined Trump’s boasts that the Russian invasion of Ukraine would not have happened on his watch — in part because of his claimed excellent relationship with Russian President Vladimir Putin. Early on, Trump called Putin’s Ukraine invasion “genius.”

If the invasion had occurred while he was president, he could have ended it, Trump has also claimed. The former president said last week he would use U.S. nuclear submarines to threaten Russia, which many observers viewed as dangerously provocative, especially since Putin has already indicated he’s ready to use nuclear weapons.

Bolton had said earlier that Trump in fact helped set the stage for the invasion. His repeated flattery of Putin and his weakening of America’s relationship with Europe emboldened the Russian leader, while Trump’s “contempt” for Ukraine and his baseless claims that its government was corrupt weakened that nation’s standing.

“I think all contributed to a precarious status for Ukraine, which would have continued in a second term,” for Trump, Bolton told The Palm Beach Post.

In 2019, Trump froze military aid to Ukraine authorized by Congress that he then tried to use as an enticement to convince Ukraine President Volodymyr Zelenskyy to launch an investigation into Trump’s rival Joe Biden and his son Hunter. The action led to Trump’s first impeachment.

The aid stall was far more serious for Ukraine than many realized at the time, according to Bolton.

“The urgency of the particular $250 million was that it was appropriated money that under the federal government’s bizarre budget procedures would have expired on Sept. 30, 2019,” Bolton recounted to the newspaper.

He also said that Ukraine wasn’t the only nation that faced increased security risks in the Trump administration. Bolton believed Trump’s objective was to “withdraw the U.S. from NATO or substantially limit” Washington’s support for the defense alliance. That’s what Putin was “waiting for” in a second Trump term, Bolton told The Washington Post early this month.

We appreciate Bolton’s present views on Trump.  He would have served our country a bit better if he said of some of these things when he was in Trump’s circle.