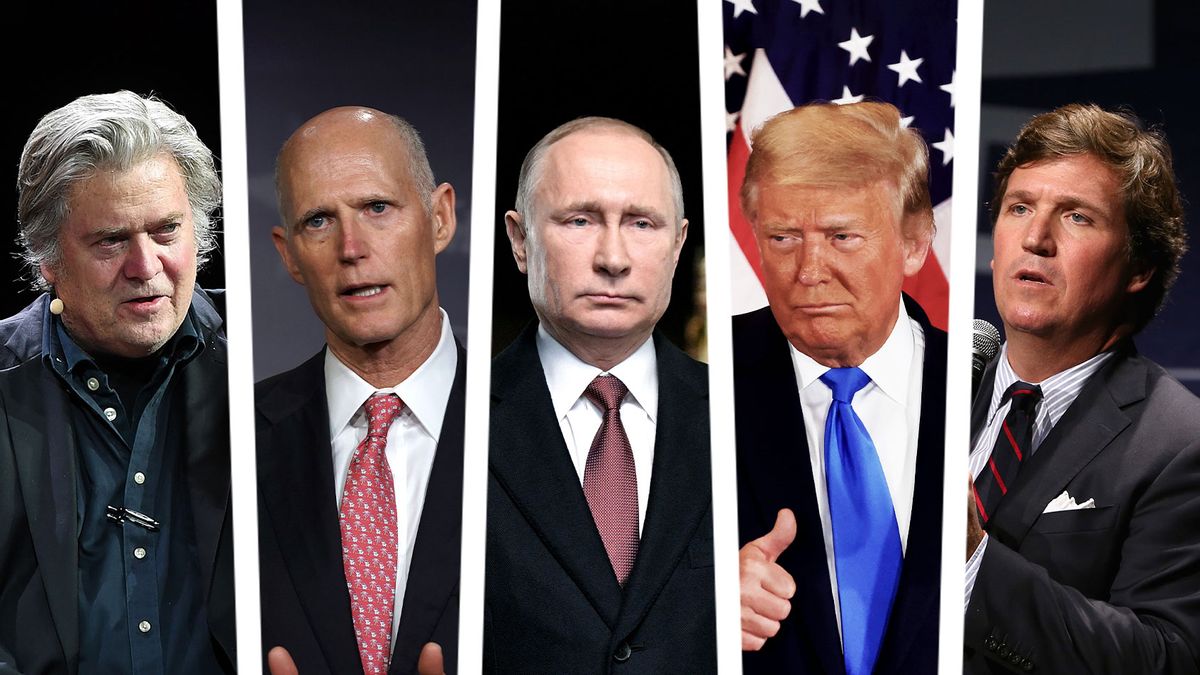 During an interview on Face the Nation yesterday, Senate Minority Leader Mitch McConnell sharply dismissed lawmakers in his own party who are bashing Ukrainian President Volodymyr Zelenskyy and supporting Russian leader Vladimir Putin, disparaging them as the “lonely” fringe.

“The vast majority of the Republican Party writ large, both in the Congress across the country, are totally behind the Ukrainians and urging the president to … take steps [to help Ukraine] quicker. Yeah, to be bolder. There may be a few lonely voices off the side. I wouldn’t pay much attention to them.”

McConnell was responding to a question from CBS host Margaret Brennan, who quizzed him about what Rep. Liz Cheney (R-Wy.) has called the “Putin wing of the Republican Party.”

McConnell acknowledged “lonely voices out there that are in a different place.” But he added: “Looking at Senate Republicans. I can tell you that I would have — had I been the majority leader — put this Ukraine supplemental [aid] up by itself. I think virtually every one of my members would have voted for it.”

Cawthorn was just scolded last week by House Minority Leader Kevin McCarthy (R-Calif.) for calling Zelenskyy a thug when he also baselessly insisted the Ukrainian government was “incredibly corrupt and incredibly evil.” (The comments, dubbed in Russian, have made Cawthorn a propaganda star on state-sponsored Russian TV.)

“Madison is wrong,” McCarthy said at a press conference. “If there’s any thug in this world, it’s Putin.”

As for Greene, she last week lashed out at a reporter who asked if her remarks and actions “represent a sympathy for Russia and the Kremlin” in its invasion of Ukraine.

“I don’t have any sympathy for Putin and Russia,” Greene insisted. Yet just last month, Greene was a key speaker at a white nationalist conference where Russia was given a post-invasion “round of applause,” and the audience chanted Putin’s name.

She has also attacked “neo-Nazis” in Ukraine, parroting Putin’s broad characterization of the country in a vain attempt to justify his invasion. She was also one of only eight lawmakers in the House last week to vote against legislation to revoke normal trade relations with Russia for its invasion of Ukraine.

We need more prominent Republicans speaking our against its “Putin Wing”.