I have just finished reading  Kingdom of Characters:  The Language Revolution that Made China Modern  a new book by Jing Tsu,  professor of languages and literature at Yale University.  The main theme is that China owes a good deal of its “meteoric rise” as a world power to overcoming its linguistic challenge to make the formidable Chinese language accessible for the our world of global trade and digital technology.  Tsu provides a good deal of detail in this book and a reader comes away with an education in the difficulties of converting tens of thousands of traditional Chinese characters to pinyin and Unicode.

I found Kingdom of Characters,  an interesting read and came away with tremendous respect for the language pioneers who helped in making the transition as well as for those who wanted to maintain respect for the Chinese traditions.  I also did not realize the important role that Mao Zedong played in modernizing the language.  If you do not have a background in languages especially Chinese, you will find yourself rereading paragraphs and pages but it is worth it!

One summer’s evening in 1916, 27-year-old Zhou Houkun stepped up to a podium to unveil a marvelous invention: a new kind of Chinese typewriter. Zhou had recently returned home to Shanghai from M.I.T., where a chance encounter with an American Monotype machine had spurred him to create a Chinese version. But American typewriters, with their QWERTY keyboards, were designed for alphabetic languages like English; with just 26 letters, you could type anything from a shopping list to Shakespeare. The Chinese script is character-based, each character roughly equivalent to what we mean by an English word. Designing a relatively portable machine that could type 4,000 individual characters had been a monumental task, and people gathered in the July heat to hear Zhou speak.

But Zhou’s first message to his audience seemingly had nothing to do with typewriters. Instead, he pulled an American factory worker’s outfit over his suit. “I have one phrase to impart you with today,” he told the crowd. “Don’t be afraid to get your hands dirty.” The Chinese, he said, “shun all activities concerning industry and artisanship, which has made the learned inept at anything practical, and the peasants ignorant of real knowledge.” Instead, they celebrated the literati over honest laborers. And yet, in America, even President Roosevelt’s relatives were woodworkers. Zhou wore a uniform from his stint interning at an American factory, to emphasize that however “shabby and filthy these clothes may be, I don’t abandon them, because they bear the marks of a worker.” 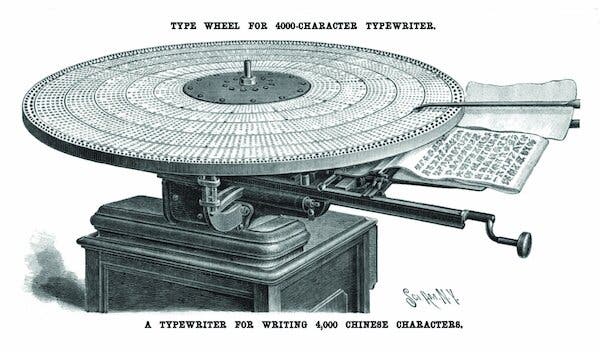 Zhou’s speech occurs about a quarter of the way through Jing Tsu’s rigorous and engaging new book, “Kingdom of Characters: The Language Revolution That Made China Modern.” His opening lines may surprise. First, that startling reminder: China once admired America’s manufacturing prowess? And then why such a political cri de coeur from the inventor of a typewriter? But this is the key message of Tsu’s book: The story of how linguists, activists, librarians, scholars and ordinary citizens adapted Chinese writing to the modern world is the story of how China itself became modern. Following the history of the script helps explain China’s past, present — and future. “More than a century’s effort at learning how to standardize and transform its language into a modern technology has landed China here,” writes Tsu, a professor of East Asian languages and literature at Yale, “at the beginning — not the end — of becoming a standard setter, from artificial intelligence to quantum natural language processing, automation to machine translation.”

Tsu’s book begins around the turn of the 20th century, when reformers challenged traditions like foot binding and the Chinese script. Western kings, missionaries and scholars had long sought to “unlock” the secrets of Chinese — or to fetishize it. Others saw China’s character-based script as “incompatible with logic and inhospitable to abstract thinking.” “The nature of the written language in itself is a great hindrance to the development of the sciences,” the philosopher Hegel wrote. With their “ad hoc efforts to retrofit Chinese characters” to typewriters and telegraphs, Chinese inventors sought to resolve the difficulties “that accompanied being late entrants in systems intended for a different kind of written language. But many wondered if the Chinese script itself was the problem.”

This book tells the stories of those who decided otherwise. Tsu’s title, “Kingdom of Characters,” refers both to the literal characters that make script and the people who sought to save them. She does not sugarcoat their difficulties, introducing us to, for example, Wang Zhao, an exiled reformer who crossed China disguised as a monk, risking his life to introduce a new Chinese alphabet that he believed would unite the country under one common language. She tells the story of Count Pierre Henri Stanislas d’Escayrac de Lauture, a French adventurer, who, even after being mutilated in a Chinese jail, helped pioneer the development of Chinese telegraphy. And she writes of how, over 100 years later, Zhi Bingyi, branded a “reactionary academic authority” in the Cultural Revolution, helped discover how to “render Chinese into a language that computers can read — in the zeros and ones of binary code” — from a makeshift prison cell. (Lacking paper, he tested his hypotheses by writing on a teacup with a stolen pen.)

Each step of the way, these innovators had to ask questions like: How can the Chinese script be organized in a rational way? Could the language be written with an alphabet? And if so, which one? (Latin? Arabic? Cyrillic? Another symbolic script?) Could any alphabet account for the tones needed to differentiate among characters? Zhao Yuanren, a celebrated Chinese linguist, illustrated this difficulty. “Stone house poet Sir Shi was fond of lions and vowed to eat 10 lions,” the first line of a story reads in English. But merely Romanized, “without tone marks or indicators, however, it becomes a long string of monotonous gibberish: Shi shi shi shi shi shi, shi shi, shi shi shi shi.” 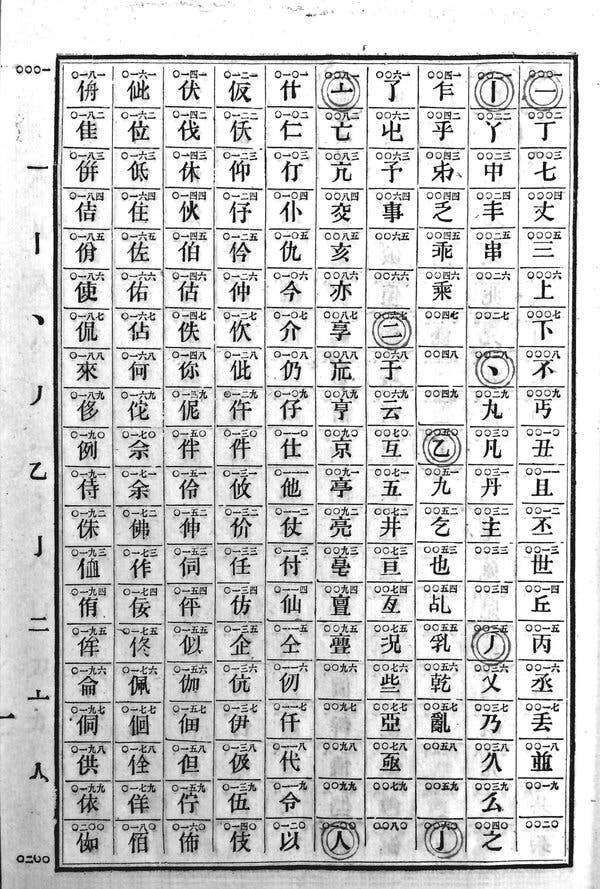 By examining these questions closely, Tsu helps the novice to Chinese understand both the underlying challenges and how they were conquered. (I sense Tsu is an excellent teacher.) This material could, in the wrong hands, become dry. But Tsu weaves linguistic analysis together with biographical and historical context — the ravages of imperialism, civil war, foreign invasions, diplomatic successes and disappointments. This approach not only adds background and meaning to the script debate, but also terrific color to what might have otherwise read like a textbook.

In particular, Mao Zedong’s role in reshaping Chinese script shows how politics and language are often fused. Mao, Tsu notes, “went down in history as, among other things, the political figure who guided the Chinese language through its two greatest transformations in modern history.” With more than 90 percent of the population illiterate, Mao embraced the movement to reduce the number of strokes in more than 2,200 characters to render them easier to learn and write. (Taiwan, rejecting simplification, still sees itself as the guardian of traditional Chinese culture.) Mao also spurred the creation of Pinyin, a phonetic, Romanized Chinese alphabet designed as an auxiliary aid to learning Chinese script, rather than a replacement. Approved in 1958, Pinyin was reportedly learned by 50 million people in its first year alone, during a time of “idealism and hope.” And yet 1958 was also the first year of the Great Leap Forward, the experiment that saw millions die from famine — and Pinyin’s detractors persecuted.

It’s no spoiler to reveal that in the end, the Chinese script did not die; instead, it flourished. As Tsu writes, “Every technology that has ever confronted the Chinese script, or challenged it, also had to bow before it.” Tsu herself is rarely present in the book, though in the introduction she explains how, after emigrating from Taiwan to America as a child, she found it difficult to give up Chinese. “It was not enough,” she adds, “to just master writing, reading comprehension and vocabulary. To think in English, I had to breathe and live a worldview that was expressed and constructed in that language.” Languages, as this book makes clear, convey worlds. The world of Chinese script, painted so vividly by Tsu, is one I’m now grateful to have glimpsed.

Deirdre Mask is the author of “The Address Book: What Street Addresses Reveal About Identity, Race, Wealth, and Power.”