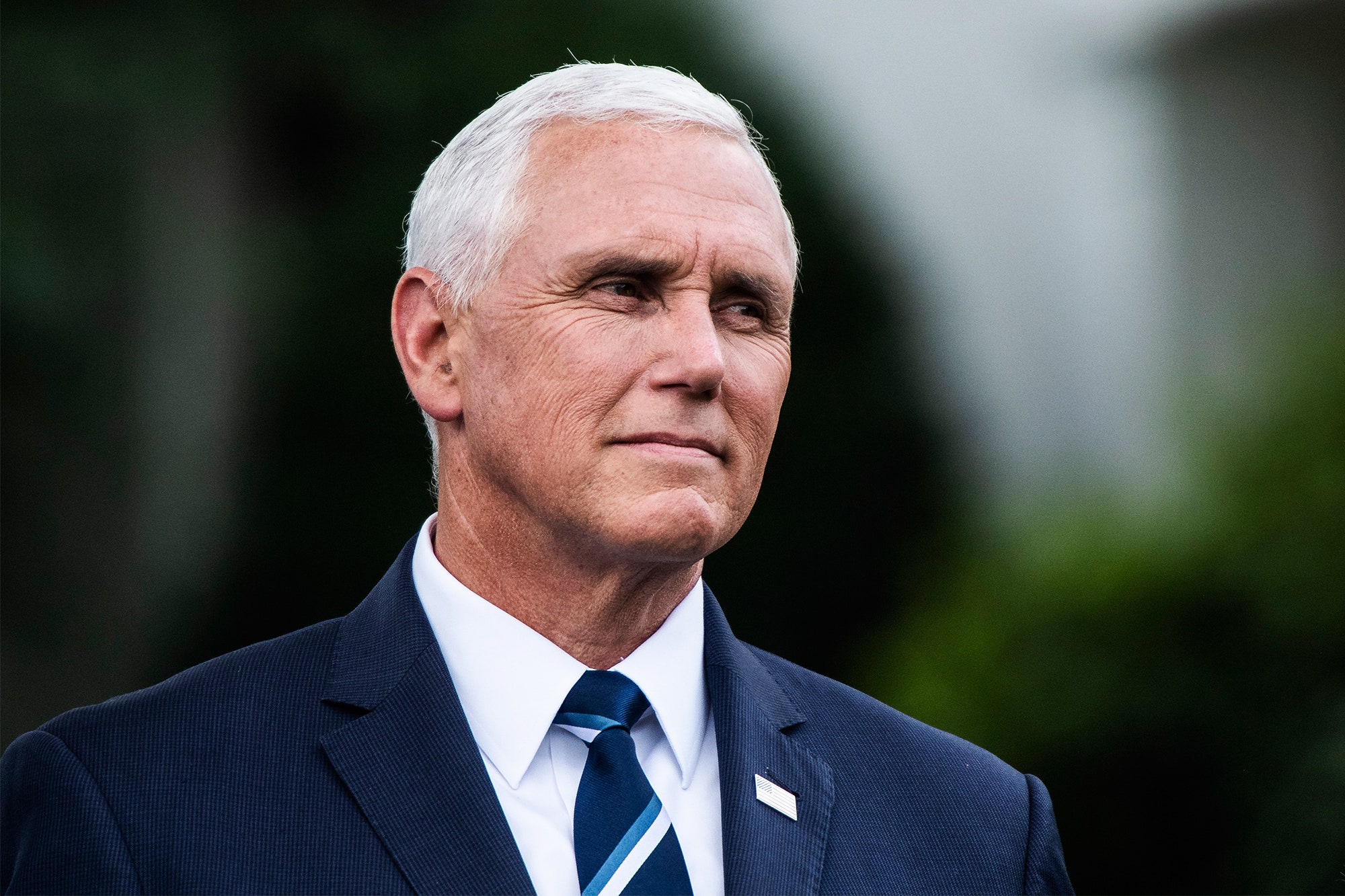 Former Vice President Mike Pence has spent the past couple of weeks outmaneuvering Donald Trump, his old boss and potential 2024 primary opponent.  He has used a series of speaking engagements, media appearances and private meetings — most recently with the influential GOP mega-donor Miriam Adelson — to carve-out a unique lane for himself in a potentially crowded and contentious Republican primary field.  As reported by The Hill.

“There’s pretty clearly an opportunity for him to come out and say ‘look, we want the Trump policies but let’s have it without the chaos,’” one Republican strategist who has worked on presidential campaigns said.

“Pence is perfectly placed to do that, because he has the credentials of supporting Trump and being loyal through the administration. But he can also kind of meld it with more traditional conservative talking points.”

At times, Pence’s strategy has meant distancing himself from — and even outright criticizing — Trump, who remains the standard-bearer for the modern GOP and is eyeing a possible comeback bid for the White House in 2024.

In a rebuke of his former boss last week, Pence declared that “there is no room” in the GOP for “apologists” for Russian President Vladimir Putin, an apparent reference to Trump’s description of the Russian leader as a “genius” for Moscow’s invasion of Ukraine.

Pence also offered a forceful rejection last month of Trump’s claim that Pence had the authority to change the results of the 2020 presidential election, asserting plainly that the former president was “wrong.”

To be sure, the former vice president is still embracing aspects of Trump’s agenda — the decision to withdraw from the 2015 Iran nuclear deal, for example, or opening up public lands for oil and gas exploration — signaling that he’s still hoping to appeal to at least parts of Trump’s voter base.

But he has also sought to present a more forward-looking vision. Speaking to GOP donors on Friday, Pence warned that Republicans “cannot win by fighting yesterday’s battles or by relitigating the past.”

“Elections are about the future,” he said. “My fellow Republicans, we can only win if we are united around an optimistic vision for the future based on our highest values.”

Pence’s more aggressive posture is, in essence, a political gamble that the GOP and its voters are increasingly interested in moving past Trump, while also positioning himself as the obvious successor to the former president’s political movement and legacy.

But some Republicans say that time may be running out for the former vice president.

“Pence is in a great position. He’s got a national profile. He was the guy’s vice president. He can say you can get what you wanted with Trump without all the issues,” said Keith Naughton, a veteran Republican strategist. “I think the problem is he’s losing relevance fast. It’s draining away.”

Naughton said that part of Pence’s challenge is the fact that he’s spent much of the past year being “risk-averse” when it comes to confronting Trump and pitching himself as the GOP’s future standard-bearer. While he spoke out against those in the GOP who have praised Putin, for instance, he stopped short of calling out his former boss by name.

And even in pushing back against Trump’s narrative that the former vice president had the power to block the congressional certification process, Pence did not explicitly say that Trump lost the 2020 election, nor did he rebut his former boss’s claim that the election was stolen.

In the meantime, Naughton added, many Republican voters have begun to eye other would-be candidates, like Florida Gov. Ron DeSantis, who has more readily cast himself in a similar mold to Trump.

“[Pence] has been afraid to mark out that territory,” Naughton said. “And DeSantis is filling the vacuum.”

Still, Pence hasn’t joined other prospective Republican presidential contenders in pledging not to run if Trump mounts another campaign for the White House in 2024. In an interview with Fox Business’s Maria Bartiromo this week, Pence insisted that he was focused on helping the GOP in this year’s midterm elections but left open the possibility of a 2024 run.

“In 2023, I’m confident the Republican Party will nominate a candidate who will be the next president of the United States of America,” Pence said. “And at the right time, my family and I will reflect and consider how we might participate in that process.”

As it stands right now, however, Pence could face an uphill battle for the 2024 Republican nomination.

The Conservative Political Action Conference’s 2024 presidential straw poll late last month found Pence notching just 1 percent support for the GOP nod — with or without Trump on the ballot. Pence was notably absent from that gathering.

Likewise, a Yahoo! News/YouGov survey conducted at the end of February found the former vice president placing third in a hypothetical GOP primary field behind Trump and DeSantis. Pence notched just 8 percent support in that poll.

Even if Trump doesn’t run in 2024, he could emerge as a major roadblock for Pence. The former president has already attacked Pence, calling him “an automatic conveyor belt” to “get Biden elected president as quickly as possible.” And in the event that he forgoes another presidential bid, it’s unlikely that Trump will let the primary play out without his input.

“The foremost problem for Pence: Trump still blames him, at least partially, for not doing more to keep him in the White House,” one former Trump campaign aide said. “So I think of all the Republicans out there, Trump would least want Pence to be on the ticket.”

“If Trump doesn’t run, he’s going to go all-out to knock out Pence.”

Run Pence run and don’t be afraid of the bully Trump!