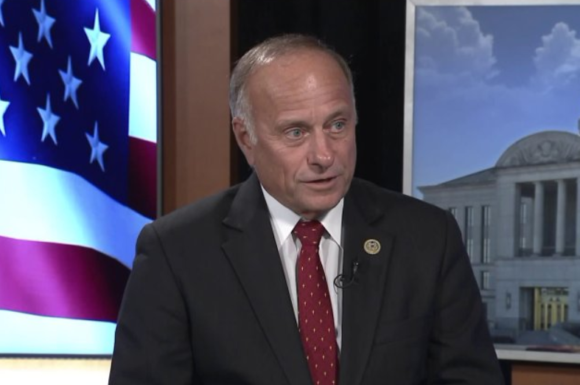 White supremacist Rep. Steve King (R-Iowa), in an interview with the New York Times published Thursday, wondered aloud why being a white supremacist is such a bad thing.

King, said he doesn’t mind that the American population includes a range of races ― as long as the culture stays white and European.

“White nationalist, white supremacist, Western civilization — how did that language become offensive?” he said. “Why did I sit in classes teaching me about the merits of our history and our civilization?”

The Times article suggests that President Donald Trump’s demonizing statements about immigrants ― especially his lies about Latinos and his border policies ― were crafted and shaped, in part, by King over the years:

Mr. Trump’s preoccupation with the wall and anti-immigrant politics reflects how he has embraced the once-fringe views of Mr. King, who has used racist language in the past, promotes neo-Nazis on Twitter and was recently denounced by one Republican leader as a white supremacist.

The interview is one of the few times King has discussed his embrace of white nationalism.

The GOP was largely silent on King but in the past two days, several Republicans questioned his comments.

Next year, King will face a primary challenge from Iowa State Sen. Randy Feenstra in the race to represent Iowa’s 4th Congressional District in the House of Representatives.