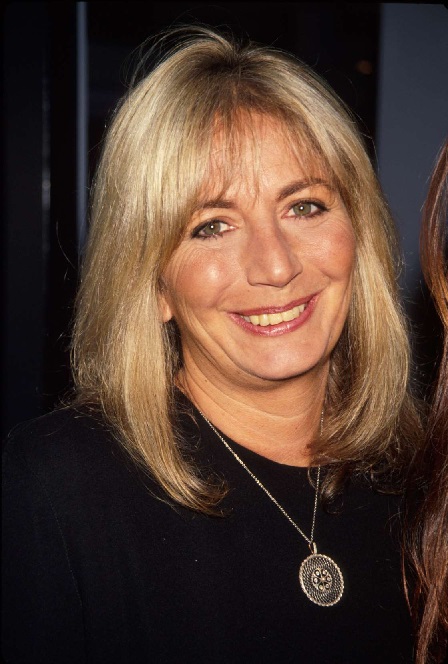 The acclaimed actress and director Penny Marshall died this past Monday at the age of 75 from diabetes.  There have been many tributes to her and deservedly so.  Besides being the lovable LaVerne in the 1970s TV series, Laverne and Shirley, Marshall pioneered new ground as a female director of hit Hollywood movies, most notably Big and A League of Their Own.  John Podhoretz, editor of Commentary magazine,  in yesterday’s New York Post had a column on Ms. Marshall emphasizing her childhood roots in the Bronx.  It is quite well done and describes a bygone era.  See the full text below.

There was one 1974 episode of that New Yorkiest of television shows, “The Odd Couple,” that centered on supporting character Myrna Turner, Oscar’s secretary. Up to this point we’ve known little about Myrna other than that she moves and talks very slowly, has a honking laugh and the thickest Bronx accent in the history of Bronx accents.

Myrna is heartbroken, because her fiancé, Sheldn (the “o” was left off his birth certificate), has dumped her and gone off to a singles weekend at a Catskills hotel. He returns and pulls off the Afro wig and pasted-on sideburns he had affected to win the hearts of the ladies. He was fake, he tells Oscar, and so were the women he met there. But Myrna?

Myrna was played, of course, by Penny Marshall, who died Monday at the age of 75. Sheldn could have been talking for ­everyone who loved Marshall as a performer, loved her as a general cultural presence on game shows and talk shows and the like and loved the work she did as a director.

She was, in every particular, herself.

And who was she? She was a type entirely familiar in her youth in the 1950s and now all but vanished from the cultural scene — a white outer-borough ethnic.

“Identity was never an issue for me,” she once wrote. “I embraced being from The Bronx.”

In her delightful 2012 memoir, “My Mother Was Nuts,” she described life outside her home at 3235 Grand Concourse: “All the kids from my apartment building played together on the sidewalk and in nearby vacant lots. Popular games were stickball, Skelly, Three Box Baseball . . . and I Declare War.”

She played outside, because inside was her furious whirlwind of a mother, who ran a neighborhood dance studio and lived in a state of civil war with Penny’s father, who ran a small advertising agency.

Elsewhere in the neighborhood were the Carl Reiners, whose son Rob she would later marry (he played Sheldn). So was Alan Alda — who, like Penny Marshall, would forever be thought of as Jewish (his character on “M*A*S*H” had a totally Jewish mien) but was ­actually born Alphonso D’Abruzzo.

In the 1950s, when Penny reached adolescence, Jews comprised around 27 percent of the New York population, some 2.1 million. They constituted the largest minority group in the city by far, and set the cultural tone. Just as President Trump even now speaks in the cadences of the Borscht Belt (where Sheldn went to party), so did Penny and her brother, Garry Marshall and the young Alan Alda.

And the sensibility she brought to “The Odd Couple” and “Laverne and Shirley” evoked that now-vanished New York melting pot. Myrna was the girl who never worked to lose her accent because she didn’t even know she had an ­accent.

The accent Penny made ­famous as Myrna barely exists any longer, nor does the street life she evoked so vividly in her memoir. The disappearance of Etan Patz in 1979 put an end to New York kids playing by themselves without adult supervision.

Penny became world-famous playing Laverne DeFazio of Milwaukee on “Laverne and Shirley,” but there was no Milwaukee in that ineffable voice in which everything came out as a mournful whine.

She was still Myrna Turner — still very, very real. She remained Myrna Turner when she promoted the movies she directed. And was the same when she did the actual directing. Her style, she said, was largely to whine at the actors and the crew until they did what she wanted.

Think of Tom Hanks in “Big,” alone in a Times Square hotel room in a man’s body but a boy’s emotions, listening to gunshots and a man hitting his girlfriend and rolling over and sobbing.

That scene — even more than the wondrous “Chopsticks” duet on the floor piano at FAO Schwartz that is the signature moment in the film — shows what Marshall was at her best: someone who, as an actress and a director and a memoirist, was able to capture and personify something very, very real.