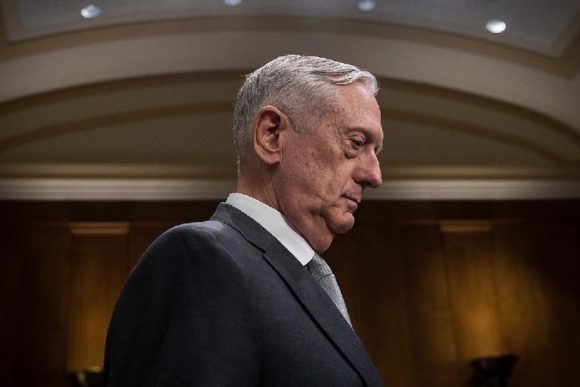 Secretary of Defense Jim  Mattis resigned yesterday in protest of President Trump’s decision to withdraw American forces from Syria and his rejection of international alliances.

Mr. Mattis had repeatedly told friends and aides over recent months that he viewed his responsibility to protect the United States’ 1.3 million active-duty troops as worth the concessions necessary as defense secretary to a mercurial president. But yesterday in an extraordinary rebuke of the president, he decided that Mr. Trump’s decision to withdraw roughly 2,000 American troops from Syria was a step too far.

Officials said Mr. Mattis went to the White House with his resignation letter already written, but nonetheless made a last attempt at persuading the president to reverse his decision about Syria, which Mr. Trump announced on Wednesday over the objections of his senior advisers.

“My views on treating allies with respect and also being cleareyed about both malign actors and strategic competitors are strongly held,” Mr. Mattis wrote. “Because you have the right to have a Secretary of Defense whose views are better aligned with yours on these and other subjects, I believe it is right for me to step down from my position.”

The full text of Mattis’s letter is below.

We salute you, General Mattis, for standing up for what you believe. 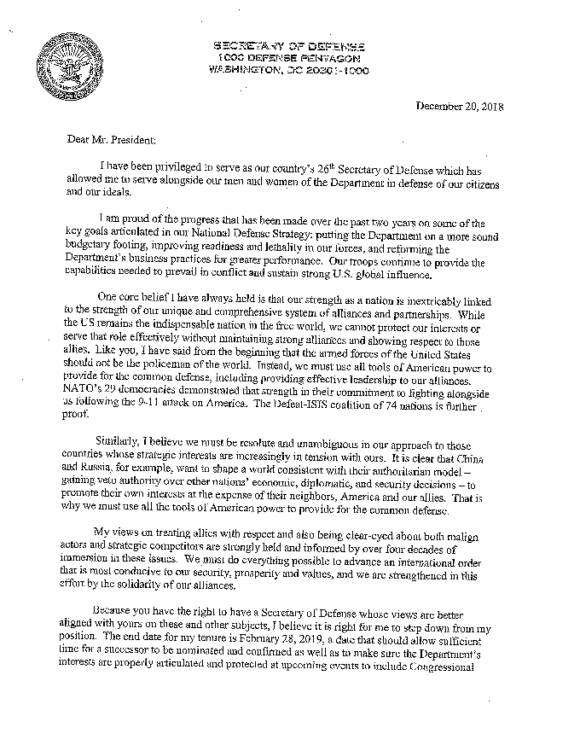 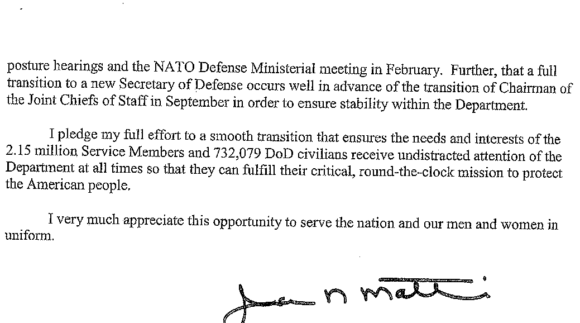