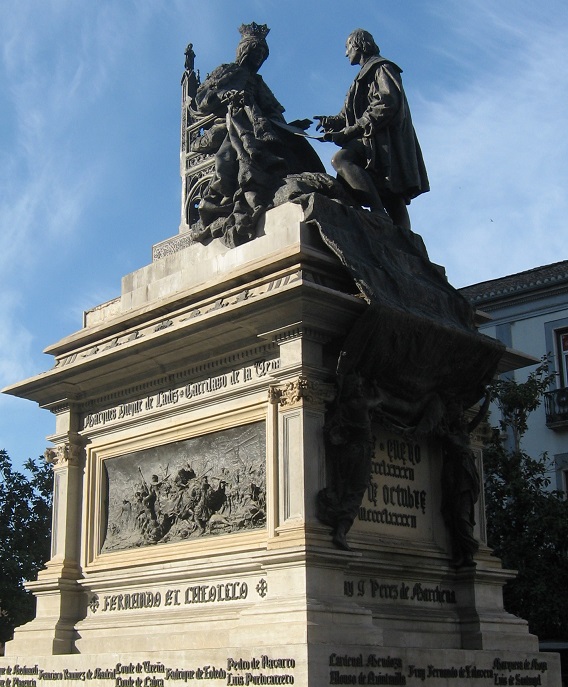 We traveled by train and bus and arrived in Granada on Wednesday.  We were immediately met in one of the city’s central points by a sculpture of Queen Isabella greeting Christopher Columbus.  The city is devoted to Isabela and Ferdinand as the royals who unified Spain and initiated the Siglo de Oro (Golden Age) that started in 1492 and lasted until the 1660s.

We spent much of the afternoon visiting the Cathedral of the Incarnation and the Capilla Real (Royal Chapel).   The Cathedral is one of the early Renaissance structures and has lines and features much different from the many Gothic churches and cathedrals in Europe.  Beautiful inside and outside.

Perhaps the most important part of the Cathedral is the Capilla Real, the burial place of Spanish Catholic kings and queens including Isabela and Ferdinand.  The Cathedral has shut off the entrance from inside and one has to walk outside to enter the Capilla.  The entrance is quite modest and belies the stunning marble mausoleums of Isabela and Ferdinand and Philip and Juana.  The elaborate mausoleums were more the wishes of Ferdinand than Isabela.  The actual underground crypt containing the lead coffins of the kings and queens is quite simple and according to Isabela’s wishes.  Isabela in her last will also specified that she should be buried in the plain brown robes of the Franciscan order.

It was quite a day filled with sights dedicated to celebrating Spain’s Siglo de Oro. 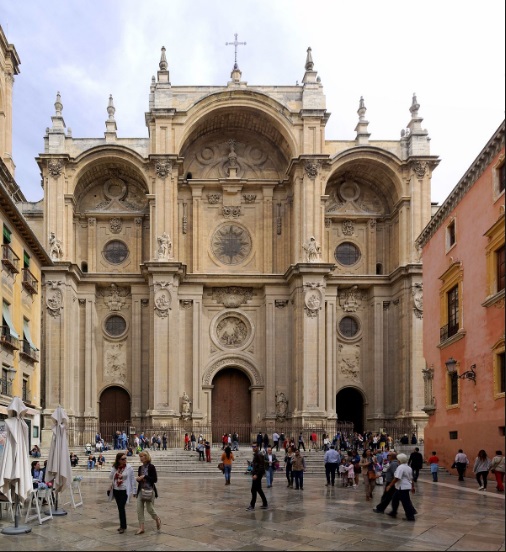 Cathedral of the Incarnation 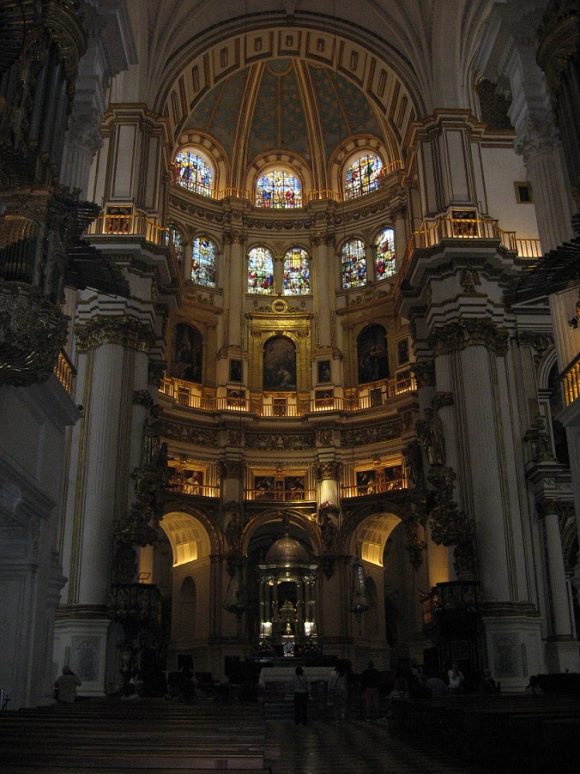 Cathedral of the Incarnation Main Altar 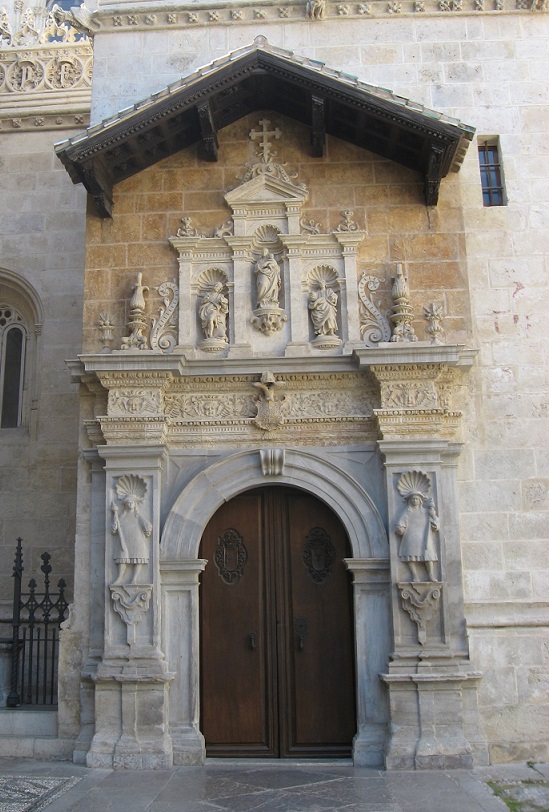 Entrance to the Capilla Real 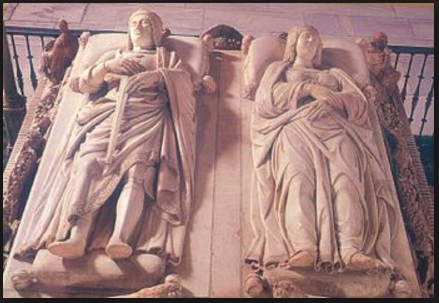 Mausoleums of Ferdinand and Isabela