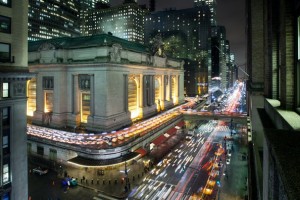 One hundred years ago, on Feb. 2, 1913, the doors to Grand Central Terminal officially opened to the public, after 10 years of construction and at a cost of more than $2 billion in today’s dollars. The terminal was a product of local politics, bold architecture, brutal flexing of corporate muscle and visionary engineering. No other building embodies New York’s ascent as vividly as Grand Central.  In today’s New York Times is the tale of its birth, excerpted from Grand Central: How a Train Station Transformed America, by Sam Roberts,  to be published later this month by Grand Central Publishing.