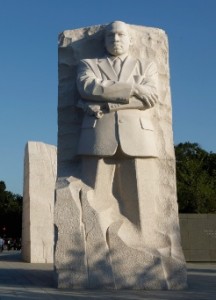 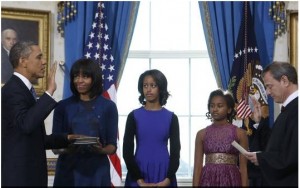 Dignitaries and celebrities participated in a wreath-laying ceremony at the Martin Luther King Jr. Memorial on the National Mall.

Foxx told a crowd that packed the memorial that this is a “spectacular time” for African-Americans.