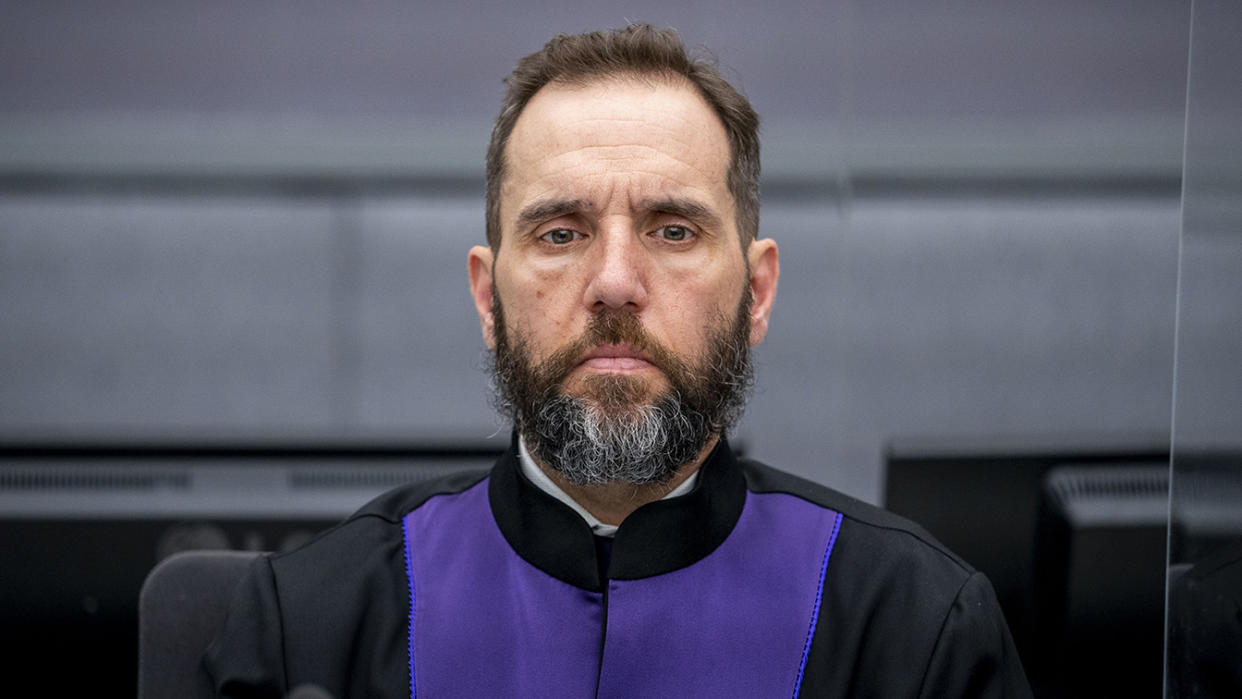 Attorney General Merrick Garland announced yesterday that he had appointed career prosecutor Jack Smith to lead two investigations into former President Donald Trump and to make a decision on whether to charge him with criminal offenses.

The two investigations, Garland said, involved Trump’s efforts to overturn the results of the 2020 presidential election and his hoarding of classified documents at his Mar-a-Lago home and country club in Palm Beach, Fla.  As reported by The Washington Post, Yahoo and other news outlets.

“Today, I signed an order appointing Jack Smith to serve as special counsel,” Garland said during a news conference held at the Justice Department in Washington. “The order authorizes him to continue the ongoing investigation into both of the matters that I have just described and to prosecute any federal crimes that may arise from those investigations.”

In a statement, Smith, who was not in attendance at yesterday’s event due to a bicycle accident that required knee surgery, according to The Washington Post, promised to use “independent judgment” in his handling of the two investigations and to complete them without delay.

“The pace of the investigations will not pause or flag under my watch. I will exercise independent judgment and will move the investigations forward expeditiously and thoroughly to whatever outcome the facts and the law dictate,” Smith said.

Given the sensitivity of the decision on whether to charge Trump with crimes in the two matters, Garland spent much of Friday’s news conference seeking to assure the nation about Smith’s qualifications for the role of special counsel.

“Mr. Smith is a veteran career prosecutor. He began his prosecutorial career in 1994 as an assistant district attorney with the New York County DA’s office. In 1999, he became an assistant U.S. attorney for the Eastern District of New York, where over the course of nine years he prosecuted matters ranging from gang murders of police officers to civil rights violations. From 2008 to 2010, he served with the International Criminal Court, where he supervised war crimes investigations,” Garland said.

“In 2010, Mr. Smith returned to the Justice Department to serve as chief of the public integrity section, where he led a team of more than 30 prosecutors who handled public corruption and election crimes cases across the United States. In 2015, he agreed to serve as the first assistant attorney for the Middle District of Tennessee, later becoming the acting U.S. attorney. Most recently, Mr. Smith served as a chief prosecutor for the special court in the Hague, charged with investigating and adjudicating war crimes in Kosovo.”

Smith, Garland said, would be returning from the Netherlands “immediately” to begin his work on the two Trump cases, portraying him as “an impartial and determined prosecutor.”

In the days and weeks ahead, the attorney general said, Smith will work on his own. He also promised that Smith’s appointment would not result in the slow-walking of the investigations of the former president.

“Although the special counsel will not be subject to the day-to-day supervision of any official of the department, he must comply with the regulations, procedures and policies of the department. I will ensure that the special counsel receives the resources to conduct this work quickly and completely,” Garland said. “Given the work done to date and Mr. Smith’s prosecutorial experience, I am confident that this appointment will not slow the completion of these investigations.”

In the photo above, Mr. Smith looks like he will be a very serious prosecutor!