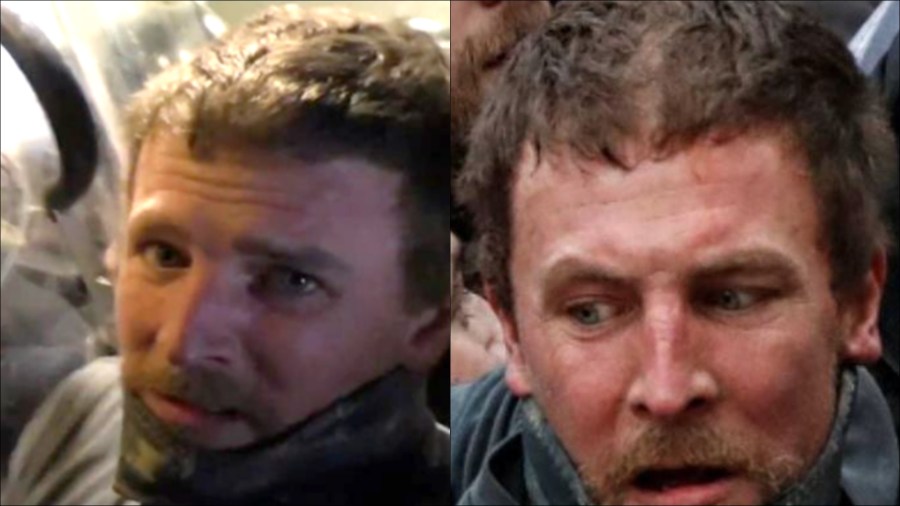 Albuquerque Cosper Head who dragged a police officer into a mob of rioters, initiating one of the most harrowing acts of violence during the U.S. Capitol attack on  January 6th, was sentenced yesterday to more than seven years in prison.

Head declined to address the court before U.S. District Judge Amy Berman Jackson sentenced him to seven years and six months of imprisonment followed by three years of supervised release. The judge said Head was responsible for “some of the darkest acts committed on one of our nation’s darkest days.”

Head’s prison sentence is six months shy of the statutory maximum in his case. It’s also the second-longest so far among hundreds of cases arising from the Capitol siege on Jan. 6, 2021, when a mob of Trump supporters stormed the building as Congress prepared to certify President Joe Biden’s electoral victory.  As reported by the Associated Press.

“The dark shadow of tyranny unfortunately has not gone away,” Jackson said. “There are people who are still disseminating the lie that the election was stolen. They’re doing it today. And the people who are stoking that anger for their own selfish purposes, they need to think about the havoc they’ve wreaked, the lives they’ve ruined.”

Head engaged in some of the most barbaric violence during the Capitol riot, repeatedly assaulting police officers who were guarding a tunnel on the Lower West Terrace, according to prosecutors.

Metropolitan Police Department Officer Michael Fanone was on the front lines of the battle for control of the tunnel entrance when Head grabbed him. Head yelled “I’ve got one!” as he wrapped his arms around Fanone’s neck and dragged him into the crowd outside the tunnel, prosecutors said.

Head restrained Fanone while other rioters beat and shocked the officer with a stun gun at the base of his skull. Fanone lost consciousness during the assault, which his body camera captured on video.

“Although Head was separated from Officer Fanone in the moments that followed, Head would have been able to hear the sound of the taser being activated again, Officer Fanone’s screams of agony, and the yells from another rioter to ‘Kill him with his own gun!’” prosecutors wrote in a court filing.

During yesterday’s sentencing hearing, Fanone said the attack gave him a heart attack and a traumatic brain injury and ultimately cost him his career. He has written a book about his Jan. 6 experience and testified at a hearing held by the House committee investigating the insurrection.

“I would trade all of this attention to return to policing, but I can’t do that,” he said. “And the catalyst for my loss of career and the suffering that I’ve endured in the past 18 months is Albuquerque Head.”

Other rioters have been charged with assaulting Fanone, including Kyle Young, an Iowa man who grabbed Fanone by the wrist while others yelled, “Kill him!” and “Get his gun!” Jackson sentenced Young last month to seven years and two months in prison.

Daniel “D.J.” Rodriguez, a California man charged with using the stun gun on Fanone, is scheduled to go on trial in February 2023. Thomas Sibick, a riot defendant from New York, is charged with stealing the officer’s badge and police radio during the melee.

Head, a construction worker from Kingsport, Tennessee, was arrested in April 2021 and pleaded guilty to an assault charge in May 2022. He has a criminal record that includes approximately 45 previous arrests.

Prosecutors recommended a prison sentence of eight years, the statutory maximum sentence that he faced.

Fanone also asked the judge to impose the maximum sentence. He recalled how Head initially told him, “I’m going to try to help you out here. You hear me?” before shouting that he “got one.”

“I would ask you to show Mr. Head the same mercy that he showed me on January 6th, which, in case there’s any question in this courtroom, is none,” Fanone said.

“There is no evidence that Mr. Head made advance plans with much effort or that he came to D.C. prepared for a battle. His series of bad decisions, as outlined above, while serious, is far from the worst conduct that day,” Wallace wrote.

Head told FBI agents that he drove to Washington, D.C., to attend the “Stop the Steal” rally, where then-President Donald Trump addressed a crowd of supporters. Joining the mob at the tunnel, Head wielded a riot shield as a weapon and used a second shield to shove against Fanone and other officers, according to prosecutors.

After he pulled Fanone into the crowd, Head became separated from the officer. When others in the crowd surrounded Fanone to protect him from his assailants, Head repeatedly reached toward the officer and tried to grab him again, prosecutors said. Fanone’s body camera showed him collapsing after his protectors escorted him back to the police line.

Regaining consciousness after nearly two and a half minutes, Fanone asked, “Did we take that door back?”

“The courage and sacrifice that Officer Fanone showed on that day is incredible, and we owe him a debt of gratitude for what he has lost,” Assistant U.S. Attorney Cara Gardner told the judge.

Approximately 900 people have been charged with federal crimes for their conduct on Jan. 6. More than 430 of them have pleaded guilty, mostly to misdemeanor offenses. Over 300 have been sentenced, with roughly half getting terms of imprisonment ranging from seven days to 10 years, according to an AP review of court records.

More than 100 police officers were injured at the Capitol. Around 20 defendants have been sentenced for assaulting police on Jan. 6, the Justice Department says.

Head and his like deserve more than seven years in prison!