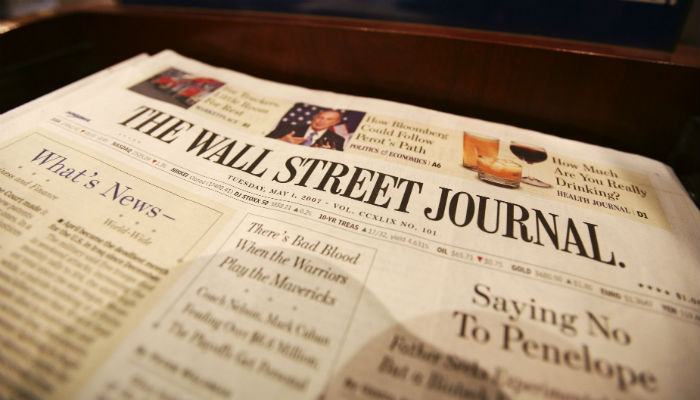 The Wall Street Journal scorched Donald Trump in a flaming editorial yesterday for his “dereliction of duty” for failing to take expedient action to quell the violence that threatened the U.S. government on Jan. 6 last year.

The House Jan. 6 committee clearly demonstrated in its hearing Thursday the “facts surrounding Mr. Trump’s recklessness” after the presidential election, and his “dereliction of duty on Jan. 6,” noted the newspaper’s editorial board.

An angry Trump continued to spur on and rile up his supporters with furious, but spurious, complaints about a rigged election — even though the “Justice Department and Mr. Trump’s own campaign repeatedly told him that his fraud claims were without basis. Whether it was willful blindness or an intentional strategy, he kept repeating them,” the Journal noted.

Trump continued to publicly insist he had won the election, even though he admitted to at least one witness that he had “lost to this effing guy,” Joe Biden.

Yet Trump nevertheless continued to pressure then-Vice President Mike Pence to toss out the Electoral College count, “while calling for a Jan. 6 rally that he tweeted ‘will be wild!’” the editorial recounted.

As the violence at the Capitol unfurled on a television screen in the White House and police officers were savagely beaten by his supporters, Trump took no action for hours.

Though the committee voted unanimously Thursday to subpoena Trump to testify, he’s unlikely to cooperate, the Journal noted. “But the evidence of his bad behavior is now so convincing that political accountability hardly requires it,” the newspaper declared.

Despite the blast at Trump, all is hardly forgiven when it comes to right-wing publisher Rupert Murdoch’s Wall Street Journal and its former staunch support of the man it now attacks. Early this month MSNBC’s Nicolle Wallace raked the newspaper for its long-time defense of Trump following another attack on him.

The Journal was “seven years too late to the parade,” Wallace complained. The paper did “more laundering and legitimizing of Donald Trump’s presidency than perhaps any other outlet,” added Wallace, who was the White House communications director for former President George W. Bush.

“They’re as culpable as any news organization in this country for his presidency and his ongoing viability as a political figure,” she said.