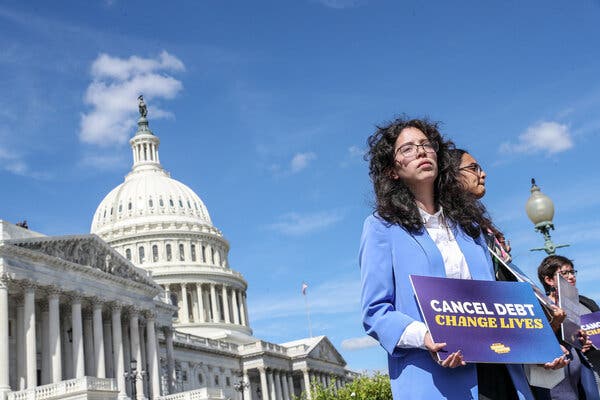 On Friday for the first time, borrowers were able to apply for up to $20,000 in student loan cancellation that President Biden had promised in August.

The United States Department of Education (USDOE), which directly holds $1.6 trillion in federal student loan debt owed by 45 million borrowers, said it had begun “beta testing the student debt relief website.” The USDOE said it hoped the test would help it find any problems before the site publicly opened. That is expected to happen shortly.  As reported by The New York Times.

“Borrowers will not need to reapply if they submit their application during the beta test, but no applications will be processed until the site officially launches later this month,” a department spokeswoman said.

Some immediately pounced on the suddenly active site.

On Twitter, some people reported successfully submitting applications. Others were met with the news that their application was in a queue with the message: “We’re accepting applications to help us refine our processes ahead of the official form launch. If you submit an application, it will be processed, and you won’t need to resubmit.”

Mr. Biden’s plan to eliminate up to $20,000 per borrower in federal student loan debt — an executive action estimated to cost $400 billion or more — has been challenged in court, intensifying the pressure on the administration to discharge debt quickly. A federal judge in Missouri heard oral arguments this week on a lawsuit from a group of Republican state attorneys general seeking an injunction to prevent the debt cancellation from being implemented.

The USDOE said in court filings that October 23 would be the soonest it anticipated canceling student debt.