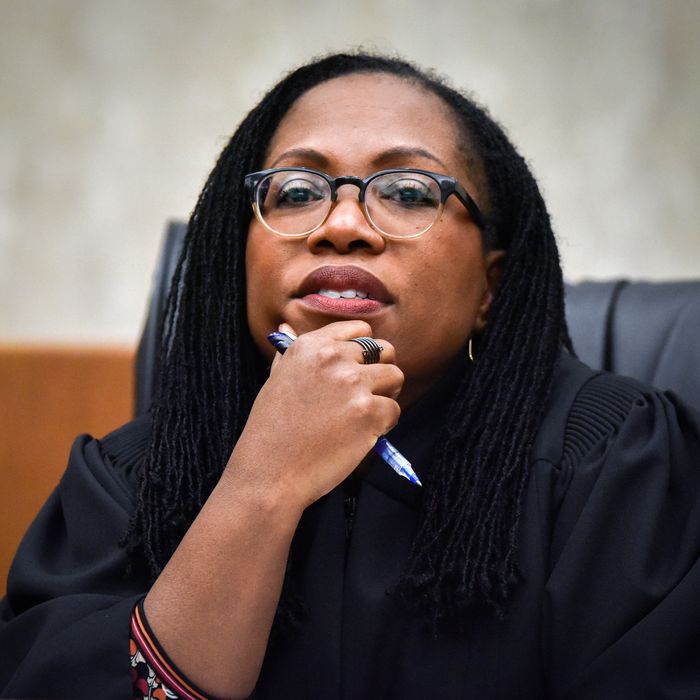 As the U.S. Supreme Court on Tuesday weighed a conservative attempt to weaken the landmark Voting Rights Act, enacted in 1965 to protect minority voters, Justice Ketanji Brown Jackson, the first Black woman to serve on the Supreme Court, delivered a history lesson on the divisive issue of race in the United States.

Jackson, in just her second day on the bench, spoke about the enactment of the Constitution’s 14th Amendment, stressing how its aim was to redress historic harms to Black people in the aftermath of the Civil War and the end of slavery. It was a symbolic moment in a courtroom in which only three Black justices have ever sat.  As reported by NBC News.

Exploring the history that lurks in the background of the dispute over Alabama’s congressional districts map, Jackson said that “the entire point of the amendment was to secure rights of the freed former slaves.” As a result, she wondered, how could the state be barred from considering race when deciding whether more majority Black districts should be drawn?

Her intervention in the midst of an oral argument on Alabama’s defense of its map that a lower court said discriminated against Black voters was just one example of Jackson’s active role in her early days on the high court.

Sometimes, new justices take a back seat in their first few arguments as they settle in, although the last three appointees before Jackson — conservatives Neil Gorsuch, Brett Kavanaugh and Amy Coney Barrett — all asked questions in their debut oral arguments.

“I’m delighted to see that Justice Jackson is showing no reticence about entering the fray,” Sherrilyn Ifill, a prominent civil rights lawyer, told NBC News. “Her tone is upbeat and respectful, but she is tough, no nonsense and demanding. This was as impressive a debut as I’ve seen of a new justice in my more than 30 years of court-watching.”

Jackson was quick to weigh in Monday during the first case of the court’s new term, which explored the scope of federal authority over wetlands. She was the fourth justice to speak after about 10 minutes of the nearly two-hour argument.

“Let me try to bring some enlightenment to it,” she said at one point when probing a lawyer on arcane language in the Clean Water Act.

In the wetlands case, Jackson was the third most vocal justice, while she spoke the most of any of the nine justices in the second argument on Monday, according to Adam Feldman, who tracks court statistics at the website Empirical SCOTUS.

On both days, Jackson was courteous toward lawyers but persistent in following up when their responses were not to her liking.

“I’m sorry, can I just help?” she said in cutting off Alabama’s lawyer on Tuesday.

Her line of questioning in the voting rights case, which the court will rule on sometime before the end of June, also seemed to dovetail with fellow liberal justices Elena Kagan and Sonia Sotomayor. In previous high profile cases on race, Sotomayor, the first Latina on the court, has often been the justice who has spoken most forcefully about how rulings can affect the daily lives of minorities.

Supreme Court arguments can be lively affairs, with cases on hot-button issues often exposing ideological divides on the bench, where there is a 6-3 conservative majority. It has often been referred to by lawyers as a “hot bench” for that reason.

Franita Tolson, an expert on election law at the University of Southern California Gould School of Law, said Jackson has already shown her willingness to ask hard questions.

“I think she will be a powerful voice in the court’s liberal block because she recognizes the importance of setting the record straight, even if she will likely be on the losing side of a 6-3 or 5-4 vote,” Tolson said.