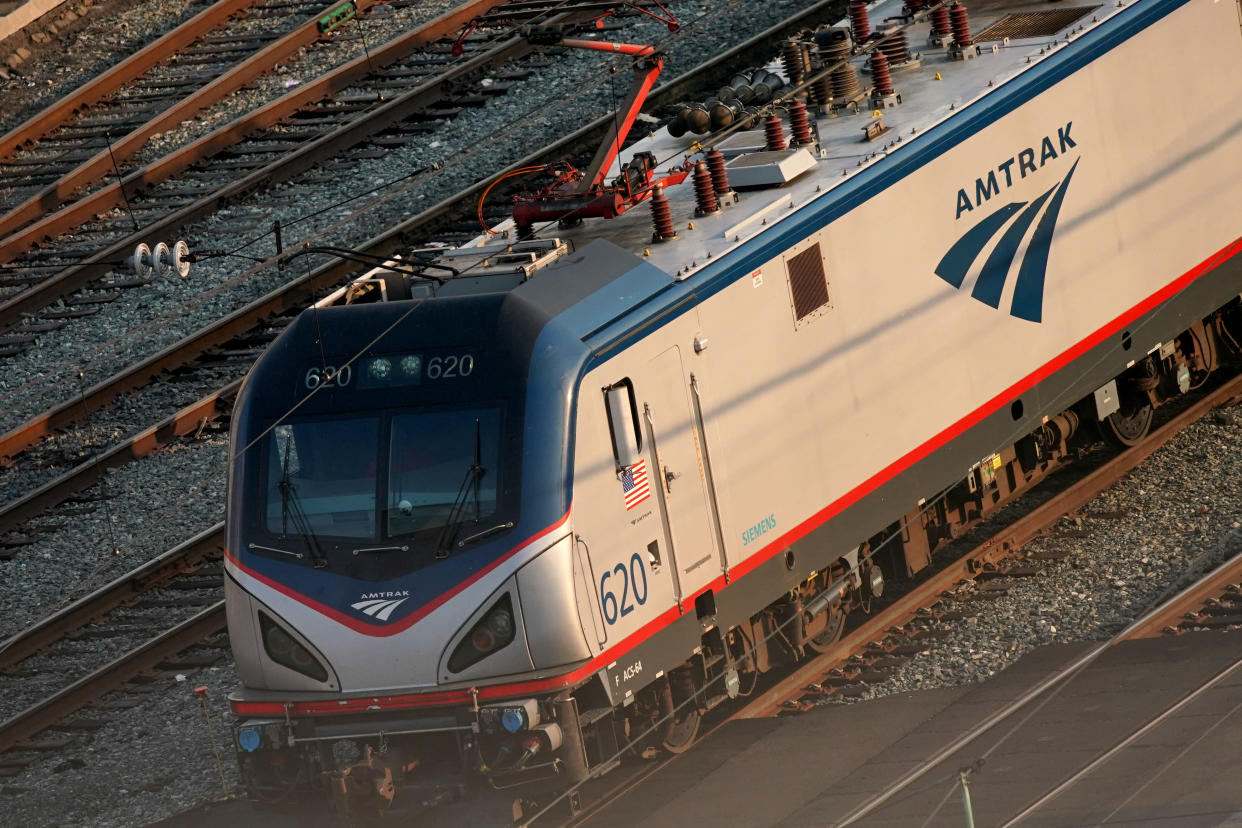 On July 12, a dozen unions representing 115,000 freight railroad workers voted to strike over pay and labor conditions, a move that would disrupt supply chains and imperil travel, since Amtrak shares track with freight carriers in much of the country.

President Biden, once known as “Amtrak Joe” for his practice of riding the train between Washington, D.C., where he served as a U.S. senator for more than three decades, and his home in Delaware, stepped in to offer assistance in negotiations. Throughout his career, Biden has been a supporter of labor unions, an alliance that helped carry him into the White House.

Now he was facing the first railroad strike since 1992, at a time when multiple economic crises – flight delays, shortages, inflation – were besieging his administration. A shutdown of freight rail was suddenly a disaster at once unthinkable and real. As reported by Yahoo News and other meida.

On July 15, Biden appointed an emergency board, which would have 30 days to come up with a deal between railroad owners and workers. That was followed by another 30-day period during which the two parties would negotiate over the board’s proposal. But as the deadline of Sept. 15 approached, the parties remained at loggerheads.

A strike now appeared not only likely but inevitable. In preparation, Amtrak on Wednesday canceled long-distance trains. A fresh round of supply chain disruptions loomed.

And then, in the early morning hours of Thursday, weeks of frustration and disagreement yielded an unlikely outcome: a deal. In a 5 a.m. statement, the White House announced a “tentative agreement” that will give rail workers 24% pay raises over the next several years, $5,000 bonuses, as well as a modest sick leave allowance.

“This is a big win for America,” Biden said in remarks in the Rose Garden on Thursday morning, as the White House basked in the relief of last-minute success.

The agreement was the product of a furious effort by Transportation Secretary Pete Buttigieg, Labor Secretary Marty Walsh and Agriculture Secretary Tom Vilsack to convince the railroads and their employees to come to a consensus for the sake of the nation’s economic recovery.

A White House official described Biden as “engaged and briefed throughout” the negotiations, which were led by Walsh. Starting on Wednesday, the talks would last for 20 hours, well beyond the proverbial 11th hour.

As the talks began, Biden headed to Detroit for the city’s annual automotive trade show. In his remarks there, he said nothing about the impending strike. It also went unmentioned in his speech at a Democratic fundraiser in Detroit later that afternoon.

Meanwhile, administration officials continued their feverish negotiations. Buttigieg – himself a new Michigander – was also in Detroit, though he spent most of his time at the auto show on “dozens and dozens of phone calls” related to the railroad strike, according to a senior administration official. The official described the calls as “intense.”

The full-court press for a deal intensified when Biden called into the negotiations around 9 p.m. “He pushed the negotiators once again to recognize the harm that would hit families, farmers and businesses if there was a shutdown. The economic impacts could have been significant,” the White House official told Yahoo News, describing Biden’s involvement as “crucial.”

Although Biden is caricatured by conservative media as absent-minded, he is, in fact, a micromanager who relies on a small circle of advisers and has high regard for his own views, forged during a half-century in Washington. But his involvement has sometimes proved counterproductive, for example during last year’s protracted and unfruitful negotiations over Build Back Better, his social spending plan.

This time was different. “Things were looking up around midnight,” according to the senior administration official, with the scope of the deal coming into focus between the hours of 2 a.m. and 4 a.m.

Great work on the part of Biden and his staff!