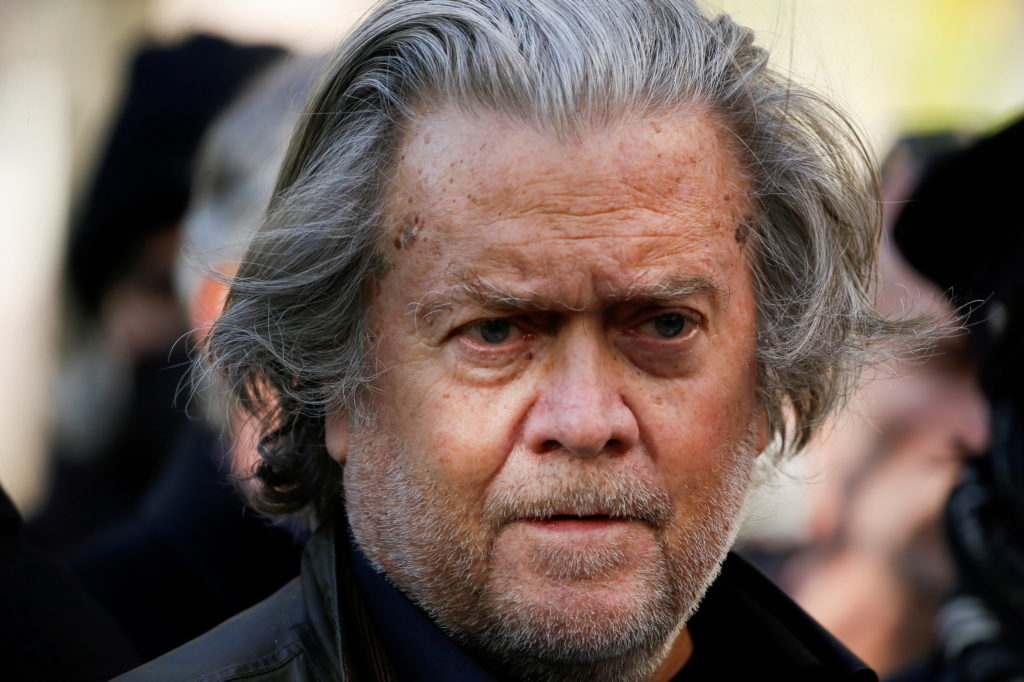 Steve Bannon, a longtime ally of Donald Trump, said yesterday that he expects to be charged soon in a state criminal case in New York City.

Bannon, 68, plans to turn himself in today.

The Washington Post, citing anonymous sources, reported that the state criminal case would resemble an earlier attempted federal prosecution, in which Bannon was accused of duping donors who gave money to fund a wall on the U.S. southern border.

In a statement, Bannon said District Attorney Alvin Bragg “has now decided to pursue phony charges against me 60 days before the midterm election,” accusing the Democratic prosecutor of targeting him because he and his radio show are popular among Trump’s Republican supporters.

“The Southern Disrict of New York (SDNY) did the exact same thing in August 2020 to try to take me out of the election,” Bannon said, referring to his arrest months before Trump’s re-election loss.

Federal agents pulled Bannon from a luxury yacht off the Connecticut coast and arrested him on charges he pocketed more than $1 million in wall donations.

“It didn’t work then, it certainly won’t work now,” the former White House strategist said. “This is nothing more than a partisan political weaponization of the criminal justice system.”

Bannon, who had pleaded not guilty, was dropped from the federal case when Trump pardoned him on his last day in office in January 2021.

Two other men involved in the “We Build the Wall” project pleaded guilty in April. They had been scheduled to be sentenced this week, but that was recently postponed to December. A third defendant’s trial ended in a mistrial in June after jurors said they could not reach a unanimous verdict.

A president can only pardon federal crimes, not state offenses, but that doesn’t mean state-level prosecutors have carte blanche to try similar cases.

In 2019, then-Manhattan District Attorney Cyrus Vance Jr. brought state mortgage fraud charges against Trump’s former campaign chairman Paul Manafort in what was widely seen as an attempt to hedge against a possible pardon.

But a judge threw the case out on double jeopardy grounds, finding that it was too similar to a federal case that resulted in Manafort’s conviction. (Manafort was later pardoned by Trump).

Bannon’s case differs because he was dropped from the federal case in its early stages. In most cases, double jeopardy is only a factor when a person has been convicted or acquitted of a crime.

In another case not covered by Trump’s pardon, Bannon was convicted in July on contempt charges for defying a congressional subpoena from the House committee investigating the Jan. 6 insurrection at the U.S. Capitol. He is scheduled to be sentenced in October and faces up to two years in federal prison.

Bannon is a user and charlatan – just like Trump!