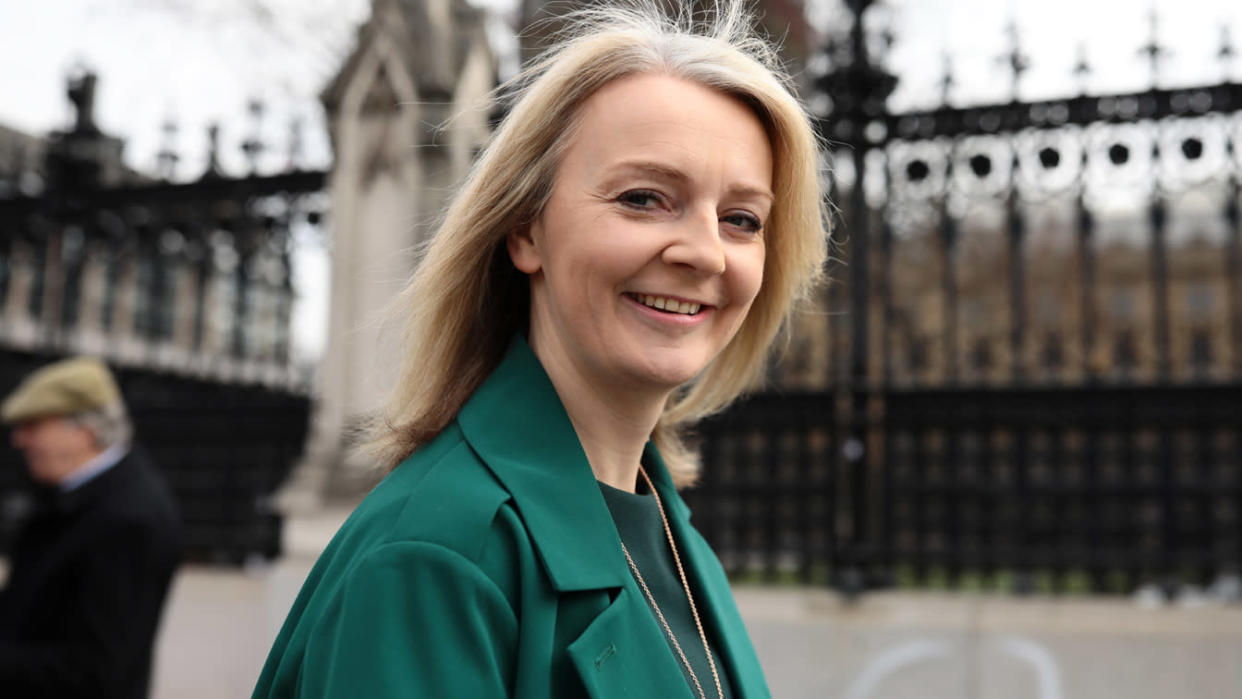 Truss, 47, said it had been an “honor to be elected,” and thanked her party for organizing “one of the longest job interviews in history” — the election that she won.

At Balmoral Castle in Scotland on Tuesday afternoon, Truss officially took office after Queen Elizabeth II asked her to form a new government in her name — a ceremony that has taken place between incoming prime ministers and the monarch for centuries.

Truss takes the helm at a unique time in British history, with Russia’s war against Ukraine raging in Europe’s east and post-Brexit policies to navigate at home.  Here is background on the new Prime Minister courtesy of Sky News and Yahoo News.

Mary Elizabeth Truss was born in 1975 in Oxford, England. According to Sky News, her mother worked as a nurse and her father was a lecturer in mathematics. Truss has described her parents as very liberal, calling them “to the left of Labour.” While she was still young, her family moved to Leeds, a less affluent city in the north of England. Truss attended state-run schools in England and Scotland, unlike Johnson and many other former prime ministers who attended the elite private school Eton College.

As a student at Oxford University, Truss was a member of the Liberal Democrats and headed the university association affiliated with the party. She even campaigned against the monarchy, as shown in a video clip filmed in 1994. Two years later, after graduating, she left to join the Conservative Party.

Chief Secretary to the Treasury Elizabeth Truss arrives at the Houses of Parliament in London on March 28, 2019. (Dan Kitwood/Getty Images)

Truss would spend 10 years in the telecommunications sector before turning to politics. She was first elected in 2006 as a councillor in the London borough of Greenwich and became a member of parliament for Southwest Norfolk in 2010. Before she stood as a candidate, members of her local association attempted to revoke her nomination after learning that she was alleged to have had an affair with a married Conservative lawmaker.

Truss backed former Prime Minister David Cameron on the side of remaining in the EU in what became to be known as “Brexit.” When Theresa May took over Cameron’s position as leader, Truss was selected as justice secretary, and later was the first woman in 1,000 years to hold the position of Lord Chancellor, the top economic official in the country. In 2019, as International Trade Secretary, Truss struck deals with New Zealand, Australia and Japan in an attempt to move Britain forward in the post-EU era.

Last September, Truss moved into the position of foreign secretary in a Johnson Cabinet reshuffle. The foreign secretary who preceded her, Dominic Raab, had came under severe scrutiny for his handling of Britain’s withdrawal from Afghanistan. Raab had been vacationing in Greece when the Taliban took control of Afghanistan, and he had asked a deputy to handle an urgent call regarding the evacuation of Afghan interpreters. Truss is now one of the Conservatives’ longest-serving Cabinet ministers sitting in Parliament.

On July 7, hours after Johnson announced his resignation as prime minister, Truss cut short her attendance at a G-20 event in Indonesia and announced her bid for the leadership race. At home, Truss has promised to cut taxes immediately, as well as to “keep corporation tax competitive.” She has also vowed to “unlock the huge opportunities of Brexit, with bold reforms.” As foreign secretary dealing with Brexit, Truss has created controversy over her hard-line stance.

A European Union official told the iNews on Sept. 1 that the EU would refuse to negotiate any changes in the Brexit deal on Northern Ireland if Truss carries through on a proposal to give ministers power to suspend parts of the Northern Ireland Protocol. The Protocol, which Johnson concluded with the EU, was intended to avoid excessive disruption between EU-member Ireland and British Northern Ireland.

Truss has also said that if she is appointed prime minister, she will declare China an official threat for the first time. Since Russia’s invasion of Ukraine in February, she and Johnson have sharply condemned the Kremlin. In July, she told the BBC that “all of Ukraine that has been invaded by Russia is illegally occupied.”

On Aug. 26, Truss sparked tensions after she said the “jury’s out” on whether France is a friend or foe to Britain. President Emmanuel Macron of France responded that it was a “problem” if the U.K. was unwilling to call itself a friend.

As for U.K. relations with the U.S., the Financial Times suggested earlier this week that Truss had questioned the alliance, which has prevailed since World War II. Others doubt that she will maintain that stance.

“U.K. and U.S. relations are extremely important. It’s way, way bigger than any individual personality, including Liz Truss,” David Lawrence, a research fellow in the U.K. in the World Initiative at Chatham House, told Yahoo News. “I suspect that, like every single British prime minister before her, she’ll be incredibly keen to foster a good, close relationship.”

Liz Truss delivers an acceptance speech after being announced the winner of the Conservative Party leadership contest on Monday. (Wiktor Szymanowicz/Anadolu Agency via Getty Images)

In her victory speech, Truss announced a new “bold plan” to cut taxes and deliver on the country’s energy crisis. She said that she would expand Britain’s economy and deal with the issues the U.K.’s National Health Service is undergoing after years of strain due to the pandemic. “We will deliver, we will deliver, we will deliver,” she told a crowd of her fellow party members at Westminster on Monday afternoon.

She also thanked her “friend” Johnson. “You are admired from Kyiv to Carlisle,” Truss said.

Truss is the third woman to become U.K. prime minister, following in the steps of Margaret Thatcher and Theresa May. She will be the 15th prime minister of Queen Elizabeth II’s reign.

We wish her luck!