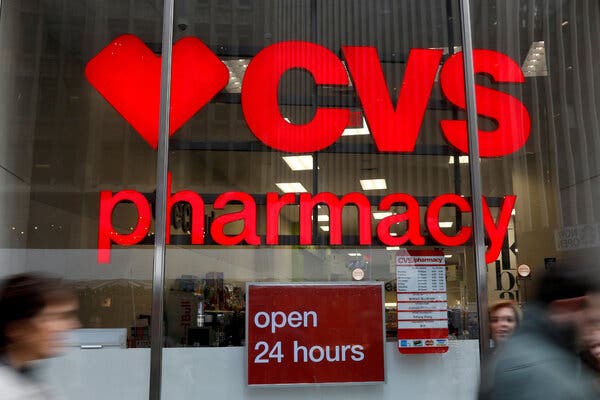 The drugstore giant CVS Health  announced yesterday that it would acquire Signify Health, which runs a network of doctors making house calls, for roughly $8 billion in a deal that cements the pharmacy chain’s move away from its retail roots.

The deal, if approved by shareholders and regulators, would give CVS, which has nearly 10,000 stores nationwide, a new avenue to reach its customers: at home.

Pharmacies like CVS have been searching for new ways to strengthen ties with their large customer base, particularly as consumers increasingly head online for the everyday items that used to draw them into stores. In Signify, CVS is acquiring a company that offers analytics and technology to help a network of 10,000 doctors provide in-home health care to 2.5 million patients across the United States. Signify has a focus on those on Medicare and in underserved communities.  As reported by The New York Times.

“Their interest is to take over the home,” said Dr. Eric Topol, a professor of molecular medicine at Scripps Research in San Diego, who noted that any care provided to patients at home, rather than in the hospital, lightens the financial load on insurance companies, including Aetna, the insurance business that CVS owns. Signify contracts with insurance providers, including Aetna.

“If you’re looking at it from Aetna’s standpoint, this is a way to save big, big expenditures for their people they cover,” Dr. Topol said.

Daily business updates  The latest coverage of business, markets and the economy, sent by email each weekday. Get it sent to your inbox.

CVS has been whittling down its store base as it has pushed further into health care. The retailer said last year that it would close roughly 900 stores over three years. Its executives told analysts last month that the chain was looking at deals as a way to tack on new health services and ways to deliver those services‚ including in the home.

Karen S. Lynch, the chief executive of CVS, reiterated that strategy in a statement on Monday. “Signify Health will play a critical role in advancing our health care services strategy and gives us a platform to accelerate our growth in value-based care,” she said.

CVS has roughly 40,000 physicians, pharmacists, nurses and nurse practitioners, as well as 1,100 MinuteClinic locations, which offer care ranging from vaccinations to physicals.

The pharmacy giant will pay Signify $30.50 per share in cash. Signify’s shares jumped almost 7 percent in after-hours trading; CVS’s stock rose less than 1 percent. The two companies said they expected the deal to close in the second half of 2023, pending regulatory and shareholder approval.

“We are both building an integrated experience that supports a more proactive, preventive and holistic approach to patient care, and I look forward to executing on our shared vision for the future of care delivery,” the chief executive of Signify, Kyle Armbrester, said in a statement on Monday.

CVS’s move toward health care began in earnest nearly a decade ago, with its $21 billion acquisition of pharmacy benefits manager Caremark Rx. It acquired more than 1,000 of Target’s pharmacies in 2015 and the health insurer Aetna for $69 billion in 2018.

The Centers for Medicare and Medicaid Services said in 2019 that it expected national health spending to reach $6 trillion by 2027, consuming a larger share of gross domestic spending, as baby boomers aged and the price of services rose. But many Americans still do not get care, in part because of the costs and inconvenience.

The pandemic changed the way people seek medical attention and how companies think about providing it, as many patients sought new alternatives to traditional hospital care. CVS and other retailers like Walmart played a key role in the Biden administration’s coronavirus vaccination campaign, and the White House also started a “test to treat” program to allow patients to test for the virus and obtain a prescription for antiviral pills at the same retail location if they tested positive.

Change across health care has lead to deal-making in the industry. Amazon announced in July that it planned to acquire One Medical, a chain of primary care clinics around the country, for $3.9 billion. Walgreens has announced a string of deals, including most recently an acquisition of Carecentrix, another company that provides services in the home.

And CVS is looking to carve out its own position as the deal-making heats up.

“CVS doesn’t want to sell us just prescriptions and toothpaste; it wants to be our primary care provider,” said Erik Gordon, a professor at the University of Michigan’s Ross School of Business. “With stores that are convenient to many of us, it is going to be a big player.”

I get my prescription drugs and flu shots with CVS.  I have a fine GP whose practice is 35 miles away and who doesn’t make house calls.  I might consider CVS in an emergency.

Good move on their part!