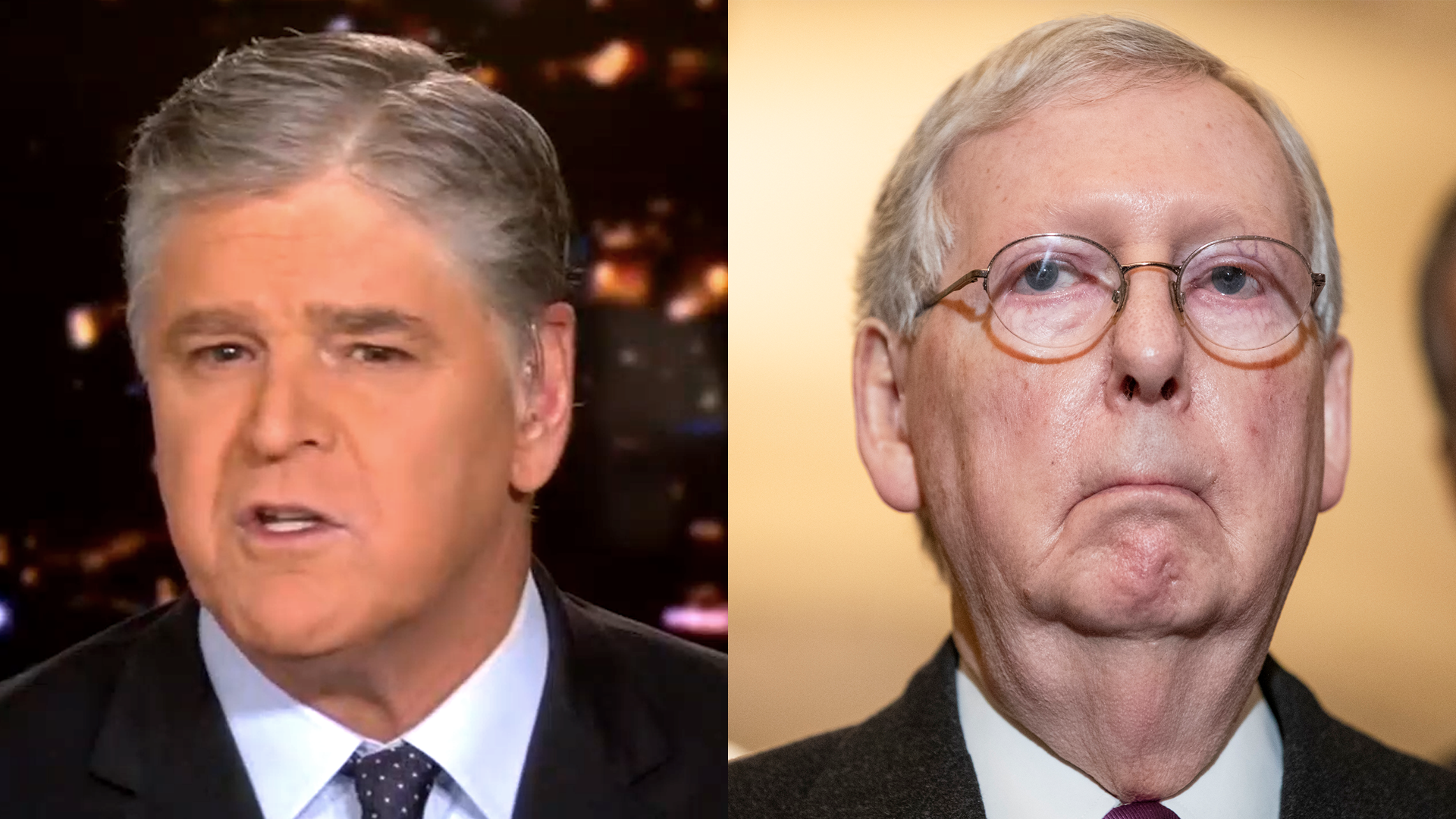 On Friday, Fox News host Sean Hannity went after Senate Minority Leader Mitch McConnell (R-Ky.) for undercutting weak GOP Senate candidates with a comment about their “quality.”  As reported by the Huffington Post.

In light of flagging GOP poll numbers, McConnell appeared to downgrade his earlier hopes that Republicans would retake the Senate in the midterm elections because the candidates were less than top notch. Unlike the House, “Senate races are just different — they’re statewide. Candidate quality has a lot to do with the outcome,” McConnell told reporters Thursday.

A number of those in trouble are those pushed by Donald Trump.

Hannity accused the senator of abandoning his own party’s candidates.

Hannity said “Democrats are painting Republican Senate candidates in upcoming elections and midterms as cruel and out of touch.  Apparently Senate Minority Leader Mitch McConnell is content to leave them out to dry and fend for themselves.”

How about “you get out there, Mitch, and fight for your team?” asked Hannity. “What’s your agenda, Mitch, or would you rather just sit by and watch helplessly as Democrats lie to your face, pass another $500 billion green energy boondoggle next year?”

Or is it “maybe Mitch McConnell hates Donald Trump so much that he would probably rather see Trump-endorsed candidates loose because he might think that would hurt Donald Trump? His time as a leader has come to an end,” Hannity added.

McConnell, who has yet to reply to Hannity, didn’t single out any candidate as lacking quality when he spoke to reporters. But his dig reflected frustrations in the GOP about controversial Republican Senate candidates with little or no political experience who are stumbling in the polls. Those include most notably Oz, author, investment banker and Ohio Senate candidate J.D. Vance, and former football star Herschel Walker, who’s running for the Senate in Georgia.

In Oz’s latest mocked blunder, he moaned in a video, originally made in April, about the high cost of “crudité” in a city that prefers Philly cheesesteaks. He also referred to the well-known Pennsylvania grocery store Redner’s, where he was shopping for raw vegetables, as “Wegner’s.”

Sources told Rolling Stone that even Trump is growing frustrated with Oz, who he has championed.

He’s going to “f**king lose” unless something drastically changes, Trump has complained about his pick, sources told the publication.

Such language coming from a former president!