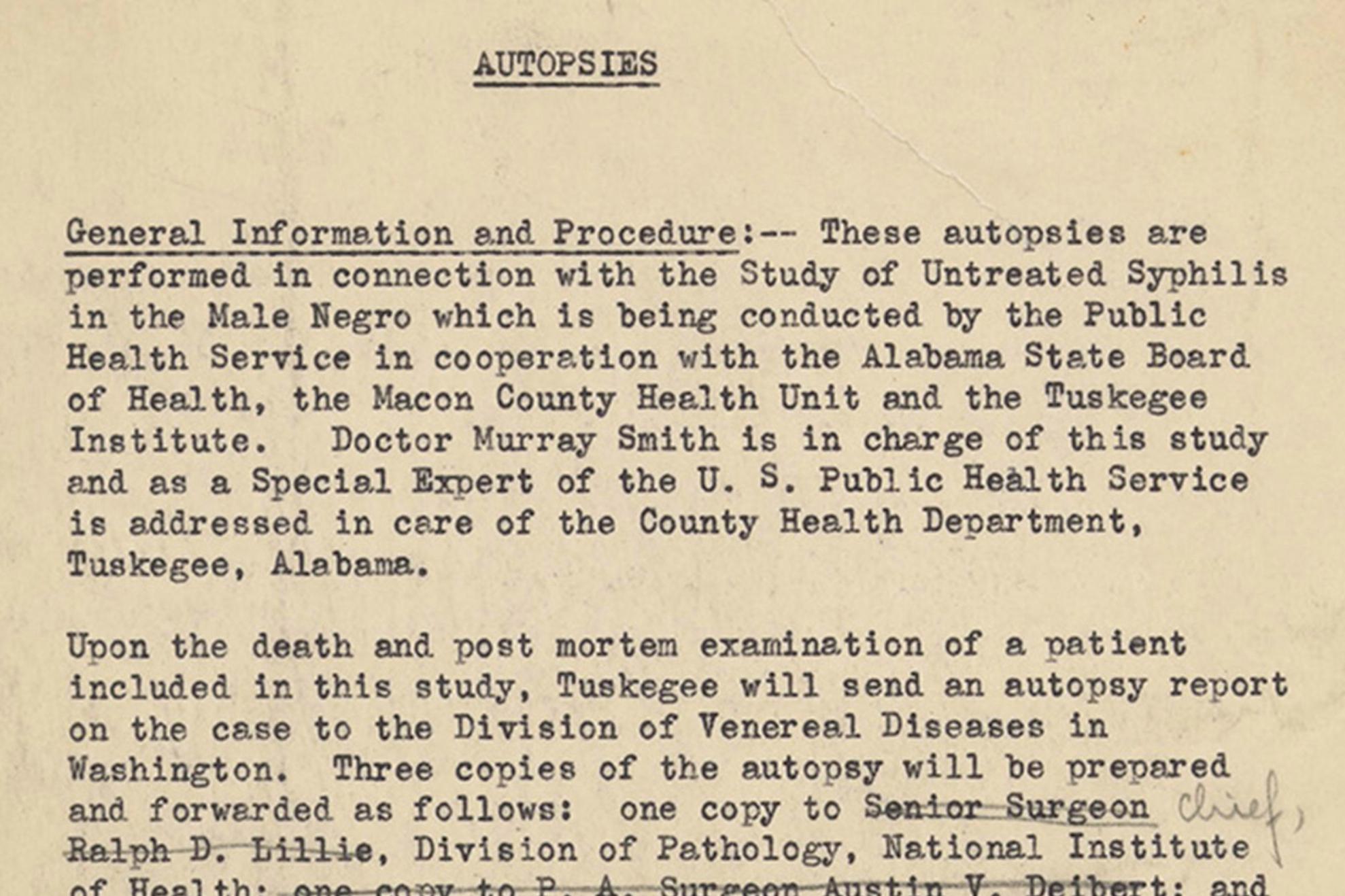 On July 25, 1972, Jean Heller, a reporter on The Associated Press investigative team, then called the Special Assignment Team, broke news that rocked the nation. Based on documents leaked by Peter Buxtun, a whistleblower at the U.S. Public Health Service, the then 29-year-old journalist and the only woman on the team, reported that the federal government let hundreds of Black men in rural Alabama go untreated for syphilis for 40 years in order to study the impact of the disease on the human body. Most of the men were denied access to penicillin, even when it became widely available as a cure. A public outcry ensued, and nearly four months later, the “Tuskegee Study of Untreated Syphilis in the Negro Male” came to an end. The investigation would have far-reaching implications: The men in the study filed a lawsuit that resulted in a $10 million settlement, Congress passed laws governing how subjects in research studies were treated, and more than two decades later President Bill Clinton formally apologized for the study, calling it “shameful.”

Today, the effects of the study still linger — it is often blamed for the unwillingness of some African Americans to participate in medical research.

In observance of the 50th anniversary of Heller’s groundbreaking investigation, the AP is republishing the original report and a recent interview with her and others on how the story came together.

For 40 years the U.S. Public Health Service has conducted a study in which human guinea pigs, denied proper medical treatment, have died of syphilis and its side effects.

The study was conducted to determine from autopsies what the disease does to the human body.

PHS officials responsible for initiating the experiment have long since retired. Current PHS officials, who say they have serious doubts about the morality of the study, also say that it is too late to treat syphilis in any of the study’s surviving participants.

But PHS doctors say they are rendering whatever other medical services they can now give to the survivors while the study of the disease’s effects continues.

The experiment, called the Tuskegee Study began in 1932 with about 600 black men mostly poor and uneducated, from Tuskegee, Ala., an area that had the highest syphilis rate in the nation at the time.

One-third of the group was free of syphilis; two-thirds showed evidence of the disease. In the syphilitic group, half were given the best treatment known at the time, but the other half, about 200 men, received no treatment at all for syphilis, PHS officials say.

As incentives to enter the program, the men were promised free transportation to and from hospitals, free hot lunches, free medicine for any disease other than syphilis and free burial after autopsies were performed.

The Tuskegee Study began 10 years before penicillin was discovered to be a cure for syphilis and 15 years before the drug became widely available. Yet, even after penicillin became common, and while its use probably could have helped or saved a number of the experiment subjects, the drug was denied them, Dr. J.D. Millar says.

He is chief of the venereal disease branch of the PHS’s Center for Disease Control in Atlanta and is now in charge of what remains of the Tuskegee Study. Dr. Millar said in an interview that he has serious doubts about the program.

“But the study began when attitudes were much different on treatment and experimentation. At this point in time, with our current knowledge of treatment and the disease and the revolutionary change in approach to human experimentation, I don’t believe the program would be undertaken,” he said.

The Tuskegee Syphilis Study is a heinous example of science research gone awry!