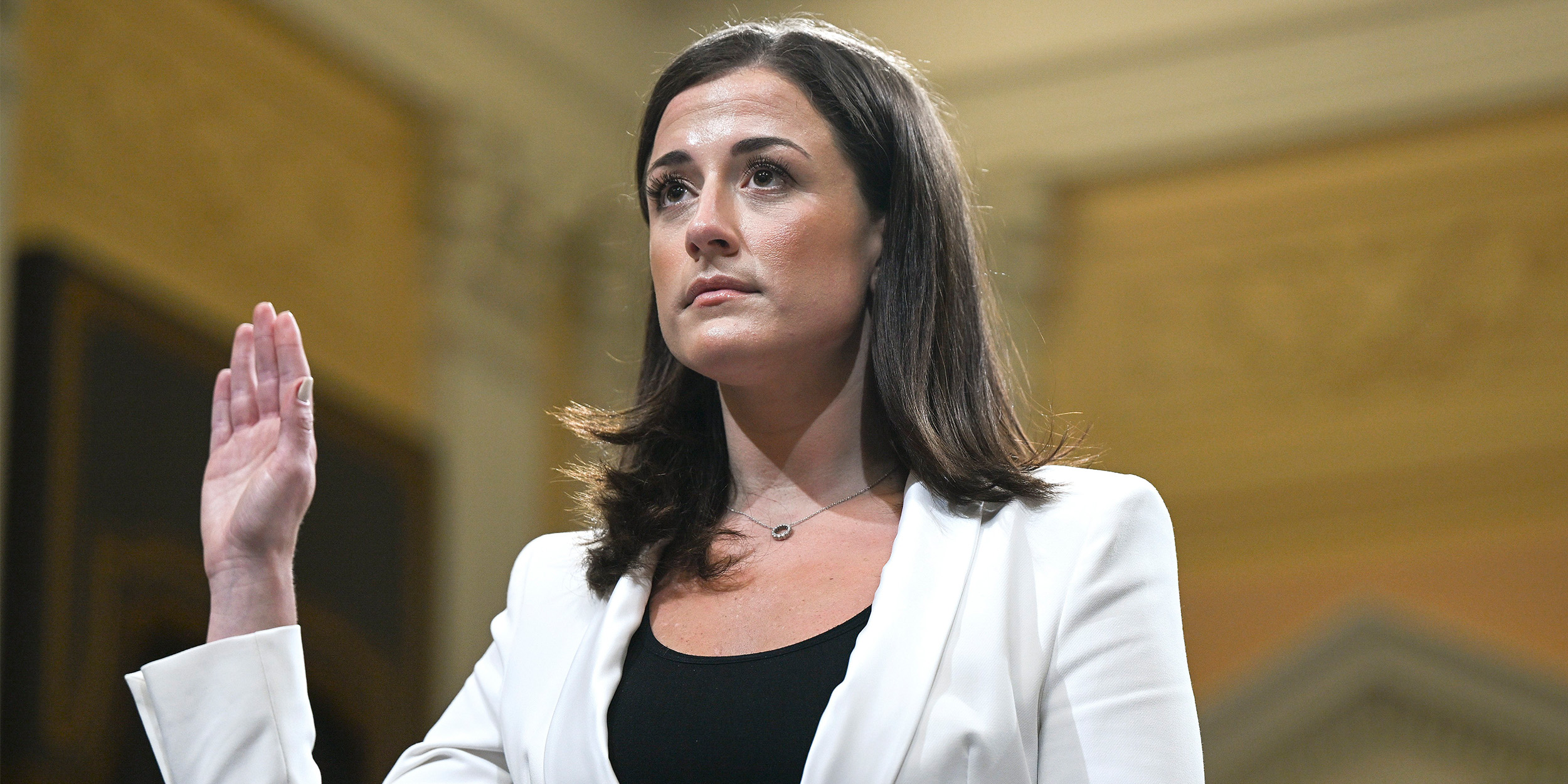 Yesterday, Cassidy Hutchinson, an aide to White House Chief of Staff Mark Meadows, testified at the televised House Committee January 6th hearing.  She was close to a lot of the action that took place up to and during the insurrection. Her testimony was riveting revealing snippets of Donald Trump’s inflated, unhinged personality.  Even Fox News reporter Bret Baier said Hutchinson was “stunning and compelling.”

Ryan Grenoble, a national reporter at the Huffington Post, has provided a review of the hearing including nine key takeaways or “bombshells” that  Hutchinson dropped.  See below.

The country owes Ms. Hutchinson a great deal of gratitude for her courage in testifying yesterday knowing full well the abuse and threats that those who cross Donald Trump  often suffer. She did so because, unlike so many of the bootlickers with whom Mr. Trump surrounds himself, she wanted to do the right thing.

Meadows thought things might get “real, real bad on Jan. 6.”

On Jan. 2, Hutchinson escorted Trump’s personal lawyer Rudy Giuliani to his car after a meeting at the White House. Hutchinson said Giuliani told her they were “going to the Capitol” as part of a plan to keep Trump in power, and that “the president’s going to be there” and “it’s going to be great.”

When Hutchinson asked Meadows to clarify, he replied, “things might get real, real bad on Jan. 6.”

The president knew members of the crowd at the “Stop the Steal” rally had AR-15s, handguns, bear spray, spears and other weapons, and were wearing body armor when he directed the mob to the U.S. Capitol.

Hutchinson testified that Trump urged the Secret Service to take down the magnetometers that were set up at the location of his speech so more people could attend, because armed individuals were unwilling to go through them. Audio from Capitol Police played at the hearing also shows officers were concerned about highly armed individuals wearing military fatigues outside Trump’s speech before he told them to march to the Capitol.

“They’re not here to hurt me.”

Trump, having been warned about the weapons, was aware of the danger they posed but was seemingly OK with it, Hutchinson testified.

“I heard the president say something to the effect of, ‘I don’t f-ing care that they have weapons,’” she said. “‘They’re not here to hurt me. Take the f-ing mags [metal detectors] away. Let my people in. They can march to the Capitol from here.’”

The House minority leader told Trump not to come to the Capitol on Jan. 6.

House Minority Leader Kevin McCarthy (R-Calif.) was adamant Trump not go to the U.S. Capitol after his rally on Jan. 6, and was under the impression he would not.

Hutchinson said McCarthy called her sounding “frustrated and angry” when, during his speech, Trump declared he intended to nevertheless go to the Capitol along with the mob.

“Well, he just said it onstage, Cassidy. Figure it out. Don’t come up here,” Hutchinson recalled him saying on the call.

Trump tried to grab the steering wheel of his limousine and assaulted a Secret Service agent.

Hutchinson testified that Trump tried to grab the wheel of his armored limousine when the Secret Service informed him they’d be unable to take him to the Capitol for security reasons. An agent removed his hand from the wheel, at which point he lunged at Special Agent Bobby Engel.

“The president said something to the effect of, I’m the f-ing president, take me up to the Capitol now.’ To which [Secret Service agent Bobby Engel] responded, ‘Sir, we have to go back to the West Wing,’” Hutchison said.

She continued: “The president reached up toward the front of the vehicle to grab at the steering wheel. Mr. Engel grabbed his arm and said, ‘Sir, you need to take your hand off the steering wheel, we’re going back to the West Wing. We’re not going to the Capitol.’”

“Mr. Trump then used his free hand to lunge towards Bobby Engel and when Mr. [Anthony] Ornato had recounted the story to me, he had motioned towards his clavicles,” she said.

Trump repeatedly threw his food at the wall.

The former president was so angry after Attorney General William Barr told The Associated Press there was no evidence of widespread election fraud in the 2020 election that he threw his lunch against the wall.

Hutchinson told lawmakers she heard a noise from the White House dining room after Trump learned of the interview, and peeked into the room soon after.

“I first noticed there was ketchup dripping down the wall, and there was a shattered porcelain plate,” Hutchinson said. She added that the valet conveyed “that the president was extremely angry at the attorney general’s AP interview and had thrown his lunch against the wall, which was causing them to have to clean up.”

Hutchinson said she grabbed a towel and helped the valet wipe ketchup off the wall, and testified that there were “several times” of Trump “either throwing dishes or flipping the tablecloth” throughout her tenure at the White House.

Michael Flynn pleaded the Fifth instead of supporting the peaceful transfer of power.

Video from Flynn’s deposition shows he invoked his Fifth Amendment rights when asked by Rep. Liz Cheney (R-Wyo.) if he believed in the peaceful transition of power.

“He thinks Mike deserves it.”

Hutchinson told the panel she remembered White House counsel Pat Cipollone telling Meadows, with a high degree of alarm, that the mob was “literally calling for [Vice President Mike Pence] to be f-ing hung.”

“This is f-ing crazy,” Cipollone replied.

Rudy Giuliani and Mark Meadows both asked Trump for pardons.

“Did Rudy Giuliani ever suggest that he was interested in receiving a presidential pardon related to Jan. 6?” asked Cheney.

“He did,” Hutchinson replied.

“Did White House chief of staff Mark Meadows ever indicate that he was interested in receiving a presidential pardon related to Jan. 6?” Cheney asked.