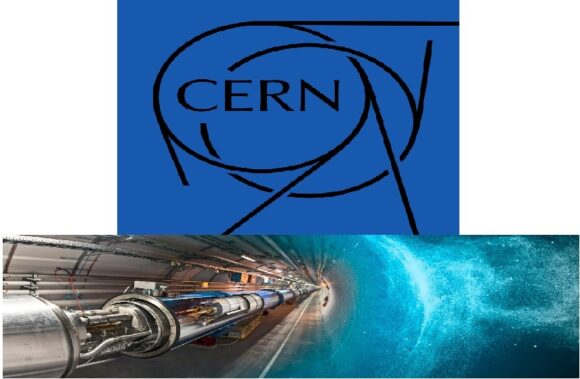 CERN, the Geneva-based research center that houses the world’s largest atom smasher is grappling with ways to punish Russia’s government while protecting Russian researchers who work to help solve the deepest mysteries of the universe.  As reported by the Associated Press.

CERN, also known as the European Center for Nuclear Research, has a mission to facilitate collaboration among its 23 member countries and beyond. The war in Ukraine, an associate member state, has the organization trying to calibrate its response to join international actions against Russia, which was an official CERN observer before the invasion, without sacrificing science.

Some 1,000 scientists, or nearly 7% of the 18,000 researchers involved with CERN, are affiliated with Russian institutions — most, though not all, are Russian. If they are cut off from participating in experiments and other research, it could slow or complicate upcoming projects involving the center’s Large Hadron Collider, the world’s largest and most powerful particle accelerator.

A crucial decision for CERN’s governing council looms this week because the collider is set to start operating again in April after a hiatus of more than three years that partly resulted from the coronavirus pandemic. The collider requires regular pauses, and its next run is expected to generate huge amounts of new data.

“What kind of projects are the Russians involved here at CERN? It’s essentially in everything that we are doing,” Joachim Mnich, the director for research and computing. “We’re in discussions with the council to find a solution for that: Punish — as much as possible, as we can do — the Russian government. But not punishing our colleagues.”

The next operation of the accelerator, which is set to churn out new data starting this summer, will be only the third round of experiments in the collider: A first run took place from 2010 to 2012, and a second from 2015 to 2018. The one starting in April is expected to last until 2026.

On March 8, the CERN Council joined international condemnation of the invasion of Ukraine and suspended new collaborations with Russia and its institutions indefinitely. It also expressed support for Russian scientists who “reject this invasion” and stripped Russia of its observer status.

CERN is run by 22 European countries and Israel as member states. The United States, Japan and the European Union have observer status. Ukraine is among seven countries with associate member status.

Russian researchers are involved in a project for the “high-luminosity” phase of the collider, which should “crank up” its performance by 2027 and generate vast new amounts of data, Mnich said.

The Russians are working on physics analysis, computing, and the operation, construction and design of new detectors that catch protons after they are smashed together.

Mnich said fully two-thirds of the staffers are Russian on an experiment known as NA64, which involves blasting a high-powered electron beam onto a fixed target and searching for unknown particles from a hypothetical dark-sector.

Another experiment related to CERN’s accelerator, which propels particles through an underground, 27-kilometer (17-mile) ring of superconducting magnets in and around Geneva, uses synthetic crystals to split and deflect beams. Nearly half of the staff working on the research are from Russia, Mnich said.

Yet another project, to study the internal structure of protons and neutrons, has components “delivered by Russian colleagues,” he said.

“They are here. They arrived already last year. They’re installed. But we might have problems to operate the detectors if our Russian colleagues will not be able to come to CERN as planned in the future,.” Mnich said.

“We are not sending anyone home,” he added. “We try to continue to keep them here, but it’s a very difficult situation for us.”