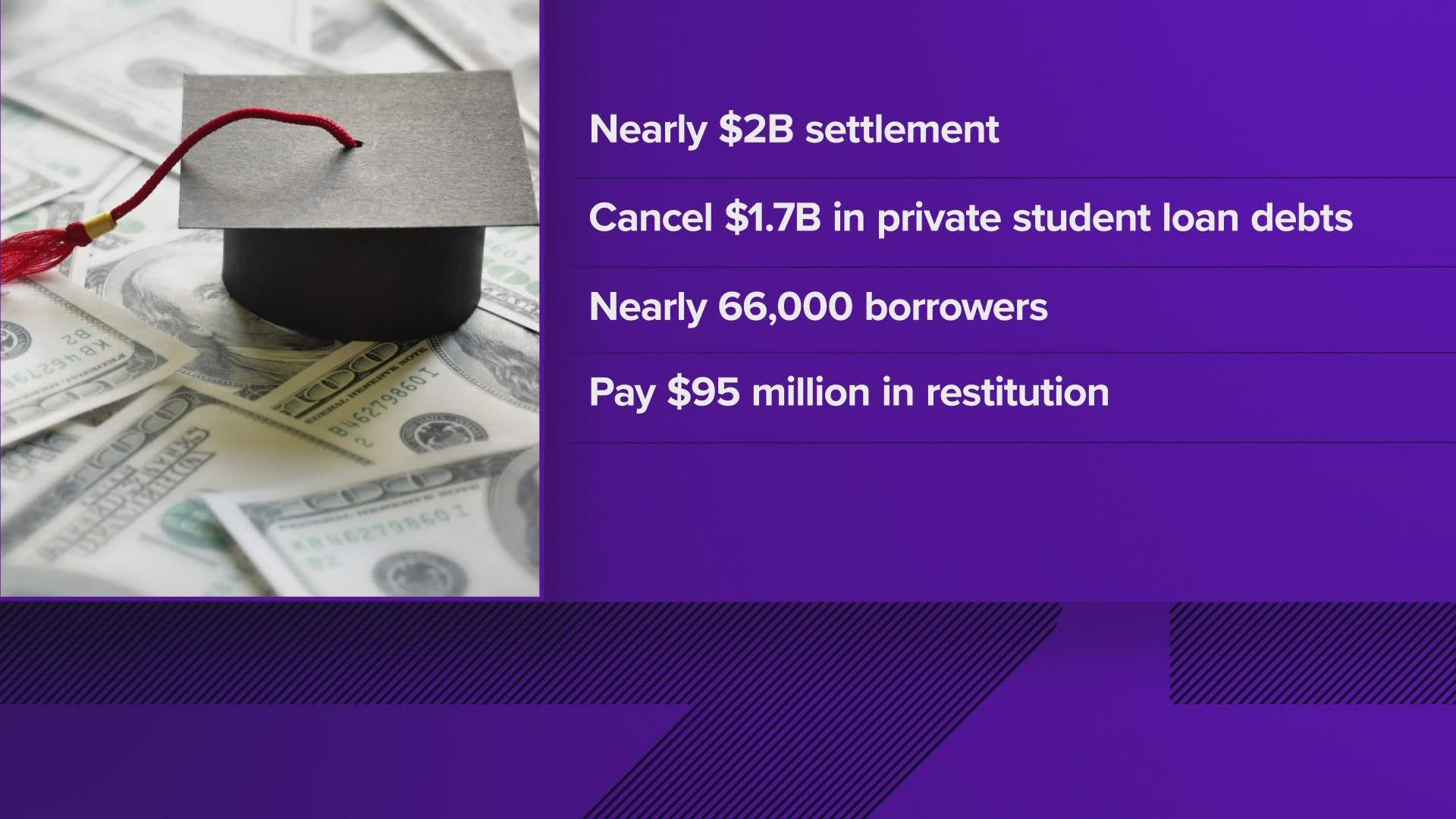 Tens of thousands of people who took out student loans over the past 20 years could see their loans canceled or receive a small check as part of a nationwide settlement with Navient, a major student loan collecting company, over allegations of abusive lending practices.

Proposed settlements were filed Thursday in courts around the country.

The agreement, if approved by a judge, cancels $1.7 billion in private loan debt owed by more than 66,000 borrowers across the U.S. and distributes a total of $95 million in restitution payments of about $260 each to approximately 350,000 federal loan borrowers.

The proposed settlements were filed in court in each participating state and will require court approval.

Here’s a closer look at the proposed settlement courtesy of the Associated Press:

WHO DOES THIS AFFECT?

Borrowers who will receive restitution or debt cancellation span all generations, officials say. They include students who went to colleges or universities right after high school and mid-career students who dropped out after enrolling.

The loans were taken out primarily between 2002 to 2014, officials say. Private loans often came with a variable, rather than fixed, interest rate and a shorter window than federal student loans to make payments before defaulting.

HOW WILL YOU FIND OUT IF YOU BENEFIT?

Borrowers who will see their private loan debt canceled will be notified by Navient by July 2022, along with a refund of payments they made on the loan after June 30, 2021, according to state officials. Private loan borrowers don’t need to take any action to qualify.

Borrowers who are eligible for a restitution payment of approximately $260 will receive a postcard from the settlement administrator this spring, state officials say. Checks are expected to go out in mid-2022.

Federal loan borrowers who qualify need to update their studentaid.gov account, or create one, to ensure the U.S. Department of Education has their current address.”

Good news for these students!