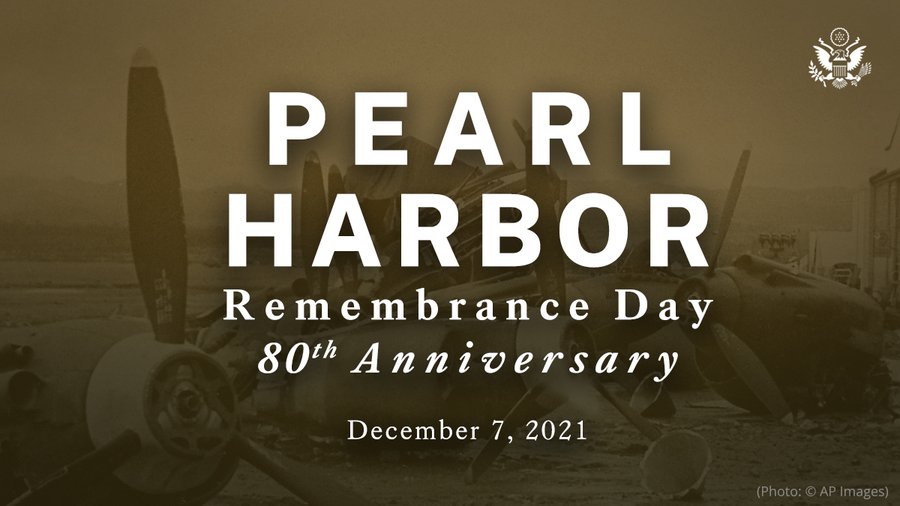 Today we remember Pearl Harbor and honor the memory of those who lost their lives after an attack by the Imperial Japanese Navy in Hawaii.

On December 7, 1941, Japan attacked our forces at Pearl Harbor and other locations in Hawaii, taking the lives of 2,403 service members and civilians and leading the United States to declare its entrance into World War II. It was a day that still lives in infamy 80 years later. As we mark the first National Pearl Harbor Remembrance Day, we honor the patriots who perished, commemorate the valor of all those who defended our Nation, and recommit ourselves to carrying forth the ensuing peace and reconciliation that brought a better future for our world. Today, we give thanks to the Greatest Generation, who guided our Nation through some of our darkest moments and laid the foundations of an international system that has transformed former adversaries into allies.