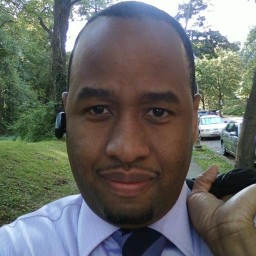 RiShawn Biddle, a senior fellow with FutureEd, a nonpartisan think tank, and the editor of Dropout Nation, has a guest essay in today’s New York Times making the case that Black and Brown families have benefited from remote learning. Entitled, Don’t Kill Remote Learning. Black and Brown Families Need It, Biddle comments that “Remote instruction has kept this Black man — along with my wife and 7-year-old son — safe from Covid over the last year, even if it hasn’t been easy on anyone. Each day, as my son sits at his desk in our home near Washington learning about bar graphs on a laptop screen, I am comforted by the knowledge that he’s not sitting in a poorly ventilated classroom at risk of getting sick. “

He goes on to comment about health and school disparities and that “School districts shouldn’t add to the burdens of the families already suffering from educational and health disparities. Remote learning should remain available even after Covid is no longer an epidemic.”

He makes a good case for retaining remote learning as an option.

Remote instruction. Virtual learning. School-by-Zoom. Whatever you want to call it, it has kept this Black man — along with my wife and 7-year-old son — safe from Covid over the last year, even if it hasn’t been easy on anyone. Each day, as my son sits at his desk in our home near Washington learning about bar graphs on a laptop screen, I am comforted by the knowledge that he’s not sitting in a poorly ventilated classroom at risk of getting sick.

While my wife and I managed to get vaccinated, I also know that vaccine inequity has left many Black and Latino communities like mine, already the hardest hit by this pandemic (and often lacking health care to start), without access to inoculations they and their children need. This includes neighbors of mine who have no choice but to work in person because of the nature of their jobs.

(Vaccine hesitancy, a legacy of systemic racism, was feared to be the initial problem for Black and Latino communities. But as the Kaiser Family Foundation reported last month, the percentage of Black and Latino adults who are delaying or refusing vaccination is dropping. Even among the vaccine hesitant, concerns such as taking time off from work, out-of-pocket costs, and inability to get vaccines are major barriers.)

Remote learning has also been helpful to parents I work with whose children suffer from chronic illnesses such as asthma and diabetes.

Which is why announcements in the last month by politicians such as the New York City mayor, Bill de Blasio, and Gov. Phil Murphy of New Jersey that remote learning won’t be available for the next year are bad news for a majority of the country’s Black, Latino and Asian students and their parents who wish to keep virtual learning as an option. Eliminating remote learning, which many of these families support, exacerbates already-existing educational and health care inequities. New York City and other districts should figure out how to keep remote learning as an option.

Despite 88 percent of all school buildings nationwide having been reopened, according to the U.S. Department of Education, the reality is that a majority of families of color (and even a significant number of white households) still opt for their kids to learn virtually. Polling has consistently shown support for remote learning among nonwhite families. As a recent example, 59 percent of nonwhite parents polled in May by the National Parents Union said they wanted both in-person and remote options for the next school year.

Black, Latino and Asian families will concede that school-by-Zoom can be a hot mess. Decades of federal neglect of broadband, as well as struggles by districts to roll out technology in a timely manner, have meant that students have been shortchanged at various points in the last year. But these families are also realistically assessing the risks they and their children still face from Covid — and the long odds of proper ventilation and mitigation in the oft-neglected school buildings in their communities. Many school buildings in Black and brown communities were poorly ventilated long before the pandemic. Asbestos and terrible conditions have also been constant problems. While the federal American Rescue Plan Act devotes some of the $123 billion allocated to schools for building improvements, growing evidence that school districts are buying unproven air purifiers, along with the Centers for Disease Control and Prevention’s belated admission that the coronavirus spreads by airborne transmission, have further heightened their longstanding distrust.

While adults can be vaccinated, most students (especially those under age 12) cannot. They will not likely be able to get inoculated until later this year, when school is underway.

Youths under age 19 now account for 24 percent of Covid cases versus 10.6 percent last October, according to the American Association of Pediatrics. Studies over the last year suggest that Black and Latino youths, because of disparities caused by systemic racism, are especially vulnerable to infection. Black and Latino youths account for nearly 60 percent of Covid deaths among youths under 18, according to data from the C.D.C.

Join Michael Barbaro and “The Daily” team as they celebrate the students and teachers finishing a year like no other with a special live event. Catch up with students from Odessa High School, which was the subject of a Times audio documentary series. We will even get loud with a performance by the drum line of Odessa’s award-winning marching band, and a special celebrity commencement speech.

The more transmissible new coronavirus variants are concerning. Because children often exhibit no symptoms — between 50 percent and 70 percent of students in Israel who tested positive for the virus were asymptomatic, according to a study from last October conducted by that nation’s health department — they can unknowingly spread infection to other students and to their parents at home.

The potential for spread to adults is troubling when you consider vaccine equity. Prioritization rules and distribution efforts have not adequately supported communities such as Prince George’s County, Md., where I live. Partly as a result, by late May across states, 29 percent of Black adults and 32 percent of Latino adults had received at least one dose of vaccine versus 43 percent of white counterparts. The result is that Black and Latino communities are most likely more vulnerable to outbreaks and spread than white communities right now. This is clearly being seen in Washington, where Black people now account for 82 percent of all new Covid cases, versus just 46 percent last year, according to Mayor Muriel Bowser.

Black and Brown families like mine hope conditions, both in schools and surrounding communities, improve by the start of the next school year. But we know all too well that things improve in America only after so many lives are lost from doing the wrong things.

And even after this pandemic fades into history, health disparities will continue to loom as a major reason families embrace remote learning.

Children suffering chronic illnesses such as asthma and diabetes can use remote instruction to continue learning without missing days of school and falling off track toward graduation. Students with asthma, who make up about 10 percent of all youths in classrooms, miss more than 10 million school days annually, according to Attendance Works, a nonprofit that focuses on school attendance. Black children are more likely to have asthma, with 14.3 percent diagnosed in 2018 versus 5.6 percent of white children.

Thanks to the pandemic, school districts have already invested heavily in remote learning. They may as well keep it in use. Some districts — notably Los Angeles Unified, Houston and Fairfax County, Va. — are planning to offer virtual options next year. There is no reason remote learning is not integrated into regular classrooms, as it is being done now through hybrid instruction. That way, Black and brown students can keep learning and still stay safe.

School districts shouldn’t add to the burdens of the families already suffering from educational and health disparities. Remote learning should remain available even after Covid is no longer an epidemic.