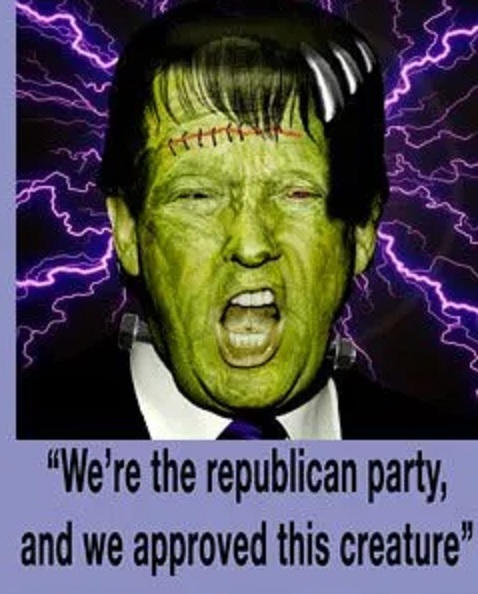 Since Trump left office in January, the three fundraising groups have repeatedly referenced him in emails seeking donations. However, Trump was reportedly upset that his name was being used without his approval by groups that had helped Republicans who voted to impeach him.

The cease-and-desist notices come after Trump addressed the Conservative Political Action Conference. In his speech, he called for unity, while also attacking a number of top Republicans, including Rep. Liz Cheney of Wyoming and Sen. Mitt Romney of Utah, and other lawmakers who voted in favor of his impeachment and to convict him.

“Get rid of them all,” Trump said during his speech. “The RINOs that we are surrounded with will destroy the Republican Party and the American worker,” Trump said at the time, using an acronym for “Republicans in name only.”

The Republicans have created the Donald Trumpenstein monster and don’t know how to destroy it.