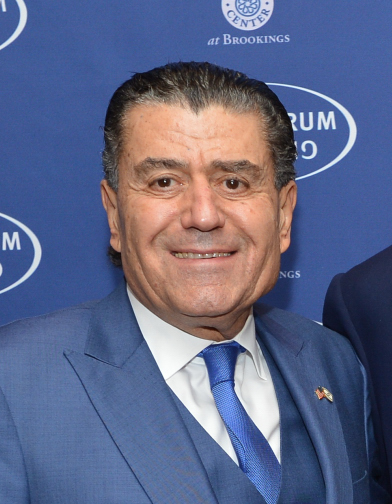 President Donald Trump lost his megaphone on social media when Twitter and Facebook took down his accounts last week, but he has remained in the spotlight with around-the-clock coverage from cable news focused on the impeachment proceedings — which may stretch past the end of his presidency.

In a recent interview with Yahoo Finance, billionaire media investor and Democratic mega-donor Haim Saban, commented that Trump’s level of relevance and power as an ex-president will depend on the amount of attention he garners from television news, and Saban urged such outlets to turn their coverage elsewhere.

“If they cut him off like the online entities cut him off,” Saban says. “If he’s cut off from the media, he won’t be able to have the same impact.”

“Fox News is a special animal within itself,” Saban acknowledged. But he said he hopes “all the other television media simply don’t give [Trump] a platform.”

Saban, a power broker often aligned with the moderate wing of the Democratic Party, said television news channels should learn from the run-up to the presidential election in 2016, when Trump received more coverage than Democratic nominee Hillary Clinton.

Trump will retain power “if the media gives him the platform they gave him before the elections worth billions of dollars of exposure,” Saban says.

Saban spoke to Andy Serwer in an episode of “Influencers with Andy Serwer,” a weekly interview series with leaders in business, politics, and entertainment.

Known for his entertainment industry savvy, Saban currently serves as chairman and CEO of the private investment firm Saban Capital Group, which specializes in media and entertainment.

On Wednesday, the House of Representatives voted to impeach Trump for “incitement of insurrection” related to his role in the siege of the Capitol a week prior. In the aftermath of the siege, Trump was stripped of his accounts on Twitter, Facebook, and YouTube.

Trump’s son-in-law and senior adviser Jared Kushner objected in recent days when aides attempted to give Trump an outlet on social media through alternative platforms like Gab, which have been know to house conversations among extremists, CNN reported on Wednesday.

After the social media ban, Trump said he has “been in negotiations with various other sites” about establishing a presence on their platforms, and has suggested he may start his own.

While urging media organizations to forego covered of Trump’s post-presidency, Saban said such a move could alleviate political polarization.

“If Trump is cut off from the media, we’re going to see that division really calm down,” Saban says. “There will be no one to fan those flames.”

I agree fully with Mr. Saban.  I hope CNN and MSNBC especially cut back on Trump’s coverage once he leaves office.  However, they will probably lose viewership and hence revenue.  So be it!