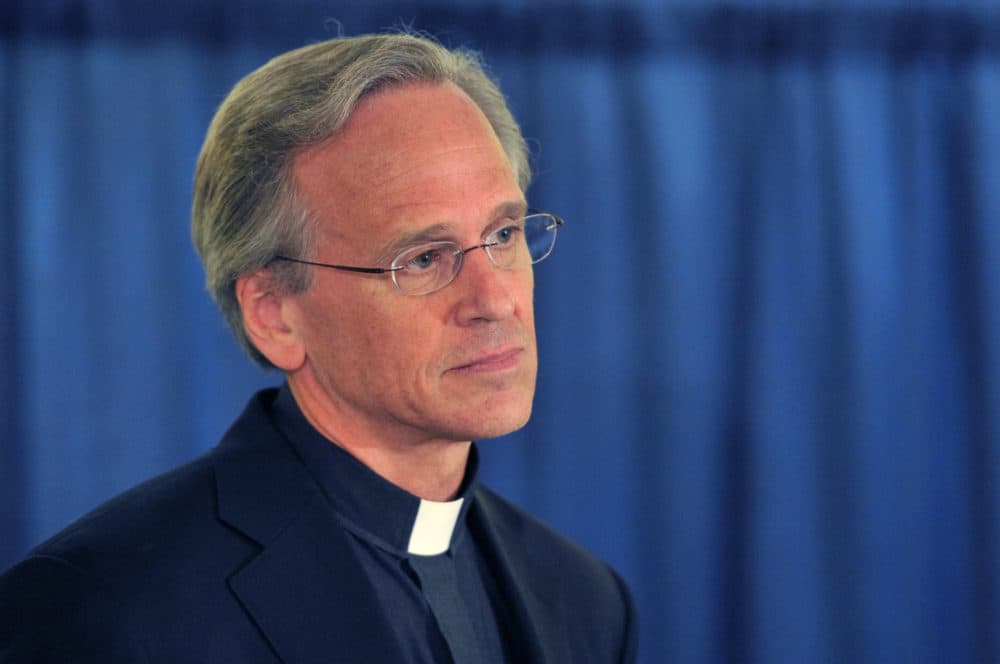 Notre Dame is back in the spotlight after the school’s president, Reverend John Jenkins, tested positive for COVID-19 after attending a high-profile event at the White House.   Jenkins was pictured without a mask during a White House event at the Rose Garden nominating Judge Amy Coney Barrett to the Supreme Court on September 26. Some students of the school, which has instituted coronavirus mitigation protocols and briefly suspended in-person classes after an outbreak, started a petition calling for the president to resign.

More than ten attendees — including the President of the United States Donald Trump and Jenkins — have since tested positive for covid-19, the disease caused by coronavirus. As reported by Yahoo News.

Rev. Jenkins apologized for attending the event and “regretting my error in judgment” and “failing to lead as I should have.”

The situation enraged students at the prestigious university.

“Notre Dame is kind of a good example of like a microcosm of the United States in terms of just people are frustrated at the hypocrisy of the lack of leadership,” Makira Walton, a 21-year-old Notre Dame student, told Yahoo Finance. “It’s obviously a very deadly disease and, and we shouldn’t just use statistics to discount what is a loss of life that is very personal to some people — I think that kind of gets lost in translation.”

Walton, who co-authored the petition calling for Jenkins’ resignation, added that while she was “very, very thankful that nobody has seemed to have had very serious symptoms from this White House outbreak, including Father Jenkins,” the situation was frustrating since the school’s leader was “in direct breach of the University’s COVID-19 procedures, as he was recorded shaking hands with several unmasked individuals and photographed sitting without a mask in close proximity to other attendees.”

“It’s frustrating,” Patrick Kell-Dutile, one of the authors of the petition for Rev. Jenkins to resign, told Yahoo Finance. He noted the stress of “having gone through the entire process in the late spring … of going home early from last school year, and having to finish the year remotely, and then going through the lockdown when the entire summer, having to take these sort of preventative measures.”

The political science and Spanish double major, a junior, has been living on campus housing since early August and was supposed to be studying abroad in London this semester.

“The president of the university — who has brought forth these guidelines for us to follow — deciding that maybe they don’t apply to him,” Kelly-Dutile added, “that seems kind of hypocritical.”

Jenkins penned an op-ed in the New York Times back in May stating that “what we most need now, alongside science, is that kind of courage and the practical wisdom it requires” and adding that in reopening, the school is taking a “courageous” stance “as we face the threat of the virus and seek to continue our mission of education and inquiry.”

Walton, a marketing major with a minor in constitutional studies, stressed that “I honestly don’t even know what he could do other than resign. I don’t know, maybe give up his salary to make sure that like Notre Dame helped, like cleaning staff is like actually compensated fairly for all of the overtime and risk that they’re putting themselves into.”

Notre Dame recently relaxed some of its rules after a drop in testing positivity rate. As of October 4, only 2 cases had been reported, and the 7-day positivity rate for the school was 0.7%.

Another student, who asked not to be named for privacy reasons, noted that those who “had hearings for breaking COVID rules … were given amnesty as a result of the behavior of our president.”

Notre Dame did not respond to request for comment about the rumored amnesties.

Jenkins should have known better than to be caught up in the White House ceremony without wearing a mask.