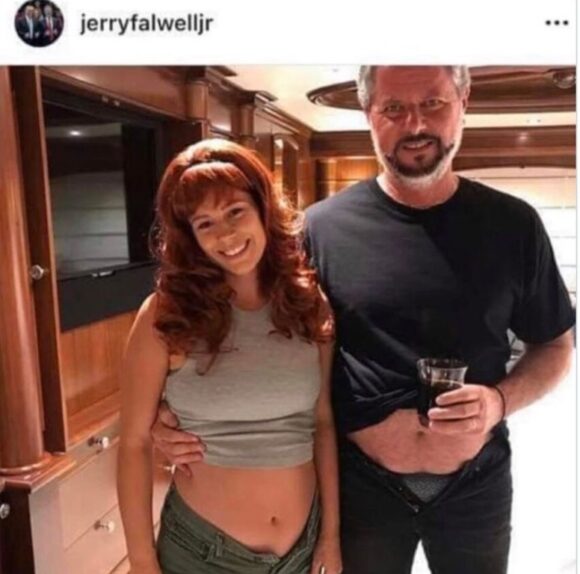 Jerry Falwell Jr., president and chancellor of Liberty University, is taking an “indefinite leave absence from his roles” at the school, the University’s Board of Trustees announced yesterday.

The announcement comes after Falwell, a top evangelical Christian personality in the U.S., shared ― and then deleted ― a vacation photo on Instagram in which his pants were unbuttoned and unzipped.

Falwell has faced pressure this week to resign over the photo, which he defended as having been taken “in good fun.”

Liberty’s board of trustees said it had requested Falwell take the leave of absence and that he had agreed to do so. The change is “effective immediately,” the board said.

Falwell, a vocal supporter of President Donald Trump, is no stranger to controversy.

Liberty was slapped with a class-action lawsuit in April after Falwell insisted on keeping campus open during the coronavirus pandemic. And last year, several current and former Liberty University employees told Politico of multiple instances of questionable behavior by the school president, including his penchant for graphically discussing his sex life with staffers and fostering a toxic, fear-based workplace.