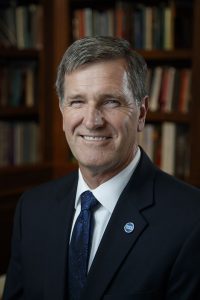 Most of our nation’s colleges and universities have addressed the coronavirus pandemic by cancelling classes, sending students home and moving to online instruction.  Berea College in Kentucky has taken a different approach.  “Many of our students come from rural areas of Appalachia where there is very poor internet access, and, where there is access, it is unaffordable and that is why we specifically ruled out moving online,” said Berea President Lyle Roelofs.  “Their needs have been forgotten by other schools in their haste to go online … so we have gone old-fashioned” said Roelofs.

Berea is going to rely a lot on email which can be accessed through public libraries. It will eschew anything to do with streaming content, which requires more bandwidth, and which isn’t practical for use by students in a public library. The college faculty will try to wrap up courses rather than deliver lectures by email, although in some cases, course material may be emailed or even “snail-mailed,” if need be, to students. Phone calls will be encouraged. Occasionally, teachers might have a session on Zoom, and only to answer questions about projects already assigned.

One small wrinkle in Berea’s approach is that many public libraries are closing. Below is an article that appeared in Diverse Issues in Higher Education and sent to me by Maureen Samedy from Baruch College.

Kentucky’s Berea College is winning plaudits for the way it is dealing with the coronavirus crisis. Berea has canceled all in-person classes from March 13 until, it appears, the end of the academic year. Most other colleges and universities have canceled in-person classes only for a limited period of time at this stage.

Though Berea was reluctant to say in-person classes were canceled for the rest of the academic year when contacted, on its website, it did say it was canceling commencement as well.

Additionally, Berea won’t move to online classes, which many colleges and universities in the country have said they will do when stopping in-person classes. Berea will, instead, help students wrap up courses and assignments remotely, using email “or even snail mail.”

Berea has asked all students to leave campus, yes, but it hasn’t left them to their own devices. It will help finance travel arrangements for those who can’t afford the travel expenses. Those students who are from abroad, or domestic students who don’t have the right circumstances to go back home to, won’t be forced to leave and can stay on campus.

And all students will continue to be paid for their campus work positions – thanks to institutional support and education department guidance allowing it – through the end of the semester, even if they are not on campus and not able to work. Almost all students at Berea work and for a minimum of 10 hours a week, some even more than that.

“I nominate @bereacollege for the best #RealCollege #COVID2019 response I have seen thus far,” tweeted Dr. Sara Goldrick-Rab, professor of higher education and sociology at Temple University. “Look at the acknowledgment of internet issues, housing, and work.”

Others commended Berea for its unique response that didn’t involve jumping on the online bandwagon.

“They appear to be providing a model that people should be following,” said Sean Michael Morris, director, Digital Pedagogy Lab, and senior instructor of learning design and technology at the University of Colorado Denver, to Diverse. “It’s teaching remotely using digital tools,” and it’s different from online teaching which many universities, teachers and students are just not prepared for and which can put students without financial resources at a disadvantage, said Morris.

Berea is very clear about why it’s doing what it’s doing.

“Berea College serves only students who can’t afford tuition, it draws students from the lowest 20% of the socioeconomic spectrum and these students have many disadvantages owing to their background, including those that stem from poverty,” said Dr. Lyle Roelofs, Berea College’s president, in an interview with Diverse. “So we take on a different mission from other colleges and universities.”

At Berea, 95-98% of students are Pell-eligible, 70% come from Appalachia or Kentucky and 40% of the student body are people of color.

“Many come from rural areas of Appalachia where there is very poor internet access, and, where there is access, it is unaffordable and that is why we specifically ruled out moving online,” said Roelofs.

The Berea president said that issues relating to the lack of affordability of broadband are a reality for most students from this demographic, regardless of which university or college they are in.

“Their needs have been forgotten by other schools in their haste to go online … so we have gone old-fashioned” said Roelofs.

Berea is going to rely a lot on email which can be accessed through public libraries. It will eschew anything to do with streaming content, which requires more bandwidth, and which isn’t practical for use by students in a public library. The college faculty will try to wrap up courses rather than deliver lectures by email, although in some cases, course material may be emailed or even “snail-mailed,” if need be, to students. Phone calls will be encouraged. Occasionally, teachers might have a session on Zoom, a videoconferencing tool, but not for lectures, and only to answer questions about projects already assigned.

“The school explored letting students do Zoom courses and discussions, but it’s just not going to work because, where a lot of students come from, there are no cell towers and no internet,” said Kim Brown, associate vice president for marketing and communications at Berea, to Diverse.

“Those people don’t seem to understand that not everyone has the same amenities as them. A lot of students don’t have WiFi access,” he tweeted.

It isn’t just the internet many Berea students won’t be able to afford. With all of them being sent back home, students’ families may not have enough resources to support an extra mouth to feed.

“So we need to send income with them too when students go home,” said Roelofs. “We are also giving students a $100 advance on their paycheck from work. And for students for whom travel is expensive, like if someone has to go to California, we are providing extra funding, so they make it home,” said the Berea president.

Despite this institutional help, some students, especially seniors about to graduate, are disappointed even as they understand why the school is canceling in-person classes.

“At first I was excited, but I soon realized I am supposed to graduate this semester, and I found out [about] graduation being canceled. … I was happy only for a second there,” said Berea senior Zita Erez, to Diverse. “I definitely appreciate the recognition due to the graduating college student and it saddened me as I was looking forward to it.”

She added that “it’s a great thing” students will still be paid and said she understands “the gravity of the situation and why they have to do it.”

Roelofs acknowledges that students were taken by surprise at Berea’s announcement that the institution was canceling all in-person classes and asking students to leave campus.

“Students had no idea we were planning this response. We announced earlier that we would be served by our ‘pandemic plan’ and made people aware of it,” said Roelofs, adding that only in the last week did the college realize the plan, which involves quarantining students, wouldn’t do enough to guarantee the safety of students and staff.

“The place where that ‘pandemic plan’ falls short is partly tied to the nature of the coronavirus, in that the transmission of infection is primarily due to contaminated surfaces, which means in practice if you quarantine someone, they would have to be completely isolated which means they have to be in a single room with an attached bath and no sharing,” he said.

That would have been untenable for the college of 1,660 students, said Roelofs. Around 200 students will remain on campus, but Berea can accommodate single-room quarantines for that number.

The college realized earlier this week it must disperse students to reduce the chance of infections. It also knew the local health authorities wouldn’t allow the dispersal of students even if there was one case of infection, said Roelofs.

“We believed we could become a cruise ship wanting to dock somewhere and not being allowed to. We didn’t want to reach that point.”