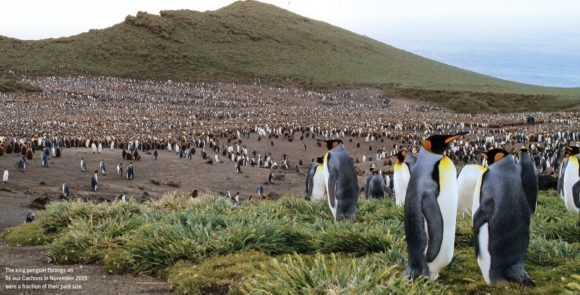 Scientists are trying to figure why a colony of 900,000 King penguins have disappeared from their natural habitat on an island located between Madagascar and Antarctica.   An article in this week’s edition of Science Magazine speculates on the reasons for the disappearance including environment issues such as ocean warming.  It also reviews well the difficulties of conducting research in such an isolated place.  In addition to its remoteness and weather challenges, government restrictions are inhibiting any intrusive research expeditions.  Below is the article. 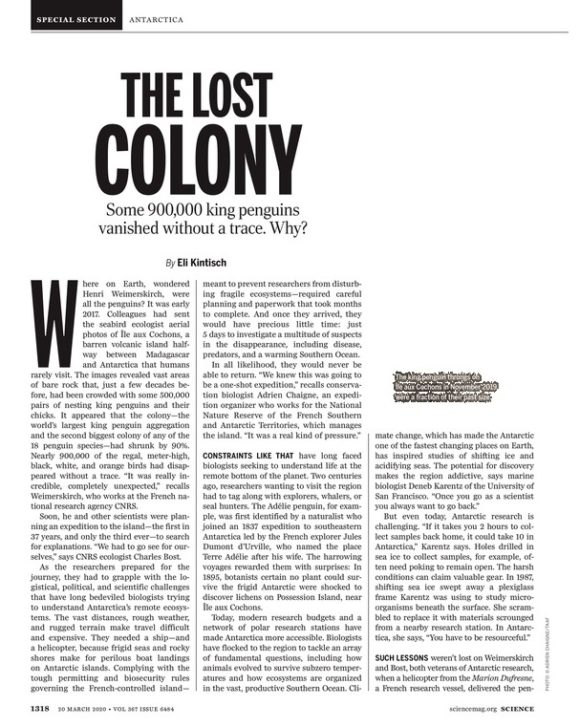 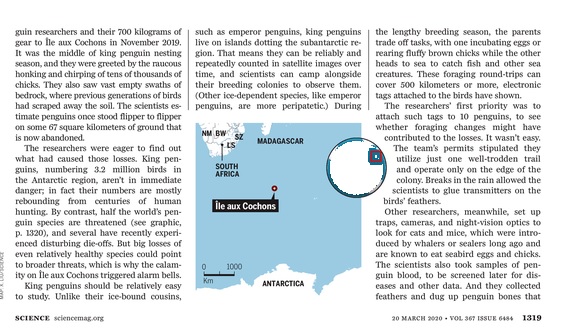 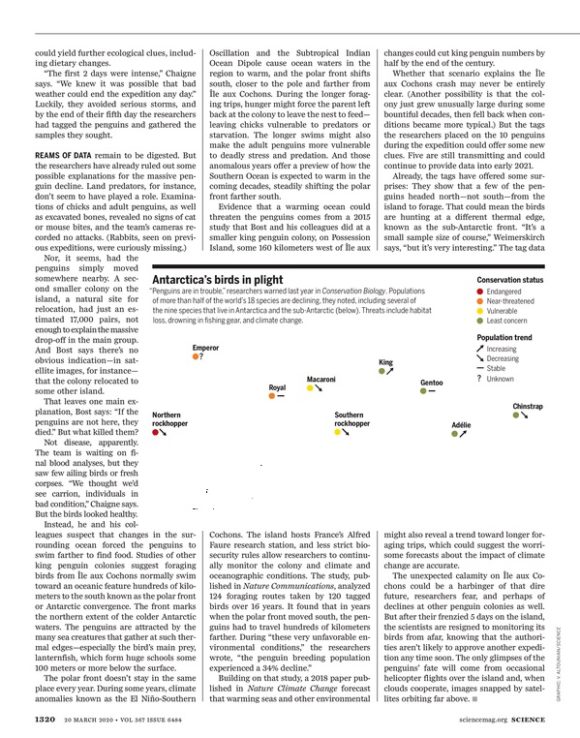