At a time when Southern states are debating the removal of Confederate monuments, Maryland is adding bronze statues of two of the state’s famous black historical figures to the Maryland State House.  The statues of abolitionists Harriet Tubman and Frederick Douglass will be unveiled tonight  in the Old House Chamber, the room where slavery was abolished in Maryland in 1864.   As reported by the Associated Press.

While the commissioning of the statues was put in motion several years ago, their arrival coincides with new leadership in the state legislature, including Maryland’s first black and first female speaker of the House and the first new Senate president in more than three decades.

Tubman escaped from slavery to become a leading abolitionist who helped slaves escape through the Underground Railroad. Douglass also escaped slavery on Maryland’s Eastern Shore. He went on to become an author, speaker, abolitionist and supporter of women’s rights. His autobiography, published in 1845, was a best-seller that helped fuel the abolitionist movement.

The statues aren’t the only recent examples of the state taking steps to reflect its rich black history.

Last month, a portrait of a black female lawmaker replaced one of a white governor who had been on the wall for 115 years. The painting of Verda Welcome, who was elected to the state Senate in 1962, is the first portrait of a black person to adorn the Maryland’s Senate walls.

During the unveiling ceremony, Ferguson, who became Senate president last month, recalled a letter he received from an 8th grader in Baltimore several years ago. The student wrote she was saddened she did not see anyone who looked like her in the paintings that decorate the State House.

“We’ve heard a lot about change in these chambers over the last few days, and portraits are, I admit, less impactful than our elected leaders, but the public display of portraits is meaningful,” State Archivist Tim Baker said during the ceremony. “Images have an importance that transcends the painted canvas.”

Mary Sue Welcome, the late senator’s daughter, said during the unveiling of her mother’s portrait that she was struck by how much more diverse the legislative body has become since her mother served in office.

“When I was a little girl I used to come to these chambers — and to the one across the hall — and I would look around and the color was a lot different than it is now,” Welcome said. “The coloration is so absolutely beautiful now.”

Maryland also has removed painful reminders of its past in recent years.

In 2017, the state removed a statue of Roger B. Taney, the U.S. Supreme Court justice who wrote the 1857 Dred Scott decision that upheld slavery and denied citizenship to African Americans.

State officials voted to remove the Taney statue days after a woman was killed in Charlottesville, Virginia. Heather Heyer, 32, was killed when a man rammed his car through a crowd of people who were there to condemn hundreds of white nationalists who were protesting the planned removal of a statue of Confederate Gen. Robert E. Lee.

Congratulations to the government leaders in the state of Maryland! 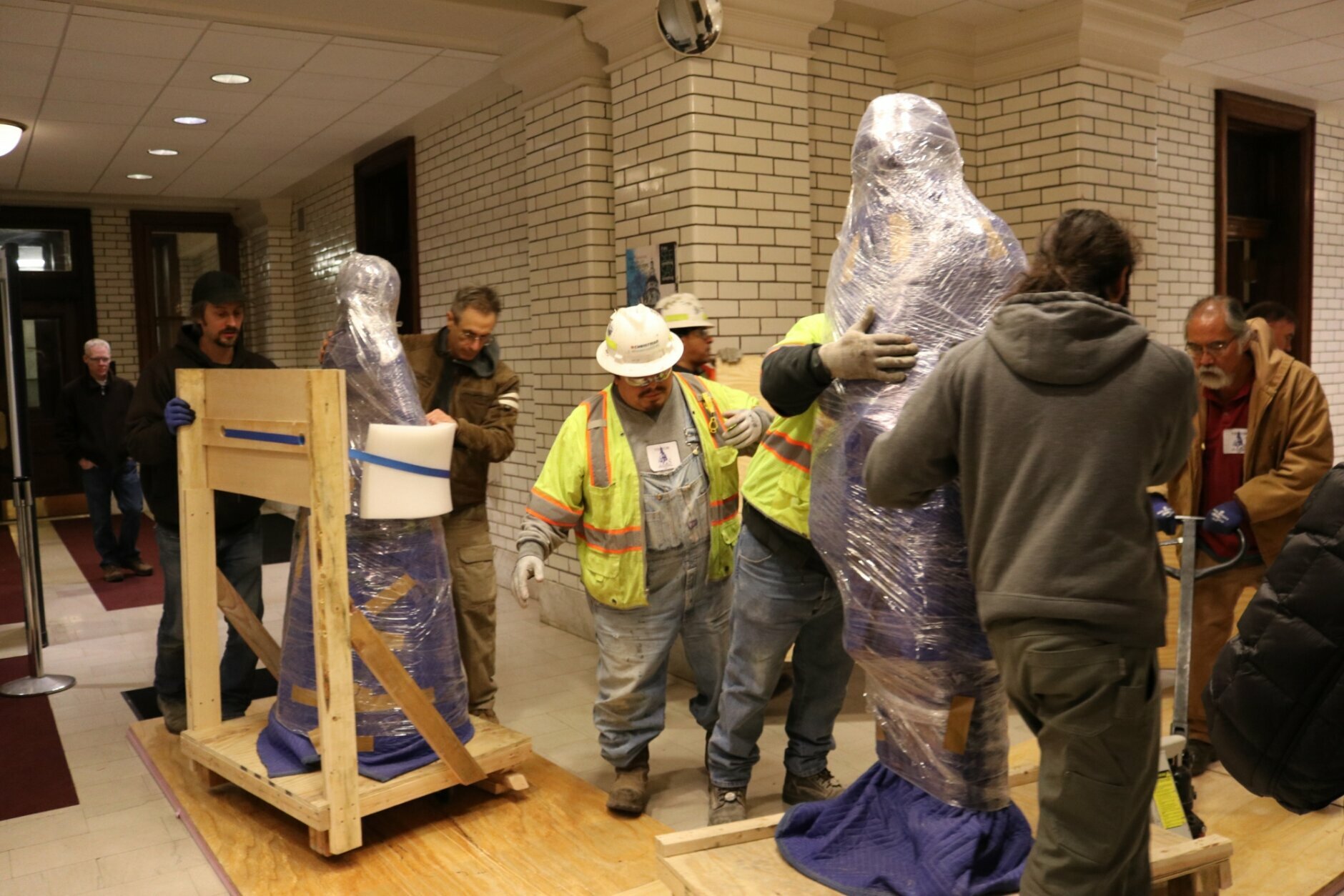