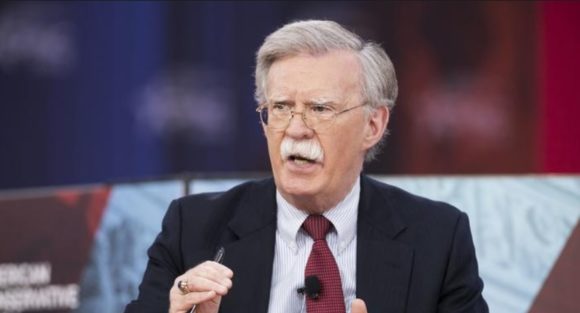 Former national security adviser John Bolton said this morning that he is willing to testify before the Senate in President Donald Trump’s impeachment trial if he is subpoenaed.

“I have concluded that, if the Senate issues a subpoena for my testimony, I am prepared to testify,” Bolton said in a statement.

Bolton’s agreement to testify if subpoenaed, however, doesn’t necessarily mean the Senate will actually hear from him.

Senate Majority Leader Mitch McConnell (R-Ky.) and Minority Leader Chuck Schumer (D-N.Y.) are currently trying to work out an agreement on what the rules will be for an impeachment trial.

The Democratic position is that calling witnesses is essential to a fair process, and Schumer has specifically requested the testimony of four people who did not testify before the House ― including Bolton. But McConnell hasn’t agreed to subpoenaing witnesses or additional documents that shed light on the Ukraine scandal and what role Trump specifically played in pressuring the country to investigate former Vice President Joe Biden and his family.

House Democrats decided not to subpoena Bolton while the chamber mulled over whether to draft impeachment articles last year. They reached the decision after the White House declared it wouldn’t cooperate with the hearings and instructed top officials who’d already been subpoenaed not to comply.

House Speaker Nancy Pelosi (D-Calif.) has so far refused to send the articles of impeachment to the Senate, meaning McConnell has not been able to start the trial.

If Bolton genuinely wants to all the information he has about Trump’s conduct, there are ways he could do so without waiting for a subpoena, such as talking to Congress voluntarily or even giving an interview to the press.

Bolton’s statement also does not indicate whether his testimony will support or refute the impeachment allegations.  He has been a loyal, long-time Republican Party official for decades.  He also left the Trump’s administration last year because of serious disagreements over foreign policy.

Bolton’s statement(s) and actions will be followed closely during future impeachment proceedings.