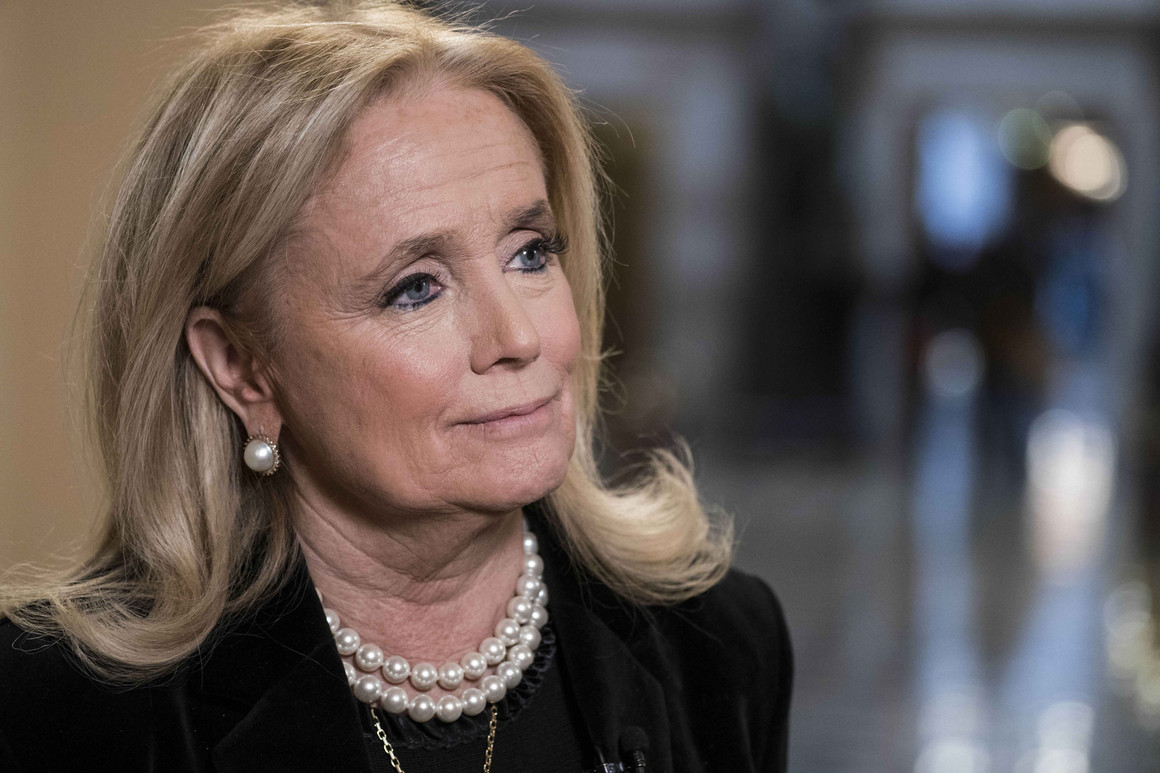 Rep. Debbie Dingell, D-Mich., said yesterday that President Trump “crossed a line” when he mocked her late husband at a campaign rally, but said she doesn’t need an apology from him. Instead, the lawmaker said she hopes the episode will be a lesson for the president to “think a little more sometimes.”  As reported by Fox News and Yahoo News.

“We have to learn in our country that you can disagree agreeably. I understand that this impeachment was a very personal issue to him. But I think there are lines that you don’t cross. And I think he crossed a line there,” Dingell said on “Fox News Sunday.” “I don’t need an apology, don’t want an apology. I don’t want a campaign to begin around that. What I do want is people to take a deep breath and think going forward that their words have consequences, that they can hurt, and how do we bring more civility back to our political environment.”

While speaking at a rally in Battle Creek, Mich., last week, Trump brought up the late congressman and his widow, who now holds his seat and voted, along with almost all the House Democrats, for impeachment.

“Debbie Dingell, that’s a real beauty,” Trump said, noting he was watching her on television during the impeachment proceedings.

The president said he gave the Dingell family the “A-plus treatment” after John Dingell’s death in February, falsely claiming he allowed him to lie in state in the Capitol Rotunda. (That honor can only be bestowed by Congress. Trump did order flags at half-staff after Dingell’s death.) Trump described an emotional phone call with Debbie Dingell, in which she thanked him for his consideration and told him that her husband was looking down from heaven and “thrilled.”

“Maybe he’s looking up,” Trump wisecracked, drawing some moans from the crowd in Michigan, a state Dingell represented for more than 59 years, although his district was in another part of the state.

“It just sort of kicked me in the stomach” Dingell said after Wallace showed a clip of Trump’s remark. “It was a politicization of something that didn’t need to be so.”

In defense of the president, White House press secretary Stephanie Grisham called Trump a “counterpuncher,” although it wasn’t clear from her remarks whom he was punching against: the deceased lawmaker, or his widow. She said Trump was “just riffing” in the presence of “a very, very supportive and wild crowd.”

“He has been under attack, and under impeachment attack, for the last few months, and then just under attack politically for the last two and a half years. I think that as we all know, the president is a counterpuncher,” Grisham said. “It was a very, very supportive and wild crowd, and he was just riffing on some of the things that had been happening the past few days.”

When asked why Trump won’t apologize to Dingell for his comments, Vice President Mike Pence’s chief of staff, Marc Short, defended Trump, saying that while the administration respects John Dingell’s service, the late congressman was “not exactly a wallflower.”

“I’m sorry she’s hurting and I certainly wish her the best as she deals with the circumstances,” Short said when Wallace pointed out that this year, Dingell will be celebrating Christmas without her husband for the first time in 38 years. “I think that our administration respects the service of John Dingell. … We respect his service to our country in Congress, and we respect her service to our country in her following her husband in Congress.

“But in light of where we were on Wednesday night [when the House voted to approve two articles of impeachment], I think the president was saying John Dingell was not exactly a wallflower,” Short continued. “John Dingell called the president an imbecile in his closing months. John Dingell himself as well had a lot of critical comments about the president, yet he took time to call Debbie Dingell to express his personal condolences on the passing. He lowered flags to half-mast. I think at the time and the moment the president is feeling, you know, that in the midst of an impeachment vote that that was something that came up in his rally speech.”

House members from both parties have called for Trump to apologize, but Debbie Dingell said she just hoped “something good” could come from this episode.

“This is going to be a hard holiday for me. It’s been hard, I miss him with my whole heart and soul. But if something good can come out of this, if maybe the president can think a little more sometimes. … I would like to work with the president and everyone else to be just a little be kinder,” Dingell said.”

Dingell has more class in her pinkie than Trump has in his entire bloated body.