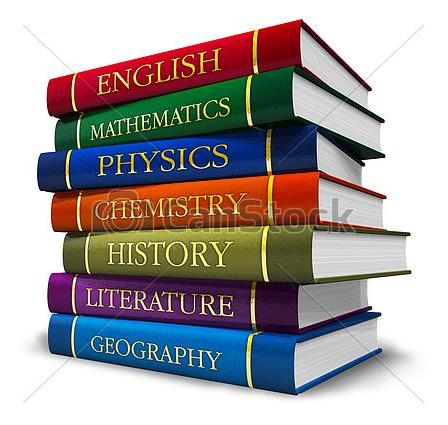 Earlier this week, Pearson announced that it would be going all digital in its textbook division and eliminating traditional paper copy.  As reported in The Chronicle of Higher Education:

“If the road to textbook domination was once paved with paper, Pearson is betting the future will be digital. The publisher announced this week that it would transition to a digital-first model, wherein future textbook releases would be updated in digital formats on a continuing basis, rather than updating print titles every three years, as it had previously done.

The move comes at a time of uncertainty for Pearson. The publisher has more than 1,500 American titles but must compete with McGraw-Hill, which is slated to merge with Cengage, combining two of the country’s three largest textbook-publishing giants.

A digital-first strategy not only would cut costs at a time of increased competition, industry experts said, but it would also help clamp down on the challenge posed by websites like Amazon and Chegg, which have undercut publishers by reselling textbooks at significantly lower prices.

“This is less of an inflection and more of a milestone in a transition that’s been underway for a long time,” said Gates Bryant, a partner at Tyton Partners, an investment-banking and strategic-consulting firm focused on the education market.

Bryant said the continuous-update schedule would ensure content is up to date for faculty and students, with less confusion over which edition to buy. But some observers worry that, on the ground, the change will do little to make materials more affordable for students. Kaitlyn Vitez, director of the Make Higher Education Affordable Campaign at the U.S. Public Interest Research Group, said the move doubles down on a model that gives Pearson more opportunities to charge students for access to digital platforms requiring costly access codes.

Textbook costs have already grown exorbitant. According to the College Board, the average college student should budget more than $1,200 per year for textbooks and supplies, creating a barrier to entry for lower-income students. With about 80 percent of the market dominated by just five companies, prices on textbooks rose 1,041 percent — more than triple the rate of inflation — from 1977 to 2015, according to NBC’s analysis of Bureau of Labor Statistics data.

Pearson announced its average e-book price would be $40, with a $70 price point for the “full suite of digital-learning tools.” The company has also transitioned into providing online programs such as MyLab and Mastering, platforms for professors to host homework assignments and administer courses.

Mike Hale, vice president of North American education for VitalSource, a leading distributor of digital course materials, pointed to the resale market as one reason for publishers to raise prices. Pearson, for example, would put money and resources into producing a textbook, print it, make money on that first sale, then see revenue cycles continue in the secondary market without them.

“So they shorten the edition cycle, and they jack up the price just to keep the lights on,” Hale said. “By moving to digital, they remove the need to do that short revision cycle.”

To an extent, the move to digital would help cut off access to secondary markets. Digital textbooks would update, and courses could incorporate access codes built into the platform, effectively rendering older textbooks outdated. For Pearson and other publishers, that’s good business. But in the eyes of advocates for affordable education, it’s a cause for concern.

“We know that today’s students increasingly use social media and technology in the classroom,” Vitez said, “but that doesn’t mean that they don’t want the flexibility of print options.”

Even with Pearson promising more affordable e-books in the short term, “we have no guarantees that prices are going to stay at that rate,” she said.

A key component of Pearson’s digital-first strategy is its partnerships with colleges, in which textbook prices are baked into tuition or student fees (at lower-than-market prices). Called inclusive-access programs, the partnerships obligate students to pay for access to short-term, expiring platforms that host homework assignments and other course materials, with the ability to opt out.

Those who do opt out, Hale said, lose access to the online textbooks and course materials.

Pearson, Hale said, “is going all in on inclusive access, as is every other publisher.”

In theory, it hopes to eliminate an issue Vitez cited from a U.S. PIRG study: 65 percent of students reported skipping a book purchase because of cost, even though 94 percent said they knew the move would affect their grade. The hope is that students have access to all course materials on Day 1.”

Whether we like it or not, Pearson is paving the way for higher education’s digital future.  And it won’t just be textbooks.