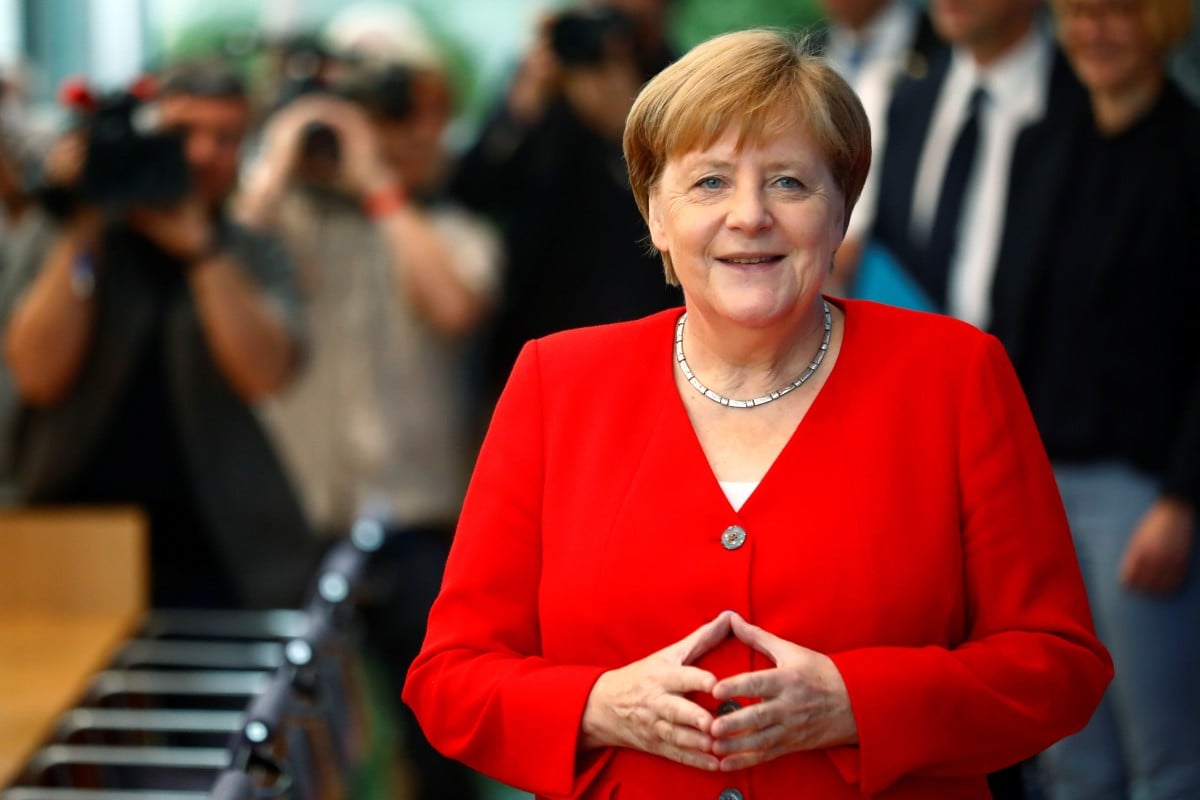 “I firmly distance myself from that, and I feel solidarity with the women who have been attacked,” Merkel said yesterday during a news conference, according to NBC News.

Trump has been targeting the four lawmakers in racist attacks since last Sunday ― Reps. Alexandria Ocasio-Cortez of New York, Ilhan Omar of Minnesota, Ayanna Pressley of Massachusetts and Rashida Tlaib of Michigan, known collectively as “the Squad.”

His vitriol crested at a campaign rally Wednesday in Greenville, North Carolina, where Trump fans chanted “Send her back!” in response to the president’s diatribe against Omar, who came to the U.S. as a child.

Merkel pointed out that U.S. power is rooted in diversity.

“I want to say clearly that from my perspective, the strength of America lies in the fact that it’s a country in which people of quite different nationalities have contributed to the strength of the American people,” she said. “And so when I hear there are things or statements that run counter to that, I have to speak.”

Trump has had a tense relationship with Merkel as president. In May, she told Harvard University graduates to “tear down walls of ignorance and narrow-mindedness,” in what appeared to be a rebuke of Trump’s policies and rhetoric.

Several other world leaders have spoken against Trump’s comments this week.

Boris Johnson and Foreign Secretary Jeremy Hunt, who are competing to succeed May as prime minister, echoed her sentiments in their debate Monday, though neither was willing to call Trump’s comments racist.