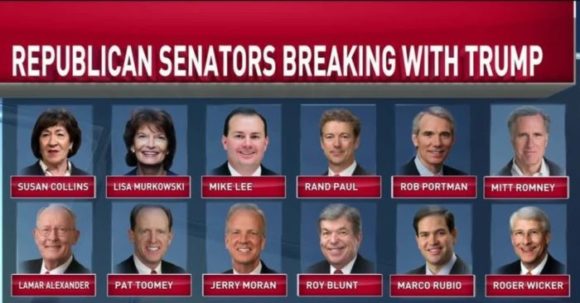 Finally, in a rare display of independence, twelve Republican senators yesterday defied President Trump and joined Democrats in passing a resolution to nullify the President’s declaration of a national emergency at the Mexican border.  Having easily passed in the Democratic-controlled House, the legislation is on track to draw the first veto of Mr. Trump’s presidency.

We congratulate these twelve senators for putting country ahead of party.  It would be nice if other Republicans did the same starting with party leaders such as Mitch McConnell and Lindsey Graham.