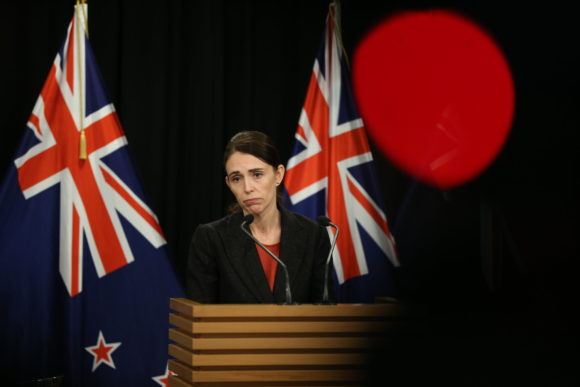 “This is one of New Zealand’s darkest days,” said Prime Minister Jacinda Ardern.

A mass shooting at two mosques in Christchurch, New Zealand, left at least 49 people dead and the city on lockdown for hours.

“It is clear that this can now only be described as a terrorist attack,” Prime Minister Jacinda Ardern said at a news conference. “From what we know, it does appear to have been well planned. …These are people who I would describe as having extremist views that have absolutely no place in New Zealand and in fact have no place in the world.”   As reported by the New York Times and other media:

“Some of the shootings were streamed on Facebook, a grim development in terrorism that raised questions about the ability of tech companies to block violent content.

The police said three men and one woman were in custody. One of those in custody is Brenton Tarrant (see photo below), who appears to have masterminded the attack.

New Zealand’s police commissioner, Mike Bush, said that a number of explosive devices were found in vehicles stopped by the police. The police warned residents of central Christchurch to stay indoors and asked mosques to close.

“This is and will be one of New Zealand’s darkest days,” Ms. Ardern said at a news conference.

“It is clear that this can only be described as a terrorist attack,” she added.

Mr. Bush said a mosque on Deans Avenue near Hagley Park, in the center of the city, and a mosque on Linwood Avenue, about three miles away, were attacked.

The attacks began at about 1:40 p.m., not long after the midday Friday prayer, when the mosques would be most busy. Ms. Ardern said that many of the victims were most likely migrants to New Zealand or even refugees.

“They are one of us,” she said. “The person who has perpetrated these acts is not.”

Shortly before the shooting, someone appearing to be the gunman publicly posted links to a manifesto on Twitter and 8chan, an online forum. The 8chan post included a link to what appeared to be the gunman’s Facebook page, where he said he would soon broadcast live video of the attack.

The 17-minute video, which appeared to be recorded on a helmet camera, shows his drive to the mosque, followed by a harrowing nearly two minutes of his firing on the worshipers in one of the mosques before fleeing the building and running back to his car and swapping weapons.

He then is seen re-entering the mosque and again begins shooting, continuing to methodically move through the mosque. Several victims can be seen in the footage, many lying on top of one another motionless in a corner of the room.

After another few minutes, he leaves again, gets in his vehicle and drives away, talking to himself throughout.

“There wasn’t even time to aim, there was so many targets,” he says at one point.

The New Zealand police said on Twitter they were “aware there is extremely distressing footage relating to the incident in Christchurch circulating online,” and urged people not to share the link. “We are working to have any footage removed,” the police said.

Facebook said it was alerted by the police shortly after the livestream started. “We quickly removed both the shooter’s Facebook and Instagram accounts and the video,” Mia Garlick, a Facebook representative, said in a statement. “We’re also removing any praise or support for the crime and the shooter or shooters as soon as we’re aware.”

The video and Twitter posts showed weapons covered in the names of past military generals and men who have recently carried out mass shootings.

In his manifesto, Brenton Tarrant identified himself as a 28-year-old man born in Australia. He listed his white nationalist heroes, described what he said motivated him to attack, and said he purposely used guns to stir discord in the United States around the Second Amendment.”

How sad that these poor victims were killed in places of prayer and by such a despicable maniac. 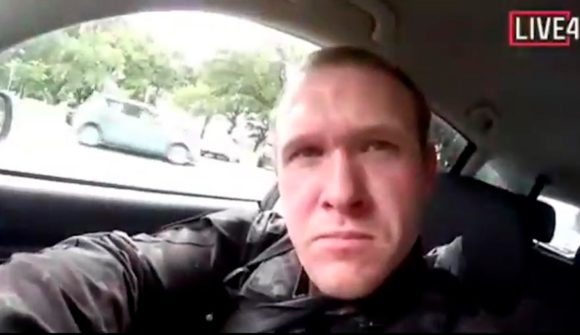