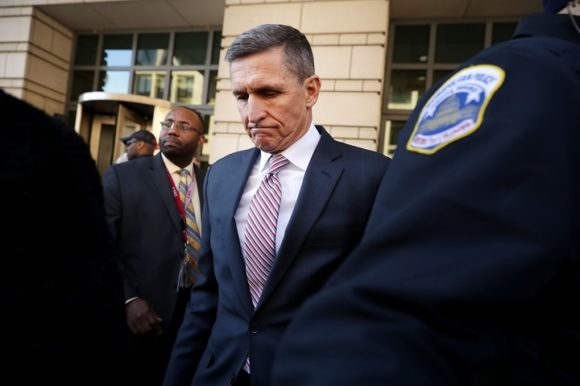 In Washington, Judge Emmet Sullivan let Michael Flynn know that you can parrot political spin or you can tell the truth, but you can’t do both to someone who can send you to prison.  Here is a recap courtesy of the New York Times:

“Michael Flynn, Mr. Trump’s former national security adviser, appeared before Judge Emmet Sullivan to be sentenced to what he expected would be a term of probation, after pleading guilty to lying to federal investigators about conversations with the Russian ambassador. The office of the special counsel, Robert Mueller, had earlier filed a memo that said it would be right for Mr. Flynn to avoid prison after his extensive cooperation in the investigation of Trump ties to Russian meddling in the 2016 presidential campaign and after.

Then last week, in a memo about their client’s sentencing, Mr. Flynn’s lawyers implied that he had been tricked into lying and that the F.B.I. acted improperly in interviewing him — points raised by pro-Trump commentators elaborating on the president’s claims of being victimized by a witch hunt.

Judge Sullivan was having none of it.

“I cannot recall an instance of a court ever accepting a guilty plea from someone who did not maintain he was guilty,” Judge Sullivan said, “and I do not intend to start today.”

Chastened, Mr. Flynn told the judge that nobody tricked him, that he lied and that he knew he shouldn’t have.

The judge was not upset only about Mr. Flynn’s sneaky prevarication. He said he felt “disgust” at Mr. Flynn’s offenses, that a retired three-star general would lie to the F.B.I. “while on the physical premises of the White House,” and, acting as an unregistered agent of a foreign country, Turkey, while he was an adviser to Mr. Trump (to which he admitted but was not charged). It was a bracing reminder of the brazenness of his misdeeds and of the standards the public should be able to expect of those who serve them.

Realizing that Judge Sullivan was considering a term of up to six months in prison, Mr. Flynn accepted his offer to delay the sentencing for 90 days until he has completed his cooperation with the special counsel.

“Thanks for nothing, Mr. President,” Mr. Flynn might have thought as he left court.

Mr. Flynn should be grateful the judge offered him the chance to come clean.”