Special Counsel Robert Mueller and the U.S Attorney’s Office for the Southern District of New York delivered long awaited sentencing memoranda in their respective courts yesterday.  The memoranda were heavily redacted much to the chagrin of the media and the public wanting to know more of the details in the Mueller investigation.  Below are several highlights from each memorandum complements of The Huffington Post.

The special counsel said in a memo to a federal judge that Manafort lied to investigators in the special counsel’s office about his contacts with administration officials, among other things.

Mueller’s filing on Cohen outlined how the attorney assisted the special counsel’s office by providing “information about his own contacts with Russian interests during the campaign” as well as details on the Trump Organization’s real estate plans in Russia. Cohen also admitted to making hush-money payments to two women at the direction of Trump.

In another filing Friday, the U.S. Attorney’s Office for the Southern District of New York submitted a sentencing memo for Cohen recommending he served 42 months.

All three court filings provide new insight into where the special counsel’s investigation currently stands. Here are some of the most interesting tidbits. 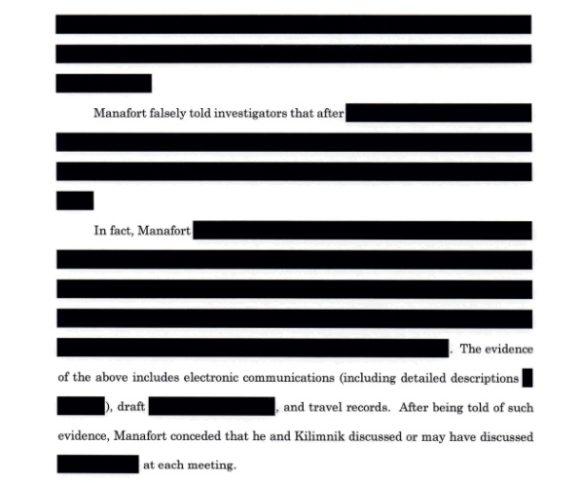 The Southern District Of New York’s Memo On Cohen

U.S. Attorney’s Office for the Southern District of New York Prosecutors plainly state that Cohen acted at the direction of Trump.

This was not a blind act of loyalty, as Cohen has also suggested. His actions suggest that Cohen relished the status of ultimate fixer – a role that he embraced as recently as May 2018. Cohen was driven by a desire to further ingratiate himself with a potential future President … and arranged for the payments in an attempt to increase his power and influence. U.S. Attorney’s Office for the Southern District of New York

Special counsel’s office Mueller noted that Cohen’s alleged discussions of the Moscow Project with Trump were especially concerning considering Russia’s attempts to interfere with the election.

The person told Cohen that such a meeting could have a ‘phenomenal’ impact ‘not only in political but in a business dimension as well,’ referring to the Moscow Project, because there is ‘no bigger warranty in any project than consent of [the President of Russia]. Special counsel Robert Mueller