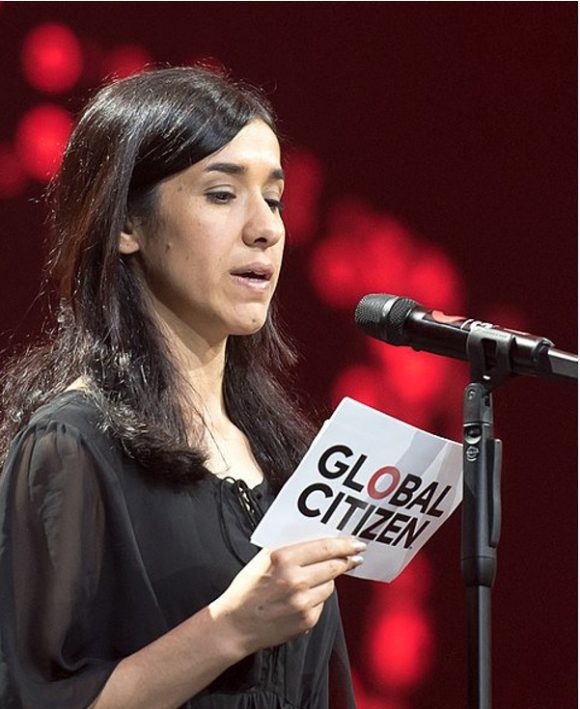 The Nobel Peace Prize on Friday was awarded to a Yazidi former captive of the Islamic State group and a Congolese doctor for their work to highlight and eliminate the use of sexual violence as a weapon of war.  As reported by various media.

Nadia Murad and Denis Mukwege “have made a crucial contribution to focusing attention on, and combating, such war crimes,” the Norwegian Nobel Committee said in its announcement.  “Nadia Murad is the witness who tells of the abuses perpetrated against herself and others. Denis Mukwege has devoted his life to haelping and defending women like Nadia.

Murad is one of an estimated 3,000 Yazidi girls and women who were victims of rape and other abuses by the IS army. She managed to escape after three months and chose to speak about her experiences. At the age of 23, she was named the U.N.’s first Goodwill Ambassador for the Dignity of Survivors of Human Trafficking.

Mukwege has treated thousands of women in Congo, many of whom were victims of gang rape. Armed men tried to kill him in 2012, forcing him to temporarily leave the country.

Other Nobel prizes awarded this year were:

Nobel Prize in physiology or medicine was awarded to James P. Allison and Tasuku Honjo for advances in discovering how the immune system can fight off cancer.

Nobel Prize in physics was awarded to Arthur Ashkin, Gérard Mourou and Donna Strickland for groundbreaking inventions in the field of laser physics.

The Nobel Prize in Economics will be awarded on Monday.