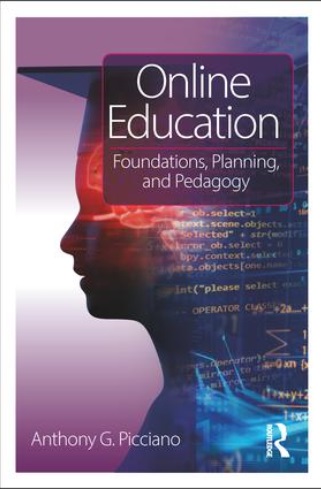 My latest book, Online Education:  Foundations, Planning, and Pedagogy  has just been published by Routledge/Taylor & Francis.  Online Education…  is an exploration of blended and fully online teaching platforms, addressing history, theory, research, planning, and practice. As colleges, universities, and schools around the world adopt large-scale technologies and traditional class models shift into seamless, digitally interactive environments, critical insights are needed into the implications for administration and pedagogy. In this book, I examine the past and present before analyzing its fundamental changes to instruction, program integration, social interaction, content construction, networked media, policy, and more. A provocative concluding chapter speculates on the future of education as the sector becomes increasingly dependent on learning technologies. It is available at:

Below is an excerpt from the Preface.

In the 1950s, I attended elementary school in the South Bronx, New York City. The technol­ogy I used in kindergarten through second grade was a pencil as I learned to print the letters of the alphabet. In third grade I was taught cursive and midway through the year I was required to use a fountain pen. We were not allowed to use a ballpoint pen. My teachers also insisted that we use Waterman’s washable blue ink in case we spilled any on our clothes. The only other technologies I used in elementary school were a twelve-inch ruler and a box of Crayola crayons that cost ten cents, had eight colors and came in a familiar yellow and green box. I never had a science class in my nine years (K–8) of elementary school. The only science I ever experienced in my young years occurred during visits to the Museum of Natural History, the Hayden Planetarium, the Bronx Zoo, and through science fiction movies in the local theaters. Among my favorite movies were the Flash Gordon serials that were rerun on Saturday morn­ings, generally in the winter months.

In 1980, I bought my eleven-year old son, Michael, a Radio Shack Color Computer. This was one of the very early and successful personal computers. It did not come with a screen (we had to hook it up to an old television) and there was practically no software for it except a BASIC (Beginners All-purpose Symbolic Instruction Code) interpreter. I taught Michael BASIC and after a while he was able to write rudimentary programs, mostly involving simple computations. A year later, Michael and one of his friends, Tommy, wrote a fairly sophisticated program (for the time) for a science fair. The program simulated the solar system with photos and facts about each planet. It was the only computer-based project in the fair. I was proud of what Michael and Tommy had achieved and the project won an award.

In 2017, I visited my daughter Dawn Marie and her family in Poulsbo, Washington. She has two children, twelve-year old Michael Anthony and ten-year old Ali. They showed me the Chromebooks that all students receive free of charge from their Klahowya School in the Central Kitsap School District 401. Their Chromebooks are connected to the cloud-based platform PowerSchool that provides them with a variety of instructional services including all of their textbooks as well as supplementary curricula material that teachers and students can use in class, at home, or on the school bus. In addition to basic software such as Google.docs and ClassLink, the Chromebook provides access to a host of instructional packages such as Imagine Learning for language arts, Renaissance for reading, and the Destiny Library Catalog. The Chromebook also allows parents and the children access to all grades and assessments. Another major benefit is that students can collaborate easily with one another on group projects. The Chromebook also comes with screening software so that the children can only use it for instructional activi­ties. If you think the Klahowya School is unique, my two granddaughters, Isabella and Gracie, who attend school in Mahopac, New York, also use Chromebooks. In fact, it is estimated that more than half the nation’s primary- and secondary-school students—more than 30 million children—use Google education applications (Singer, 2017). I mention these three vignettes to demonstrate how our schools have advanced incredibly in their use of technology in teaching and learning. From no technology in my generation, to a novelty in my son’s generation, to becoming an essential part of the learning experience in my grandchildren’s generation. Just imagine what my great grandchildren will be doing in the not too distant future.

I hope that you will find this book helpful as you consider the issues involving online educa­tion… Quality instruction must be at the top of our priorities in the online environment as well as in the face-to-face classroom, and student success must be maintained as the foremost goal regardless of modality. I enjoyed working on this book because one learns so much when trying to share knowledge with others using the written word. I sincerely hope that this book lives up to your expectations and wish you much success in your endeavors.