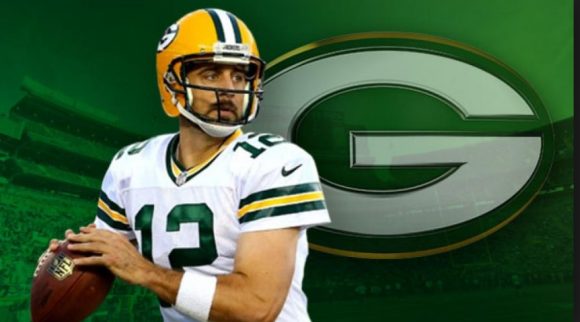 In an interview with NFL Media’s Michael Silver, Rodgers said he supports James and thinks James’ non-response to Trump was the right way to handle the situation. He called it “absolutely beautiful.”

“At a time where he’s putting on display his school, which is changing lives, there’s no need,” Rodgers told Silver. “Because you’re just giving attention to that (tweet); that’s what they want. So just don’t respond.”

Rodgers said he didn’t reply to the Trump tweet about James because “LeBron needs no help.”

“He has stood on his own two feet for years, and he has done some incredible things, and he needs no support,” Rodgers told NFL.com. “He knows he has the support of his contemporaries, in his own sport and in other sports, and he’s gonna be fine.’”

Rodgers added that the NFL should ignore Trump also with regard to the national anthem policy.

Trump told Cowboys owner Jerry Jones once, according to Jones’ sworn deposition via the Wall Street Journal, that the national anthem issue was a “winning, strong issue for me.” He told Jones the NFL can’t win on the issue, because “this one lifts me.”

It’s hard for NFL players to not respond when Trump calls those who are trying to bring awareness to social issues such as racial inequality a “son of a bitch.” But as Trump continues to attack the NFL — NFL owners were the only ones who couldn’t see that coming — Rodgers said the best way to handle it is to not give Trump more publicity.

It won’t be easy for the NFL and its players to ignore Trump. As we know, Trump is aware the entire issue “lifts” him, and he won’t forget that. And the NFL is full of proud players who don’t take kindly to being called a “son of a bitch.”

But Rodgers makes some good points and it’s easy to follow his logic. And had the NFL ignored Trump from the beginning, we probably wouldn’t still be talking about the entire issue.